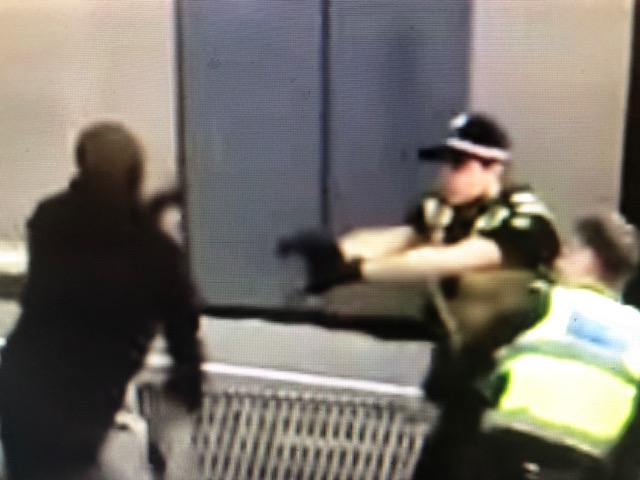 One person has been stabbed to death while two other victims remain in hospital after a knife-wielding man went on a rampage on a busy Melbourne street.

Officers were forced to open fire on the attacker, who now remains in a critical condition under police guard in hospital, on Friday afternoon.

Footage from the Bourke Street scene shows a man making stabbing gestures at two uniformed officers near a burning car before he was shot.