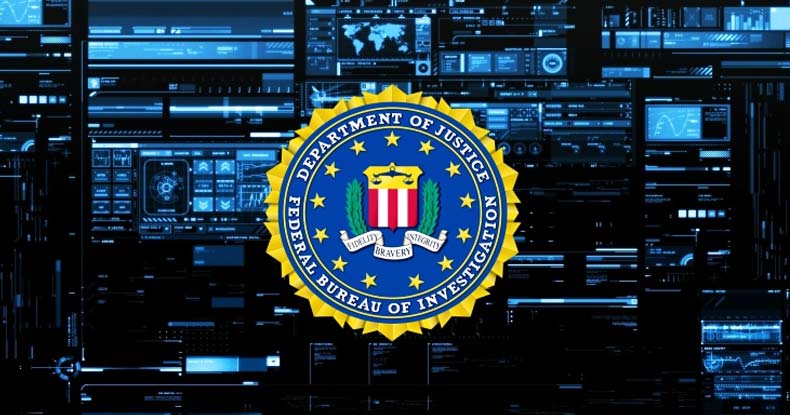 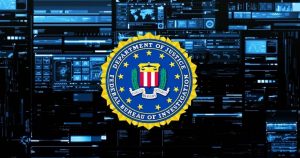 The website Cryptogon has pieced together some interesting facts, and a quite odd “coincidence.” I’m bolstering their work.

First of all, the Orlando shooter, Omar Mateen, changed his name in 2006. As NBC News notes: “Records also show that he had filed a petition for a name change in 2006 from Omar Mir Seddique to Omar Mir Seddique Mateen.”

Why is that important? Why is his original last name, Seddique, also spelled Siddiqui, significant? Because of a previous terrorism case in Florida, in which the FBI informant’s name was Siddiqui. And because that previous case may have been one of those FBI prop-jobs, where the informant was used to falsely accuse a suspect of a terrorist act. The New Yorker (cited above) has details:

This is not the first time that the F.B.I. has attracted criticism from national-security experts and civil-liberties groups for generating terrorism cases through sting operations and confidential informants. In ‘The Imam’s Curse,’ published in September, I reported on a Florida family that was accused of providing ‘material support’ to terrorists. In that case, a father, Hafiz Khan, and two of his sons were arrested. The charges against the sons were eventually dropped, but Hafiz Khan was convicted and sentenced to twenty-five years in prison. At Khan’s trial, his lawyer, Khurrum Wahid, questioned the reliability of the key [FBI] informant in the case, David Mahmood Siddiqui. Wahid accused Siddiqui, who’d had periods of unemployment, of lying to authorities because his work as a confidential informant was lucrative. For his role in the case, Siddiqui had received a hundred and twenty-six thousand dollars, plus expenses. But in a subsequent interview with the Associated Press, Siddiqui stood by his testimony and motives: ‘I did it for the love of my country, not for money.’

The website Cryptogon, which pieced this whole story together, comments:

What are the odds that an FBI informant in a [previous] Florida terrorist case shares the same last name as the perpetrator of the worst mass shooting in U.S. history—also in Florida—[Omar Mateen] a lone wolf cop poser with multiple acknowledged contacts with the FBI, who was formerly listed on the terrorist watch list and associated with a suicide bomber… while holding a valid security guard license?

And in case you think Siddiqui is a common last name, here is a statement from Mooseroots:

Siddiqui is an uncommon surname in the United States. When the United States Census was taken in 2000, there were about 4,994 individuals with the last name “Siddiqui,” ranking it number 6,281 for all surnames. Historically, the name has been most prevalent in the Southwest, though the name is actually most common in Hawaii. Siddiqui is least common in the southeastern states.

If for some reason the name Siddiqui throws you off, suppose the last name was, let me make something up, Graposco? A few years ago, an FBI informant in Florida, Graposco, appeared to have falsely accused a man of terrorist acts—and in 2016, another Graposco, who changed that last name to something else, killed 50 people in a Florida nightclub shooting—after having been investigated twice by the FBI? Might that coincidence grab your attention?

Again—the 2016 Orlando shooter had extensive contact with the FBI in 2013 and 2014. The FBI investigated him twice and dropped the investigations. The FBI used an informant in a previous Florida case, and that informant had the same last name as the Orlando shooter. It’s quite possible the previous informant was told to give a false statement which incriminated a man for terrorist acts.

You can say this is a coincidence. Maybe it is. But it seems more than odd. Are the two Siddiqui men connected?

I could cite a number of precedents. Here is one I reported on in 2014:

There seems to be a rule: if a terror attack takes place and the FBI investigates it, things are never what they seem.

For the first time, McCarthy intimately reveals the real story behind the FBI’s inability to stop the first World Trade Center bombing even though the bureau had an undercover informant in the operation—the jihadists’ supposed bombmaker.

In the first sentence of his hard-hitting account, the author sums up the lawyerly—but staggeringly incomprehensive—reason why the FBI pulled its informant out of the terrorist group even as plans were coming to a head on a major attack:

‘Think of the liability!’

The first rule for government attorneys in counterintelligence in the 1990s was, McCarthy tells us, ‘Avoid accountable failure.’ Thus, when the situation demanded action, the feds copped a CYA posture, the first refuge of the bureaucrat.

That’s a titanic accusation, coming from a former federal prosecutor.

Yes, the FBI had an informant inside the group that was planning the 1993 WTC bombing that eventually, on February 26, killed 6 people and injured 1042.

His name is Emad Salem, a former Egyptian Army officer. Present whereabouts unknown. Yanking Salem out of the group planning the Bombing was a devastating criminal act on the part of the FBI.

But there is more to the story.

Law-enforcement officials were told that terrorists were building a bomb that was eventually used to blow up the World Trade Center, and they planned to thwart the plotters by secretly substituting harmless powder for the explosives, an informer [Emad Salem] said after the blast.

The informer was to have helped the plotters build the bomb and supply the fake powder, but the plan was called off by an F.B.I. supervisor who had other ideas about how the informer, Emad A. Salem, should be used, the informer [Emad] said.

The FBI called the “plan” off, but left the planners to their own devices. No “harmless powder.” Instead, real explosives.

The Times article goes on:

The account, which is given in the transcript of hundreds of hours of tape recordings Mr. Salem secretly made of his talks with law-enforcement agents, portrays the authorities as in a far better position than previously known to foil the Feb. 26 bombing of New York City’s tallest towers.

This is a shockingly strong opening for an article in the NY Times. It focuses on the testimony of the informant; it seems to take his side.

Several years after reporter Blumenthal wrote the above piece, I spoke with him and expressed my amazement at the revelations about the FBI—and wondered whether the Times had continued to investigate the scandal.

Blumenthal wasn’t pleased, to say the least. He said I misunderstood the article.

I mentioned the fact that Emad Salem wasn’t called as a prosecution witness in the 1993 WTC Bombing trial.

Of course, why would the Dept. of Justice bring Salem to the stand? Would they want him to blame the FBI for abetting the Bombing?

Again, Blumenthal told me I “didn’t understand.” He became angry and that was the end of the conversation.

I remember thinking: letting the bomb plot go forward…what else do you need for a criminal prosecution of the FBI?

Here is an excerpt from one of those tapes Emad Salem made when he was secretly bugging his own FBI handlers. On this phone call, he talks to his Bureau friend John. Others have claimed this is an agent named John Anticev. The conversation is taking place at some point after the 1993 WTC Bombing. The main topic is Salem’s fees for services rendered as an informant. He apparently wants more money. He also wants to make sure the Bureau will pay him what they’ve agreed to. During the conversation, Salem suddenly talks about the bomb. His English is broken, but his meaning is clear enough. When he finishes, his Bureau handler John just moves on without directly responding.

Salem: “…we was start already building the bomb which is went off in the World Trade Center. It was built by supervising supervision from the Bureau and the DA and we was all informed about it and we know that the bomb start to be built. By who? By your confidential informant. What a wonderful great case!”

According to Salem, there was a bomb, it was built under FBI and “DA” supervision, Salem himself built it, and it exploded.

Questions remain. Did Salem literally mean he built the bomb? Or was he claiming he successfully convinced others to build it? As a provocative agent for the FBI, did Salem foment the whole idea of the WTC attack and entrap those who were eventually convicted of the Bombing? Without his presence, would they have planned and carried out the assault? Was the truck bomb set off under the North Tower the only weapon? Were there other bombs? If so, who planted them?

But the role of the FBI seems to be clear enough. They aided and abetted, and at the very least, permitted the 1993 attack on the Trade Towers.

While working as a courthouse guard in 2013, Mateen made ‘inflammatory and contradictory’ statements to co-workers about having relatives in Al Qaeda, the radical Sunni terrorist group, [FBI Director] Comey said. Mateen also claimed to be a member of Hezbollah, Lebanon’s Shiite militia, and his remarks drew an 11-month FBI investigation, Comey said. Both groups oppose Islamic State.

Comey said the FBI also briefly investigated Mateen in 2014 for allegedly watching videos by Al Qaeda propagandist Anwar Awlaki and attending the same mosque as an American who would later become a suicide bomber for Al Nusra Front in Syria — another Al Qaeda affiliate opposed to Islamic State.

Both investigations were closed without charges.

Did the FBI just investigate the Orlando shooter? Or did they in some way enlist him in an operation?

Or did some federal group intervene and tell all parties to leave the shooter alone and in place—because he was part of an operation?