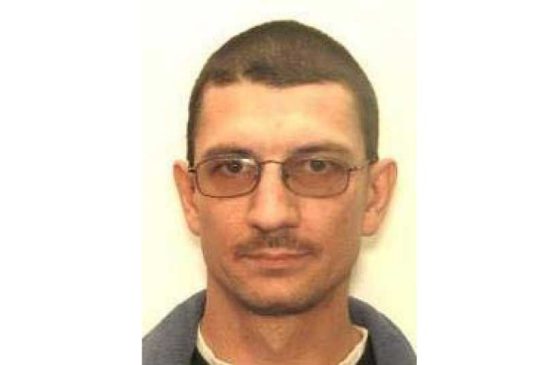 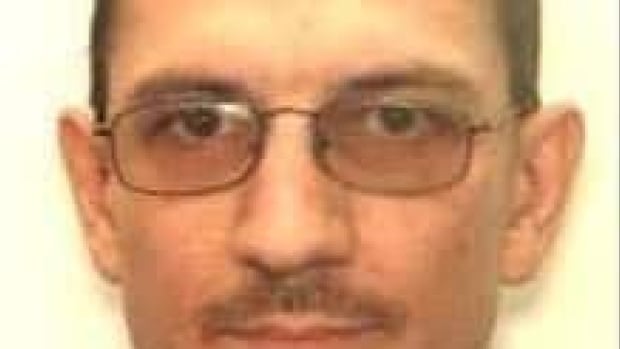 Police say Allen Boisjoli conducted a campaign of ‘paper terrorism’ against the justice system and a peace officer after he received a speeding ticket. (Alberta Sheriffs)

For the first time in Canada, a man claiming to be a Freeman on the Land has been charged with what police call “paper terrorism.”

Allen Boisjoli, 45, has been charged with intimidation of a peace officer.

“The charge of intimidation has been laid before,” Edmonton police Det. Rae Gerrard said at a news conference Wednesday.

‘The Freemen and Mr.Boisjoli, particularly in this case, they use a plethora of documents, which really don’t mean anything.’– Edmonton police Det. Rae Gerrard

“Freemen have been charged before. What has not happened before is that a Freeman has been charged with them using ‘paper terrorism’ in order to intimidate. This is the precedent-setting aspect.”

Edmonton police say Boisjoli was stopped and issued a speeding ticket in Beaver County, Alta., in May 2015. Because of that ticket, police say, Boisjoli allegedly conducted a campaign of “paper terrorism” against the justice system and the peace officer who issued the ticket.

Police allege that Boisjoli used the courts to conduct a three-month harassment campaign against the peace officer.

In one instance, police say, Boisjoli issued a lien against the officer’s personal property for $225,000 that held the peace officer liable for his detainment.

A video published in 2015 to Boisjoli’s Youtube account captured the audio of the officer giving him a ticket for driving 105 km/h in a 80-km/h zone. In it, Boisjoli can be heard questioning the legitimacy of speeding laws.

“It’s not a crime,” Boisjoli said in the video. “What you’re doing is fraud, it’s corporate statue policies, and it doesn’t apply to me.”

Gerrard said such behaviour is often typical of people who consider themselves Freemen on the Land.

“The Freemen and Mr. Boisjoli, particularly in this case, they use a plethora of documents, which really don’t mean anything,” Gerrard said. “They are just cutting and pasting from all over the internet, from laws from all over the world, and they put them together into hundreds and hundreds of pages of documents.

“They do this to overwhelm the court and confuse people or intimidate the people involved to drop the prosecution immediately.”

‘Incredibly difficult’ to deal with

“Freemen claim to be in opposition to government and the rule of law, and maintain that the only true law is their own interpretation of common law,” police said in a statement.

‘The Freemen ideology is that they don’t recognize any kind of government powers, licensing or authorities.’– Rae Gerrard

Gerrard said that ideology makes them “incredibly difficult” to deal with, both for officers at the roadside, for example, or within the justice system itself.

“The Freeman ideology is that they don’t recognize any kind of government powers, licensing or authorities. So they don’t hold driver’s licences, or they won’t hold insurance for the vehicles,” said Gerrard.

He described the group as loosely organized, and estimated there are about 30,000 so-called Freemen across Canada.

He said “paper terrorism” isn’t an official charge, but rather a term used to describe “how the Freemen attempt to dissuade the courts and other people from suing them by inundating them with this false paperwork.” 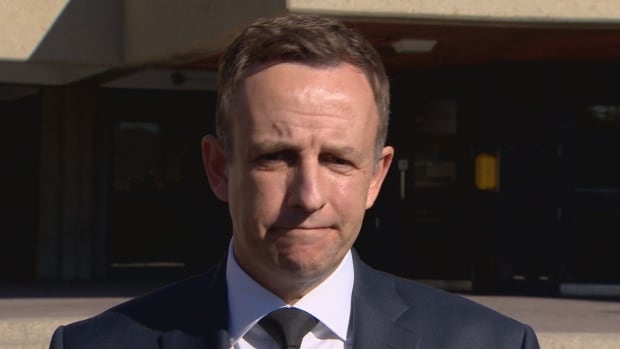 Boisjoli has been charged under Section 423.1 (1) of the Criminal Code. The maximum penalty for that offence is a prison term of up to 14 years.

“We tolerated the Freemen and the Sovereign Citizens to a certain extent,” he said. “And now that level of tolerance has come to an end. We want to make it clear that if people are going to continue engaging in this type of behaviour, then we are going to robustly investigate and bring these people to court.”

Gerrard said this isn’t the first time Boisjoli has faced an intimidation charge.

Boisjoli, who is from Vegreville, Alta., about 100 kilometres east of Edmonton, was charged in 2012 with intimidating and harassing a Crown prosecutor.

John Rooke, associate chief justice of the Alberta Court of Queen’s Bench, issued an order in 2015 declaring Boisjoli a “vexatious litigant,” which restricted his right to commence and continue legal actions in Alberta.

Freemen on the Land have become a challenge for law enforcement agencies and the courts in Canada, said Ron Usher, a lawyer for an organization that represents 340 B.C. notaries public. 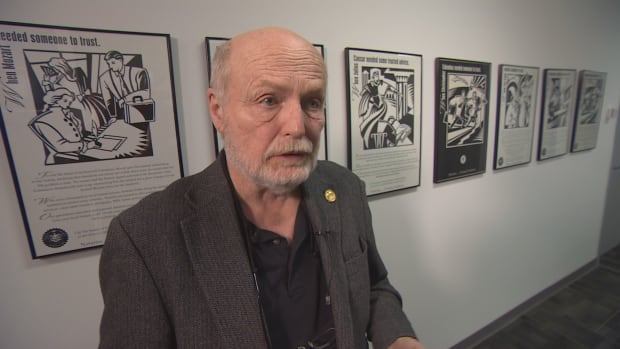 The precedent-setting charge comes as no surprise to lawyer Ron Usher, who says the Freemen tie up the justice system with ‘vast mountains of nonsense paper.’ (CBC)

“They are so intense, so paper-driven, so living in an alternate universe,” said Usher. “So when they are confronted with the realities of our Canadian law and our social structures … it becomes very complex for the system. Often these people pass over vast mountains of nonsense paper.”

‘These people do get their day in court, but it ultimately tries the patience of even the most patient people in the system.’– Ron Usher, lawyer

Usher said confrontations between his members and self-described Freemen on the Land are not uncommon.

“These people do get their day in court, but it ultimately tries the patience of even the most patient people in the system. One of their mythologies is around the particular role of notary.

“So, they spend a great deal of time trying to get notaries to try and witness these completely unusable documents, and this would lead to confrontations.”