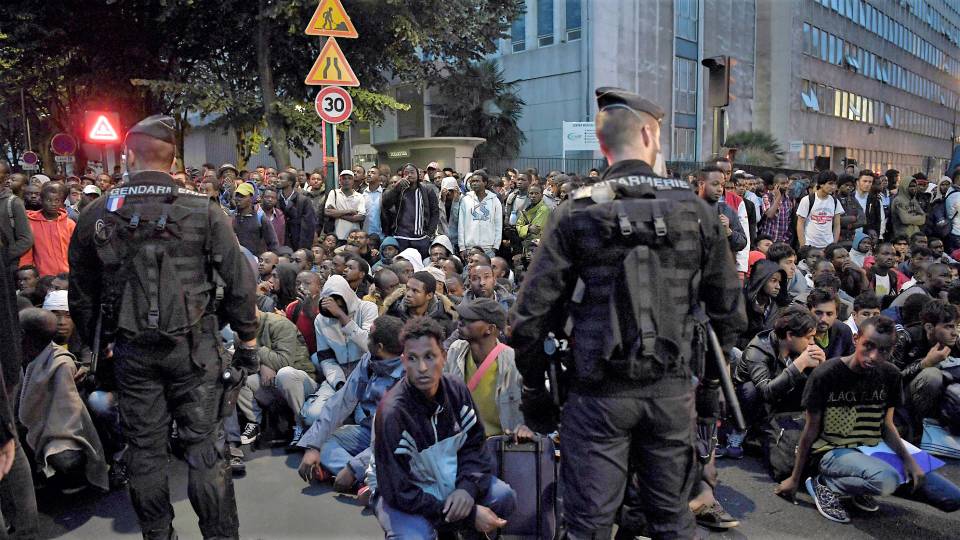 Paris’s aspiration to stage the Olympic Games in 2024 is under threat partly because of so-called ‘no go zones’ in the city where immigrants from Asia and Africa pester and abuse women.

Areas like Place de la Chapelle, formerly a quiet square behind the Gare du Nord train station, have been transformed in a short space of time into havens for immigrant rough sleepers and drug dealers which are said to be increasingly intimidating for many people, especially women.

According go the Sunday Times of London, since 2015 a huge influx of immigrants – mostly single men – have begun sleeping in parks, on the streets and under the arches of the Metro bridges in northeast Paris.

They have been accused of verbally abusing women in the streets, routinely shouting “Bitch” and “Dirty whore”. Street robbery and drug taking have also become rife.

Conservative councillor Pierre Liscia told the Sunday Times: “The cynical thing is that last month a vast clean-up operation was launched when the Olympic committee came to visit for an inspection ahead of the Games. They moved out 1600 people in 24 hours. I find it contemptible that the mayor’s office acted only when there was media attention.”

A woman using the alias ‘Laurence’ started a petition earlier this year in a bid to clean up Place de la Chapelle, where she lives with her eight-year-old daughter.

The petition, called “Women — an ­endangered species in the heart of Paris” urged President Emmanuel Macron and Socialist Paris mayor Anne Hidalgo to crack down on the increasingly dangerous district which has become a magnet for rough sleepers and drug dealers. It attracted 20,000 signatures.

She explained why she set up the petition: “As a woman you start adopting defensive measures. You don’t go here or there. Avoid certain routes. Take your kids to school another way. I stopped going to my tobacconist and some cafes because suddenly there were only men inside. I have to ask the teenage drug dealers politely to step aside in the foyer just so I can get to my own front door.”

But, for her trouble, Laurence has been faced with violence and online abuse from anti-racism campaigners, who recently held a small demonstration in the area which got out of control.

Valerie Pecresse, a conservative MP who turned up to lend her support, had to take refuge with Laurence in her apartment block until police arrived. The incident caused controversy in Paris just as it was finalizing its bid for the 2024 Olympics because La Chapelle is at the gateway to the city’s stadiums and near Paris’s main train stations used by millions of tourists.

Either Paris or Los Angeles will host the 2024 Olympics. The winner will be announced in September.