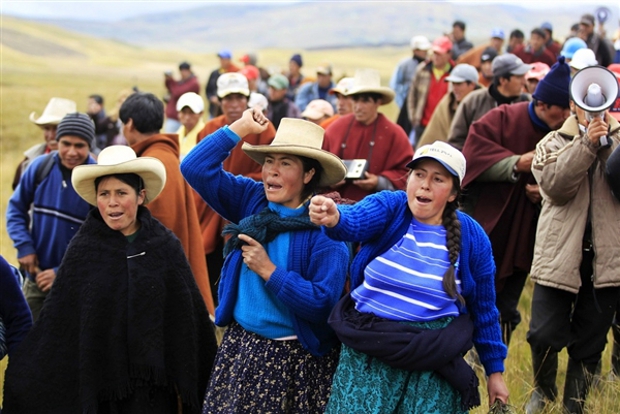 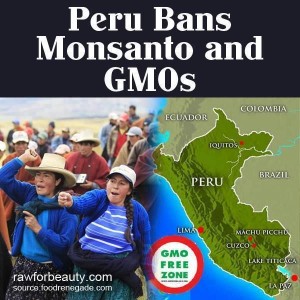 The first time I ever tasted a real tomato, I was in Cusco, Peru. I had picked them up at a Farmer’s Market, bought them from an old lady with wizened wrinkles and sun-browned skin. She’d carried a basket of them to market on foot from her scrap of land somewhere far down the mountain. It was a revelation — heaven and sunlight on my tongue! I never knew tomatoes could pack such flavor.

I fell in love with the country and it’s people, the Quechua indians who are the remnants of the once proud Incas.

Thanks to the indomitable spirit of that people, a ten-year ban on GMOs takes effect this week in Peru!

Peru’s ban on GMO foods prohibits the import, production and use of genetically modified foods. The law is aimed at safeguarding the country’s agricultural diversity and preventing cross-pollination with non-GMO crops. It will also help protect Peruvian exports of organic products.

THE VICTORY IS A LONG TIME COMING.

The decree banning GMO foods was drafted in 2008. It not only bans GMO crops like Monsanto’s BT-Corn, but also expands on a prior law that required all foods on supermarket shelves that contain GMOs to be labeled. Those GMO containing foods will now be completely banned. After being subjected to public discussion, being amended, and finally passed in the Peruvian congress in April of 2011, the ban is finally going into effect this week.

A study done in April of 2011 by the Peruvian Association of Consumers and Users (ASPEC) tested 13 products purchased in major supermarkets and shops in Lima, Peru. Unsurprisingly, 10 out of 13 tested positive for containing GMOs.

Research by ASPEC confirms something that Peruvians knew all along: GM foods are on the shelves of our markets and wineries, and consumers buy them and take them into their homes to eat without knowing it. Nobody tells us, no one says anything, which involves a clear violation of our right to information. 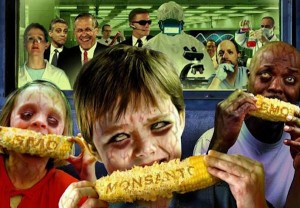 One of the biggest fears Peruvian farmers have regarding GMOs is the loss of biodiversity. In the scene above, Peruvian farmers in ponchos and chullos chanted outside of the Municipality of Lima. They represented the Parque de la Papa in Cusco, a farming community of 6,000 people who worry that the introduction of GMOs can and will compromise many of the famous native Peruvian species including purple corn, giant white corn, and the potato.

Alejandro Argumedo of the ANDES Association in Cusco says he worries about the physiological effects the introduction of GMOs would have on Peru’s native species. He says Peru has one of the top 10 biodiversities in the world, and it needs to be protected. To combat the crop diseases that Peruvian farmers suffer, he looks to diversification instead of GM seeds.

The people of Parque de la Papa cultivate a variety of potatoes in small plots. By doing so the farmers say they mitigate crop diseases that attack large plantations and secure the survival of varieties that are more resistant to disease or bad weather.

Peruvian scientists believe that the research regarding the safety and effects on GMOs is still in its infancy. They hope that the moratorium will “create the research infrastructure it needs to make better decisions about transgenic crops.” (source)

Alejandro Argumedo summarizes it this way: 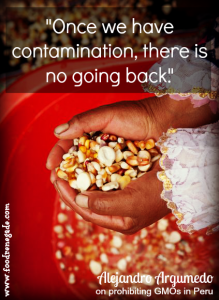 Begin by reading Seeds of Deception by Jeffrey Smith.

This meticulously documented exposé reveals what the biotech industry doesn’t want you to know — how industry manipulation and political collusion, not sound science, allow dangerous genetically engineered food into your daily diet. Company research is rigged, alarming evidence of health dangers is covered up, and intense political pressure applied.

You’ll read the actual internal memos by FDA scientists warning of toxins, allergies, and new diseases—all ignored by their superiors, including a former attorney for Monsanto. You’ll learn why the FDA withheld information from Congress after a genetically modified supplement killed nearly a hundred people and disabled thousands.