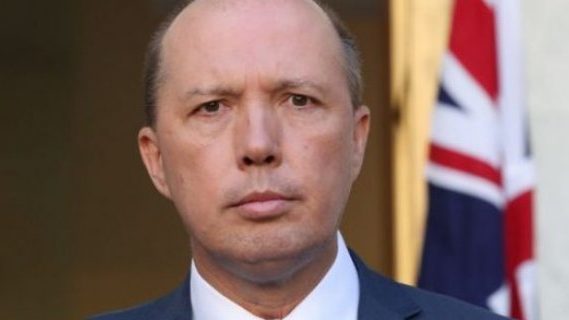 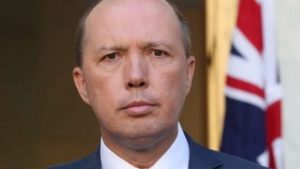 Home Affairs Minister Peter Dutton has been absent from the media spotlight in recent times, ever since he contracted coronavirus.

And many are asking where the man at the helm of curtailing civil liberties on a federal level has been in the midst of the current pandemic.

The man at the helm of the surveillance state

Mr Dutton has been credited with proposing a wide range of laws designed to increase the power of authorities at the expense of individual liberties.

Among these, are proposed laws which would result in prison time for those who fail or refuse to hand over their passwords or PINs when requested to do so by authorities.

Peter Dutton says these types of laws are needed to help police catch criminals who are hiding behind encryption technology – a line we have heard many times before as the country’s law makers put in place draconian measures to grant police and other authorities surveillance powers that encroach upon our privacy.

Under the proposals, people who are not even suspected of a crime would face a fine of up to $50,000 and up to five years’ imprisonment for declining to provide a password to their smartphone, computer or other electronic devices.

Furthermore, anyone (an IT professional, for example) who refuses to help the authorities crack a computer system when ordered will face up to five years in prison. If the crime being investigated is terrorism-related then the penalty for non-compliance increases to 10 years in prison and/or a $126,000 fine.

Tech companies who refuse to assist authorities to crack encryption when asked to do so, will face up to $10 million in fines. What’s more, if any employee of the company tells anyone else they have been told to do this, they will face up to five years in gaol.

Under the legislation, foreign countries can also ask Australia’s Attorney General for police to access data in your computer to help them investigate law-breaking overseas.

Since the September 11, 2001, terrorist attacks in the United States, the Australian parliament has responded to the threat of terrorism here and overseas by enacting more than 80 new laws and  amending existing laws – many of them with wide-reaching consequences, such as the terrorism laws used to conduct raids on journalist Annika Smethurst’s home and the ABC’s head offices, as well as charge former military lawyer and whistleblower David Mc Bride with offences that could see him spending the rest of his life in gaol.

Controversial metadata laws too, introduced in 2015, seriously impact our personal privacy requiring telecommunications companies to retain metadata including information on who you call or text, where you make calls from, and who you send emails to.

The problem is that once these kinds of extraordinarily heavy-handed powers are legislated, they are very seldom retracted or rescinded. In many cases, over time, they are expanded. Australia’s oversight body the Australian Law Reform Commission can review laws that are already in place, but it has limited powers which only enable the commission to make recommendations for change, not to actually change the laws themselves.

Police already have the power to seize a phone or laptop if you have been arrested.

Border Force has even more extensive seize and search powers.

The extensive powers of border force

In 2018, Border Force made headlines after intercepting an British-Australian citizen travelling through Sydney airport seizing his devices.

Nathan Hague, a software developer was not told what would be done with his devices, why they were being inspected or whether his digital data was being copied and stored. He believes his laptop password was cracked.

Australian Border Forces have extensive powers to search people’s baggage at Australian airports. These are contained in section 186 of Customs Act 1901 (Cth). These include opening baggage, reading documents, and using an X-ray or detection dog to search baggage.

ABF officers have the power to copy a document if they’re satisfied it may contain information relevant to prohibited goods, to certain security matters or an offence against the Customs Act. A document includes information on phones, SIM cards, laptops, recording devices and computers.