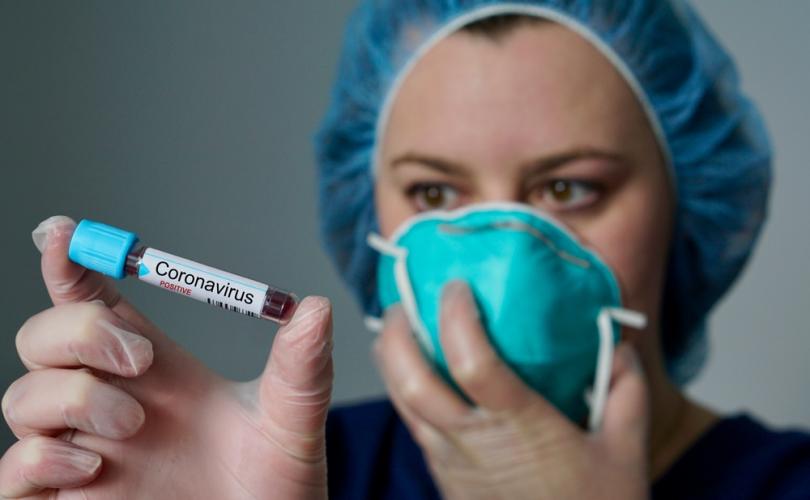 Government produced safety instructions for a new coronavirus vaccine indicate that it should not be used by pregnant or breast-feeding mothers and children. In addition, they state that it is unknown what effect the COVID-19 mRNA vaccine will have on fertility.

The ten-page “Reg 174 Information for UK Healthcare Professionals” describes the vaccine, how it is to be stored, diluted, and administered, and the trial studies carried out to test it.

To be effective, the vaccine is supposed to be administered twice.

In a section called “Fertility, pregnancy and lactation,” the guide says there is “no or limited data” on the vaccine.

Therefore, it is not recommending its use for pregnant women.

“Animal reproductive toxicity studies have not been completed. COVID-19 mRNA Vaccine BNT162b2 is not recommended during pregnancy,” the guide states in section 4.6.

“For women of childbearing age, pregnancy should be excluded before vaccination.”

The guide also advises that women should avoid becoming pregnant for the first two months after their Covid-19 shots.

“In addition, women of childbearing age should be advised to avoid pregnancy for at least 2 months after their second dose,” it says.

Because it is still unknown whether or not the vaccine can be transmitted to a breast-feeding infant through his or her mother’s milk, the instructions state that “a risk to the newborns/infants cannot be excluded.”

Therefore, the guide specifies that the vaccine “should not be used during breast-feeding.”

But alarmingly the guide has only one thing to say about the vaccine’s impact on fertility: they don’t know if it does or doesn’t.

“It is unknown whether COVID-19 mRNA Vaccine BNT162b2 has an impact on fertility,” it states.

The guide notes that the safety of the vaccine was tested in two clinical studies. The first study enrolled 60 people aged 16 to 55, and the second involved “approximately” 44,000 people aged 12 and older.

According to the guide, these side-effects “were usually mild or moderate in intensity” and went away after a few days.

Earlier this week, two leading doctors wrote to the European Medicine Agency, which is responsible for the safety of vaccines, in an attempt to stop human trials of all Covid-19 vaccines, especially the Pfizer/BioNtech COVID-19 mRNA Vaccine BNT162b2 described above.

Among other concerns, Yeadon and Wodart warn that some of the vaccines may prevent the safe development of placentas in pregnant women, resulting in “vaccinated women essentially becoming infertile.”

“Several vaccine candidates are expected to induce the formation of humoral antibodies against spike proteins of SARS-CoV-2,” the doctors wrote.

“Syncytin-1 […] which is derived from human endogenous retroviruses (HERV) and is responsible for the development of a placenta in mammals and humans and is therefore an essential prerequisite for a successful pregnancy, is also found in homologous form in the spike proteins of SARS viruses,” they continued.

“There is no indication whether antibodies against spike proteins of SARS viruses would also act like anti-Syncytin-1 antibodies.

“However, if this were to be the case this would then also prevent the formation of a placenta which would result in vaccinated women essentially becoming infertile.”

The doctors suggest that because the Pfizer/BioNTech trial protocol says that “women of child-bearing potential” can take part only if they are not pregnant or breastfeeding and are using contraception, it could take “a relatively long time before a noticeable number of cases of post-vaccination infertility could be observed.”

Pfizer Can’t Be Sued For Damages

According to the U.K.’s Independent newspaper, Pfizer, the owner of the COVID-19 mRNA Vaccine BNT162b2 has been given indemnity in the United Kingdom, which means that people who suffer damage from the vaccine will not be able to sue the company.

“NHS (National Health Service) staff providing the vaccine, as well as manufactures of the drug, are also protected,” the Independent reported.

The newspaper also reported that the Pfizer/BioNTech vaccine was authorised by the Medicines and Healthcare products Regulatory Agency on Tuesday under Section 174 of the Human Medicine Regulations 2012.

The regulation, which was altered by the British government this autumn, currently states that the ordinary “prohibitions” in Britain’s requirements for authorization “do not apply where the sale or supply of a medicinal product is authorized by the licensing authority on a temporary basis in response to the suspected or confirmed spread of — (a) pathogenic agents; (b) toxins; (c ) chemical agents; or (d) nuclear radiation, which may cause harm to human beings.”

The Independent noted that in a press conference on Wednesday, Pfizer’s U.K. managing director refused to explain why the company needed this legal protection.

“We’re not actually disclosing any of the details around any of the aspects of that agreement and specifically around the liability clauses,” said Pfizer’s Ben Osborn.

The bid goes on to explain that “it is not possible to retrofit the MHRA’s legacy systems to handle the volume of ADRs that will be generated by a Covid-19 vaccine,” and that this “represents a direct threat to patient life and public health.”

One thought on “Pfizer COVID Jab Warning: No Breastfeeding, Avoid Pregnancy For 2 Months Or It Might Damage The Child”