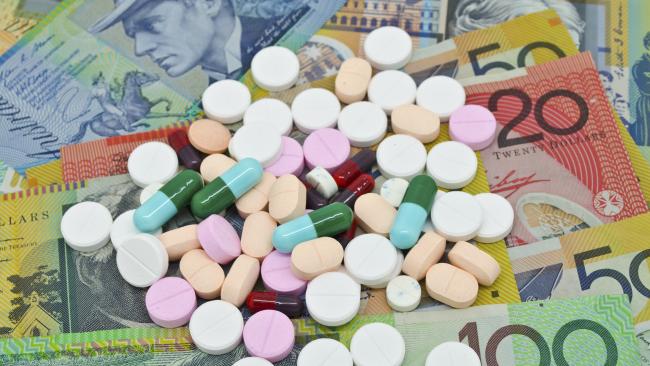 Over the past six months, companies such as Novartis Pharmaceuticals and Amgen Australia have spent millions sending health professionals on junkets all over the world.

The expenses, which included a $70,000 trip to Sweden for six oncologists and a $176,000 junket to Vancouver for nine dermatologists, were justified by drug companies as “educational events”.

A diary detailing the involvement of more than 500,000 health professionals has added to concerns the multi-billion dollar industry has an undue influence on doctors. On some occasions, the events have breached peak body Medicines Australia’s code of conduct. The group has disclosed the contributions of pharmaceutical companies since becoming the focus of the consumer watchdog a decade ago.

Respiratory physicians also cashed in with Novartis sending 19 professionals to a conference in Amsterdam with five nights’ accommodation for $120,808.

Amgen Australia spent $285,732 sending 24 oncologists to a five-day conference in Chicago with more than $10,000 spent on dinner allowances.

A three-hour education meeting attended by 19 GPs and nurses in Hobart cost the same company $10,236 including flights, accommodation, speaker fees and room hire.

Pfizer Australia paid $56,628 to send four endocrinology nurses to fly to Savannah, Georgia for a two-day conference with a $10,052 accommodation bill.

A spokesman for Novartis said the company supported education events in accordance with Medicines Australia’s code of conduct with all financial contributions publicly disclosed.

But the company, which has annual revenue of more than $800 million, was fined $90,000 last year after Medicines Australia’s monitoring committee found an event had breached ethical guidelines.

The code of conduct committee, which has medical, legal and consumer representatives, also has the power to order member companies to withdraw advertising and issue letters of clarification.

The committee noted only three specialists attended a seven-hour event with no evidence supplied to link the training to medical knowledge or educational outcomes.

The group was concerned the company had provided the event as “a form of reward to these individuals who prescribed Novartis’ ophthalmological product”.

The committee also raised concerns about Amgen Australia, which was ordered to pay a $200,000 fine after arranging a tour of the company’s Puerto Rico manufacturing facility for 14 health professionals costing more than $46,000.

But the fine was withdrawn on appeal after the company insisted no leisure time was provided and the entire trip was consumed by travel and education programs.

Australian Consumers Health Forum’s chief executive officer Leanne Wells said she was concerned the wealth of pharmaceutical companies could influence the prescribing decisions and their assessments of drugs.

“Doctors are human and can be influenced by pharmaceutical company largesse to prescribe and promote drugs and that may not always be in the best interests of the patient,” she said.

Australian Medical Association president Professor Brian Owler said the events were in the best interests of patients as health practitioners should be fully informed about new drugs.

“In Australia there is a clear separation between prescribing and dispensing medicines: doctors prescribe; pharmacists dispense,” he said.

“There is no financial advantage for doctors to prescribe one brand medicine over another and there is no way to track which doctors prescribe which brand.”

But Ken Harvey, an adjunct associate professor at Monash University said there was a need for greater transparency and accountability of pharmaceutical companies.

He said the only legitimate reason for pharmaceutical companies to hold education events was “to flog their drugs”.

“I advocate that medical students and doctors should use independent information sources such as [Therapeutic Guidelines] and [NPS Medicine Wise],” he said.

Dr Brett Montgomery, a GP and senior lecturer at the University of Western Australia, said he was concerned a reliance on information from pharmaceutical companies would increase the quantity and cost of medicines they prescribe.

“As a prescriber, I want the ‘whole truth’ about the medicines I prescribe, not just the facts that their manufacturer chooses to highlight at sponsored educational events.”

A Medicines Australia spokesman said its code of conduct was a standard bearer for industry self-regulation with additional reporting requirements to be introduced in October.

“No one knows medicines as well as those who make them,” he said.

“That’s why healthcare decisions affecting Australian patients must be informed by ethical dialogue between those who make medicines and those who prescribe, dispense or administer them.”