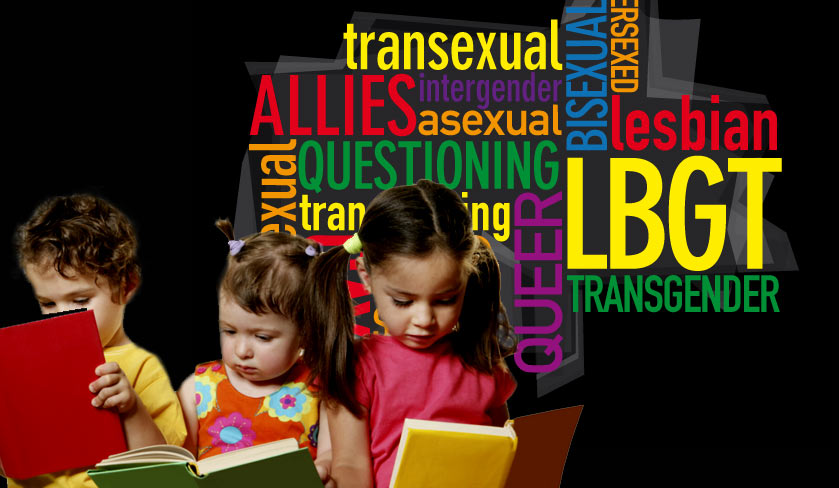 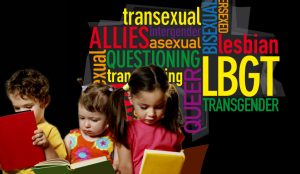 Note: What The???? Some decent Reporting From The Daily Telegraph? I Must Be Dreaming.

IT’S a sad truth that those who so recently claimed to be the bullied are now among the world’s greatest bullies.

None more so than the ­alphabetical jumble of the ­gender confused in their pursuit of the destruction of the ancient and revered traditional form of marriage.

To his great credit, Glenn Davies, the Anglican Archbishop of Sydney, called out the thugs running the so-called marriage equality and diversity campaigns and exposed them and their brutish standover tactics in an unequivocal article in The Australian on Friday.

“Not only has this minority view tried to swamp the public debate with its introspective, authoritarian denial of free speech, it has struck at the heart of Australian democracy and the freedoms that we all cherish,” he wrote.

“This narrow-minded, freedom-restricting carping is what the same-sex marriage campaign has come to.

“At the beginning, the promise seemed to be innocent enough — change one word in the marriage legislation and there would be equality for all.

“Now, as people start to ­digest the magnitude of such a social change and the ramifications that would follow for families and the rest of the community when marriage is cut adrift from the significance of gender distinctiveness (the Safe Schools Coalition program is only one of these side effects), other voices are starting to speak up.”

The archbishop cited ­numerous examples of the manner in which the homosexual marriage lobby had threatened its opponents and attempted to block debate on this issue with putrid campaigns designed to target Christians, in particular, but discourage all those who refused to fall into line.

He mentioned the forced cancellation of a meeting of church leaders last year in Sydney after staff at the planned venue were subjected to an ­extremely ugly campaign of harassment and threats.

He pointed to the case brought against the Catholic Archbishop of Hobart Julian Porteous before the Tasmanian Anti-­Discrimination Tribunal when that archbishop merely supported the current laws on marriage, which also happen to be the view of his church — all churches — and that held by civilised nations for millennia.

Archbishop Davies also drew attention to the manner in which some so-called leaders in the corporate world had folded before social media­ attacks of online pests like serial protester Michael Barnett, whose vile Twitter feed opposing views contrary to his own gives the lie to his claim to be a supporter of “diversity”.

Our ABC showed its own weakness in this debate by posting an apology to Barnett on Thursday which said its program The Drum had “incorrectly” drawn a connection between the marriage equality debate and Barnett’s references to corporate commitments to “Pride and Diversity”, an employer program that campaigns for inclusion for the ­alphabet soup of gender iden­tity.

There is not the clichéd cigarette paper’s separation from the issues, they are indivisible, just two sides of the same coin, but the ABC hand-wringers, signed up members to the homosexual marriage and diversity push, rushed to collapse and apologise rather than simply telling Barnett it had fully embraced his ­agenda, even if it may not have agreed with his more abhorrent tweets.

The Barnetts of the world have adopted the bullying tactics used by the climate change lobbyists, formerly known as the global warmists.

These people, who have denied the taxpayers of South Australia a reliable energy supply and who now threaten the energy security of all Australians with the farci­cally ridiculous claims they make for efficiency and dependability of solar and wind energy, shrilly claimed there was to be no debate about power because of the so-called consensus that a group of hand-picked scientists had arrived at on the threat posed by carbon dioxide to life as we know it.

Intent on shutting down fossil fuel production and Western civilisation, these bullies have guaranteed Australians will have to pay excessive amounts for their electricity and that their electricity supply will no longer be as assured as it has been over the past 50 years.

To explore the views of the climate changers is to invite public ridicule and condemnation from sections of aca­demia.

The thought police so perceptively envisioned by ­George Orwell are now installed in all of our institutions.

The president of the Australian Human Rights Commission is our Big Sister, subjecting those who disagree with her commission to ­protracted and exhausting procedures no matter how trivial or irrelevant the complaints.

The government’s failure to reform the notorious 18C provision of the Racial Discrimination Act just last week demonstrates that Australia is irreversibly well down the slippery slope of political correctness — the tipping point was passed long ago.

It’s hard to see how Shakespeare’s plays could be discussed without someone’s sensitivities being offended, or any discussion of any history’s many wars, with all of their ­attendant atrocities.

Confronting ideas with ideas was once the goal of great universities and the foundation of the great civilising ideas that enabled the growth of the West.