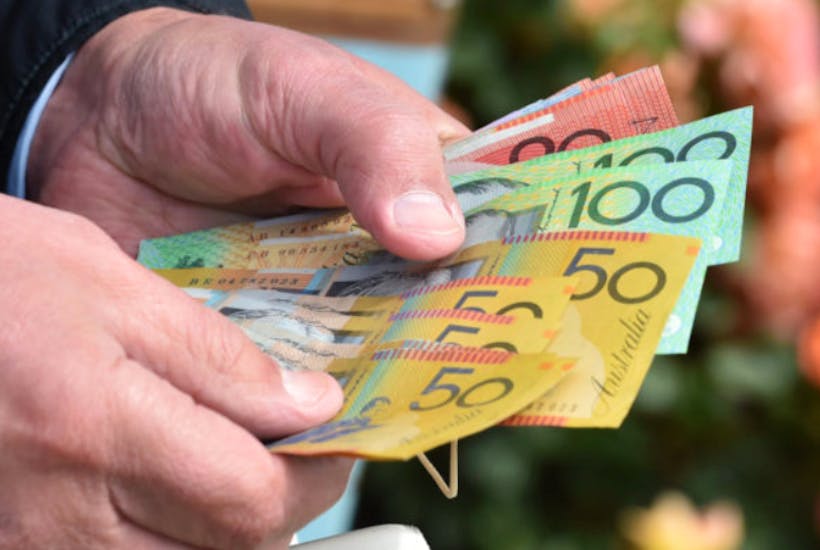 Some common sense has finally prevailed in this great country, with plans to ban cash transactions over $10,000 being defeated in the Senate yesterday.

After more than a year of opposition from accounting groups, small businesses and the community at large, a unanimous voted to drop the bill was cast when One Nation Senator Malcolm Roberts brought the motion forward to remove it.

Many saw it as infringing on fundamental rights to use cash, as well as an invasion on the privacy of their transactions. Wide concern from industries said bill would criminalise legitimate businesses.

CPA Australia tax experts said the government’s claim the ban was needed to deal with the ‘black economy’ simply didn’t take into account the effects it would have on small business.

“The response proposed by the government was very extreme. It was turning people and businesses who use cash into criminals,” Kasapidis told reporters.

Australian Taxpayers’ Alliance policy director, Emilie Dye, said the bill would have hurt small businesses and called for it to remain permanently discarded.

“The cash ban was a clear example of government overreach, deciding what kind of legal tender Australians could use,” said Ms Dye.

The proposed ban on large cash payments would have affected small businesses with large cash takings, such as bakeries, laundromats and those offering personal services, from hairdressers and beauticians, to massage therapists. It was labelled an attack on democracy.

In addition, CPA found for a small business to put all cash payments above $10,000 in the bank, it would have brought thousands of dollars of additional costs to individual owners.

A great victory for free Australians. Well done to all those that have campaigned so hard.

The nation of Australia has defeated a bill that would set the stage for no return.

Introduced to federal parliament in August 2019, the government revealed legislation that called to implement an economy-wide cash payment limit of $10,000. Initially from 1 January 2020.

Businesses found to have made or received cash payments of $10,000 or more would have faced criminal sanctions of up to two years in jail and penalties of up to $25,000.

Before the bill even reached the federal parliament, more than 7,000 individuals and business owners had signed a petition against it. The Senate committee dismissed over 95% of submissions.

The plan was then delayed following a committee review, however, authorities bypassed parliamentary procedures and continued ahead with the plans against advice.

A number of politicians speaking before parliament noted significant community opposition, including fears the laws could restrict freedom and give authorities greater control.

Critics argue that once it took effect, there would be little to stop the threshold from slipping down drastically to $5,000 or $3,000, with lower thresholds already in effect elsewhere in the world.

They were right. This kind of push is a nothing but a slow creep towards totalitarian digital control. Linked with your ‘digital identity’ of the future, transactions will be needed to capture more info.

We reported just this week that card transactions will now be linked to COVID tracing, with authorities wanting to exchange data between states on a national basis.

Good riddance, I say. And don’t come back!

Another great victory to keep the ball of freedom rolling in Australia.

We must always remain vigilante, however.

One perk of paper money is that it does not leave paper trails. Digital money, however, leaves traces in the databases of banks, vendors and platform owners, while governments look keenly over.

A fitting comment, as that is exactly what is attempting to be built when pushes like this surface.

Information about a user’s financial behaviour never truly belongs to them. As the digital economist Nick Srnicek explains, “suppression of privacy is at the heart of the business model”.

Everything is exposed in the open for the world to see. Where you go, what you get, when you get it.

As Australia’s move towards a cashless society continues, no doubt we will see future attempts to strip Australians of their rights to exchange legal tender without prying eyes watching.

Even though many hail the end of the bill as a big win, Nuggets News founder and longstanding opponent CEO Alex Saunders suggested the battle was only just beginning.

TOTT News will keep our eyes on any reinvented incarnations of the bill to arise.

Spread the word about the great news.