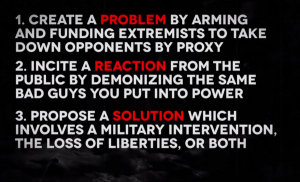 Note: PROBLEM REACTION SOLUTION: More false flag terror events just bring us closer to a new global open-air prison where the individual will become the total property of the state. There is nowhere to run or hide as we all get sucked into the machine of absolute control. Hang onto your souls & refuse to comply because they can never defeat an individual who recognizes the power of love & knows who they really are.

Prime Minister Malcolm Turnbull will ask the states to hand over licence photos for a national biometrics scheme and will also pressure them to adopt laws to detain terror suspects for 14 days without charge.

The Turnbull government will push state and territories to adopt a law that allows terror suspects to be detained for two weeks before they are charged.

The announcement comes ahead of a national security COAG meeting on Thursday.

As it stands, only police in NSW have the power to detain a person for questioning for up to 14 days, with most states allowing only a maximum of seven.

NSW is set to further strengthen its counter-terrorism measures with Premier Gladys Berejiklian announcing on Wednesday that terrorist-related offenders will find it hard to get parole.

Ms Berejiklian made no apology about the tougher bail laws, as she made the announcement alongside Attorney General Mark Speakman, Police Commissioner Mick Fuller and Corrective Services Minister Peter Severin on Wednesday.

“We know these are tough laws, but unfortunately these circumstances are here because of what we see around the world and around Australia.

“We want to make sure that our citizens are protected in every way and unfortunately we know it only takes one person to cause and inflict harm on so many others,” Ms Berejiklian told reporters in Sydney.

The government also wants to establish a national facial recognition system by asking the states to provide drivers’ licences.

Currently the federal government only has access to passport photos, which only covers half the population.

“We believe if we bring together drivers’ licences, then we can start to build up a national system that will enable us then more quickly to  identify people, particularly to be able to identify people that are suspected of, or involved in, terrorist activities,” Mr Turnbull told ABC Radio on Wednesday morning.

He said the facial recognition system could be used in airports and shopping centres.

“If you go up and ask somebody in the street, you know, do you think it should be lawful to carry around instructions to build bombs and chemical disposal devices and techniques for blowing up aeroplanes, I don’t think anyone would agree that there is,” Mr Turnbull said.

In an interview with Sky News on Wednesday, Mr Marles said, “Our laws need to be continually updated to meet the challenges that are posed by terrorism and by the events that we have seen in the United States.”

He was referring to former accountant Stephen Paddock, 64, who killed 59 people and injured 527 as he rained down rapid fire on thousands of concertgoers at the country music Route 91 Harvest Festival in Las Vegas from the 32nd floor of the Mandalay Bay Resort and Casino on Sunday.

Mr Marles said while the Opposition was yet to look closely at the proposed laws, “We’ve worked hard with the government to be on the same page on a whole raft of laws that have made Australia a safer place.”

3 thoughts on “PM flags overhaul of terrorism laws, plan to use drivers’ licences for facial recognition”