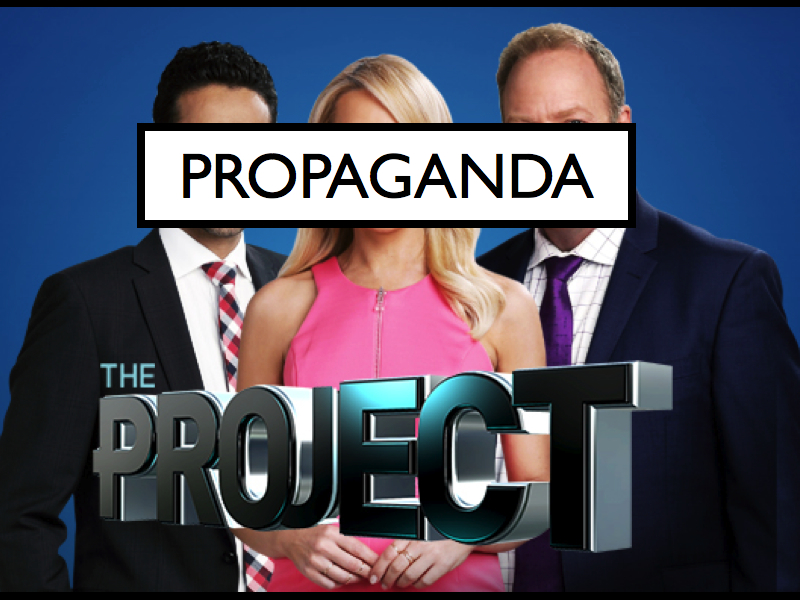 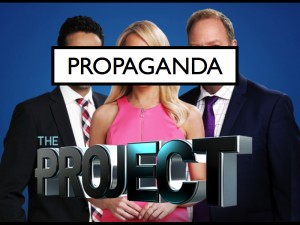 Note, I personally think that Paul wasted his time here, The Project is a ridiculous & hate filled mouth piece for propaganda & lies. The Project continually strives to scrape the bottom of the garbage media barrel & it simply defies belief that anyone even tunes in to watch this nonsense.

NO hard evidence proving guilt, NO motive, NO fingerprints, NO legal representation, NO truth, NO credible identification, NO public inquiry, NO legal integrity, NO proper firearm ownership, NO DNA evidence, NO coronial inquest, NO free admission of guilt, NO witness testified in court, NO forensic results, NO crime re-enactment, NO jury, NO complete list of evidence, NO JUSTICE!

Rohan Smithnews.com.au@ro_smith
THE filmmaker whose views on the Port Arthur massacre were slammed on The Project on Monday night has come out swinging at producers and panellists Waleed Aly and Carrie Bickmore.

Paul Moder, the mind behind a graphic upcoming film about the day Martin Bryant terrorised Port Arthur, agreed to appear on the show to promote the film Bryant — the Port Arthur Massacre.

Moder said writing the film was “very, very difficult” because of “conspiracy and agenda”.

He attempted to explain how Bryant never received a fair trial. It followed on from a Facebook post in which he suggested Bryant “allegedly” committed the crime.

The Project host Aly was quick to hose down any link to Bryant’s perceived innocence.

“What is that meant to mean?” Aly fired back. “I mean he’s convicted, there’s no allegedly about it.”

Moder explained there was no open trial, no fingerprints taken from the scene, and no ballistic evidence linking Bryant to the firearms used to gun down victims.

But Aly pointed out that there was no evidence needed because Bryant made a full confession.

“If there was a defensible case, it would have run at trial. That’s what would have happened and those discrepancies, if they even exist, would be discussed and judges would rule on them.”

After the show, Moder took to Facebook to share his thoughts on the interview. He didn’t hold back.

“Well, a predictable butchering by these biased, agenda driven moral ‘gatekeepers’ and the saddest part is, I expected it going into the interview,” he said.

“The Project long ago lost it’s integrity, objectivity and fairness, but it was worth it to see the crestfallen look on their faces after the interview and trust me, I gave as good as I got.”

Moder said much of his interview was cut out by producers, one of whom he wrote to after the show to talk about how badly the interview went.

“I don’t know if you were privy to that travesty of a media whiplashing, but the saddest part is I actually expected it,” he wrote to the female producer.

“My advice? Tell those egomaniacal moralistic gatekeepers to pull their biased, agenda driven heads in and remember what journalism is all about.

“That was a vicious, calculated attack, masked by an amiable, inclusive approach … Shameful, reprehensible. This is Australia, what happened to fair hearing, balance and media decorum? Poor show guys.”

Earlier, Moder told news.com.au he doesn’t have the blessing of the victims’ families but he won’t let that be a deterrent.

“I do implore those who would be traumatised by seeing a re-enactment, not to view the film if they feel it will not help their healing process.”

This Thursday marks 20 years since the massacre. Moder said he would ideally like to shoot the film in Port Arthur but would use another location, possibly in NSW or Victoria, if he didn’t gain support from the community.

Moder did not elaborate on his theories on Facebook. It’s expected they will be revealed when the film is complete.

“I will be including the factual anomalies, discrepancies and legal improprieties that are evidenced and on public record,” he wrote.

Thank you so much fair Australian media! The Project overstepped it’s mark and Waleed forgot his role and reverted to aggressive lawyer tactics. It was a ruthless cross examination, I felt like I was on the stand. Steve Price was not interested in hearing any other viewpoint but his own. It was a total shutdown. I publicly challenge The Project to play the full unedited segment as I’ve nothing to hide and my stance was much more balanced (unlike The Projects) And a word of advice guys, if you want people to discount conspiracy theories, don’t play host to them by cutting people’s interviews up to serve your own hidden agenda. You are there to report the news, not manipulate it.

All PLEASE READ AND TAKE AS GOSPEL. The film, ‘Bryant – The Port Arthur Massacre’ will be a balanced, mature, respectful, in-depth examination of Martin Bryant, the circumstances of the massacre and the people affected by the tragedy, based on the FACTS as best as they can be determined. I will be including the FACTUAL anomalies, discrepancies and legal improprieties that are evidenced and on public record. Ignore ‘The Project’ interview, 80% of what I said was cut out, the remaining 20% drastically rearranged. For the most part, the ‘non Project’ newspaper press is accurate in representing my views. (thank you). I will always hold the victims, the survivors, the emergency services, police and their families in the highest regard and with the utmost respect and I acknowledge and understand their pain and objection to this film. The film is sadly, a part of Australian history, it affected all Australians and as such it needs to be made. This Thursday is the anniversary of the tragedy, please put your thoughts towards the victims. Thank you. Paul Moder, producer.

Well, a predictable butchering by these biased, agenda driven moral ‘gatekeepers’ and the saddest part is, I expected it going into the interview (which by my estimates has been cut down from about ten minutes to one, so virtually 80% of the interview is missing – and no folks, it’s not a conspiracy! smile emoticon – Most of what I said was not conspiracy related, so the project can add ‘cowardice’ to my evaluation of their service) The Project, long ago lost it’s integrity, objectivity and fairness, but It was worth it to see the crestfallen look on their faces after the interview and trust me, I gave as good as I got. For the record (clears throat) “Bryant- The Port Arthur Massacre, will NOT be a conspiracy theorist film NOR a film which is only about Martin Bryant. It will be a balanced, in depth study of the people and event that is based on the FACTS as far as they can be determined” And as for Steve Price’s self righteous, sanctimonious decree “I was there, and I think the film should not be made” Take this little time worn adage to heart, ‘I don’t agree with what you say, but I’ll defend to the death, your right to say it’