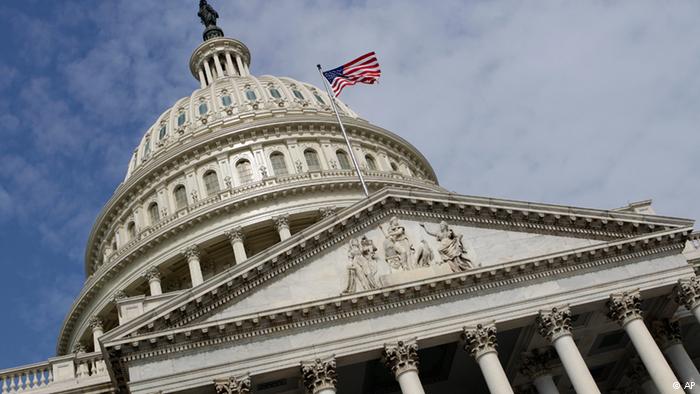 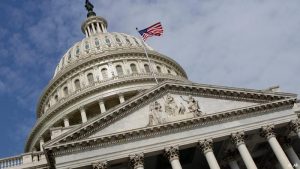 In accordance with the Congressional Accountability Act of 1995(CAA) the Office of Compliance (OC) compiled and published shocking statistics listing (1) the number of settlements paid to its employees and interns after allegations of abuse by legislators; (2) the total amount of dollars paid by US Treasury to the victims of Congressional workplace abuse.

The US taxpayers were made to pay millions of dollars in financial settlements for hundreds of incidents of Congressperson abuse, including gross sexual harassment, against interns, staff and office employees, of both sexes.  This ‘slush and shush’ fund was hidden from the American people.  Many abused victims were paid-off and intimidated into silently watching the elected officials parade themselves as paragons of virtue and champions of their voters.

The data, published by Congressional Office of Compliance, covered a period starting in 1997 to November 2017.  In that period, 264 victims of abuse, some by a number of Congresspersons, came forward with their complaints.  The US Treasury secretly paid over $17 million dollars to the victims while the identities of the abusing Congresspersons are not identified and are protected under the 1995 statute.

In other words, the members of the US Congress, including serial sexual abusers and uncontrolled bullies, have shielded themselves from public exposure, so they could continue preying on their employees with impunity and without any personal material loss or humiliating exposure to their families.  Thus protected, they could expect to be re-elected to abuse again and the taxpayers would pay their secret ‘pay-offs’!

Political Party Leadership in Congress and the Protected Abusers

An examination of the political party affiliation of the Congressional leaders and the Presidents during this 20-year period of abuse reveals that both parties were engaged in shielding offenders and perverts among their ranks.

During the first 10 years (1997-2007), Congress was controlled by the Republican Party.  Under their leadership, the Treasury secretly paid over $11 million in compensation to the victims.

Democrats controlled the ‘House’ during the next three years  (2008-2011) when the Treasury paid over $2.5 million dollars.  As a result of this perverse form of ‘bipartisan cooperation’, abusive officials from both parties were free to abuse, humiliate and exploit their employees and young interns with impunity.

In the last five years (2012-2017), Republicans, once again, controlled the House and oversaw the secret payout of over $3.5 million for ‘bipartisan’ abuse.

Moving from monetary payment to the number of abused employees, we find 133 were subjected to abuse under the Republicans (1997-2007), 48 under the Democrats between (2008-2011) and another 73 victims under the latest period of Republican control (2012-2017).   All victims, who came forward with their complaints, faced a gauntlet of procedural intimidation, ‘counseling’, ‘cooling off’ periods and legal restraint to remain silent.

If we examine Congressional abuse on a per capita basis, Republicans abused on an average, 13 victims a year while the Democrats harassed 12 victims a year.  There is a comforting level of uniformity and continuity of abuse in the US political system under both Republican and Democratic control of Congress.  This indicates a shared political culture and practice among America’s ‘Solons’.  Whatever wild-eyed rhetorical ideological differences, both parties cooperate with great civility in the abuse of their employees.

Indeed, the sense of feudal privilege over employees, viewing workers and interns as peasants, invoking the once outlawed ‘droit de seigneur’, pervades the Halls of Congress.  This culture of feudal abuse, so common in the private sector, in giant corporations, Hollywood and the media, has metastasized to the centers of US political power, leaving untold thousands of brutalized victims and their helpless loved ones to deal with the long-term effects of humiliation, bitterness and injustice.  For every abused young employee, treated like a serf by an all powerful legislator, there are dozens of helpless family members, fathers, brothers, mothers, sisters and spouses, who must deal with decades of silent resentment against these abusers.

None of this is surprising given how both parties have been financed and controlled by corporate leaders, Hollywood moguls and Wall Street speculators, who have exploited and abused their employees with impunity until the recent ‘Me-Too’ movement erupted spontaneously.  Given the transformation of the workplace into a kind of neo-feudal estate, the ‘Me-Too’ movement may be seen as a latter-day ‘Peasant Revolt’ against the overlords.

Presidential Leadership and Abuse in the Workplace

Several Presidents have been accused of gross sexual abuse and humiliation of office staff and interns, most ignobly William Jefferson Clinton.  However, the Congressional Office of Compliance, in accord with the Congressional Accountability Act of 1995 does not collect statistics on presidential abuses and financial settlements.  Nevertheless, we can examine the number of Congressional victims and payments during the tenures of the various Presidents during the past 20 years.  This can tell us if the Presidents chose to issue any directives or exercise any leadership with regard to stopping the abuses occurring during their administrations.

Workplace abuse by elected leaders in Washington is encouraged by Party cronyism, loyalties and shameless bootlicking. It is reinforced by the structure of power pervasive in the ruling class.  Congress people exercise near total power over their employees because they are not accountable to their peers or their voters.  They are protected by their financial donors, the special Congressional ‘judicial’ system and by the mass media with a complicity of silence.

The entire electoral system is based on a hierarchy of power, where those on the top can demand subordination and enforce their demands for sexual submission with threats of retaliation against the victim or the victim’s outraged family members.  This mirrors a feudal plantation system.

However, like sporadic peasant uprisings in the Middle Ages, some employees rise up, resist and demand justice. It is common to see Congressional abusers turn to their office managers, often female, to act as ‘capos’ to first threaten and then buy off the accuser – using US taxpayer funds. This added abuse never touches the wallet of the abuser or the office enforcer. Compensation is paid by the US Treasury.  The social and financial status of the abusers and the abusers’ families remain intact as they look forward to lucrative future employment as lobbyists.

This does not occur in isolation from the broader structure of class and power.

The sexual exploitation of workers in the Halls of the US Congress is part of the larger socio-economic system.  Elected officials, who abuse their office employees and interns, share the same values with corporate and cultural bosses, who exploit their workers and subordinates.  At an even larger level, they share the same values and culture with the Imperial State as it brutalizes and rapes independent nations and peoples.

The system of abuse and exploitation by the Congress and the corporate, cultural, academic, religious and political elite depends on complicit intermediaries who frequently come from upwardly mobile groups.  The most abusive legislators will hire upwardly mobile women as public relations officers and office managers to recruit victims and, when necessary, arrange pay-offs.  In the corporate sphere, CEOs frequently rely on former plant workers, trade union leaders, women and minorities to serve as ‘labor relations’ experts to provide a progressive façade in order to oust dissidents and enforce directives persecuting whistleblowers.  On a global scale, the political warlords work hand in glove with the mass media and humanitarian interventionist NGO’s to demonize independent voices and to glorify the military as they slaughter resistance fighters, while claiming to champion gender and minority rights.  Thus, the US invasion and occupation of Afghanistan was widely propagandized and celebrated as the ‘liberation of Afghan women’.

The Congressional perverts have their own private, secret mission:  to abuse staff, to nurture the rich, enforce silence and approve legislation to make taxpayers pay the bill.

Let us hope that the current ‘Me Too!’ movement against workplace sexual abuse will grow to include a broader movement against the neo-feudalism within politics, business, and culture and lead to a political movement uniting workers in all fields.