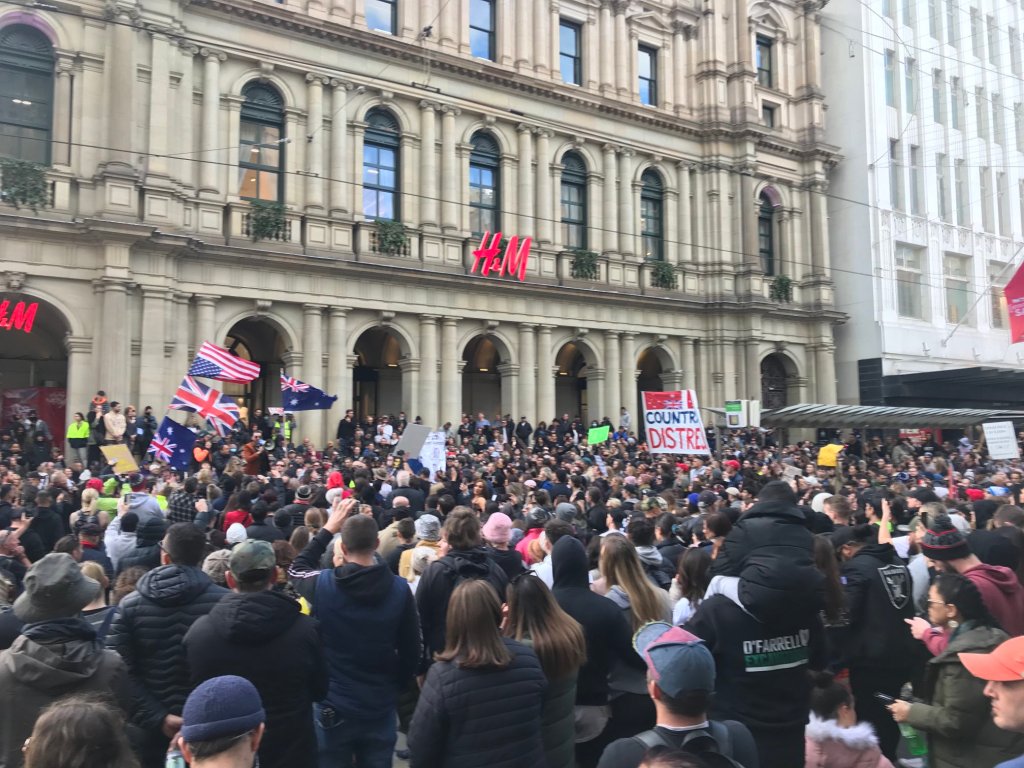 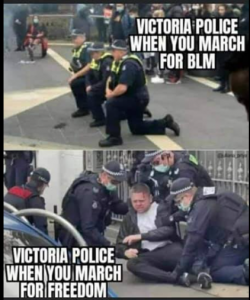 Our political class cannot comprehend why people who have been locked in their homes for the better part of two years yesterday took to the streets in the middle of a pandemic.

Victoria Premier Daniel Andrews said protesters “should be ashamed of themselves” and lamented that “we can’t vaccinate against selfishness”.

He told a press conference yesterday: “I’m making a serious point. I don’t know what half of them were protesting against!”

When a reporter volunteered the answer, “You”, Andrews shot back, “Well then good on them, except it’s illegal.”

His New South Wales counterpart Gladys Berejiklian said she was “utterly disgusted” at the protests while her Deputy Police Commissioner condemned the protesters’ “filthy, risky behaviour”.

Former Labor Treasurer Wayne Swan, a great conspiracy theory fan, retweeted suggestions the protests were organised by the same “far-right forces behind the Jan 6 attack on the US Congress”.

ABC journalists, comfortable in their taxpayer-funded jobs, were quick to label protesters as stupid and uneducated.

Radio host Patricia Karvelas said: “I’m genuinely shocked that there are that many people stupid enough to protest and spread a virus that might kill them. My brain hurts.”

What astonishes me is not so much that people protested, but that our cultural betters seem genuinely clueless as to why the patience of citizens has finally run out.

1.You told us to stay home for two weeks to “flatten the curve”. We did as you asked. And 18 months later we are still locked in our homes.

2. You kept brothels open but closed churches because illicit sex wouldn’t spread the virus, but religious services would.

3. You tell us you are “following the science” while subjecting us to arbitrary restrictions with zero basis in science.

5. You insisted that “we are all in this together” while we lost our jobs or saw our hours slashes and you got pay rises.

6. You keep thousands of Australian citizens from returning home while allowing a figure of such inconsequence such as Caitlyn Jenner into the country to film Big Brother, along with an entire other legion of luvvies.

7. You let these types head straight to compounds on the Queensland coast or at Byron Bay to quarantine while Australian citizens served their 14 days in poky hotel rooms with minimal facilities, many of which were health hazards themselves.

8. You refuse individuals the ability to visit interstate relatives — even immediate family — but give special exemptions to entire football teams to travel around the nation.

9. You told us Astrazeneca was unsafe for people under 60. Then you told us AZ was unsafe for people under 50. Now you urge us all to take AZ, and sneer at us if we hesitate to follow your ever-changing ‘expert’ advice. You, of course, have the power to reject this advice, but presumably are so afraid of having to take responsibility you’re happy to play along, despite the damaging confusion.

10. You said we can’t go overseas, but that the Queensland Premier simply must go overseas to pitch for an Olympic Games that we had already won and that we didn’t even want.

11. You tell us it’s too dangerous even to go outside but have created a bizarre economy and labour force that allows the wealthy to sit at home in their pyjamas getting paid to conduct Zoom meetings while the poor and many of the worst equipped to follow health warnings must daily risk their lives.

12. And can we please contrast your huffing and puffing from the weekend with your complete cowardice over those Black Lives Matter marches last year?

You treat the public like mugs for the better part of two years, and then wonder why they take to the streets effectively saying, “screw you”.

Well, of course it’s a mystery.