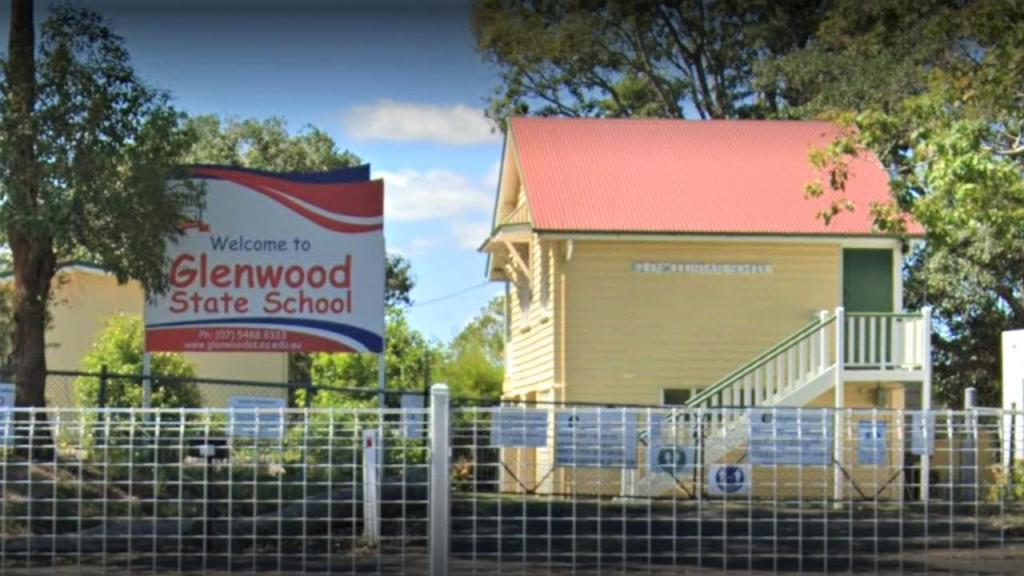 A regional school in Queensland has almost no teachers left after most of its staff walked out of the classroom to protest against the vaccine mandate.

The majority of teachers have taken leave from Glenwood State School in the Gympie Region, a week before the term ends, according to reports.

Only five teacher aides and the specialist teachers have remained behind at the school.

Glenwood mother Marie Shing, whose 12-year-old daughter Abby Waters is about to complete Year Six at the school, told reporters she heard the news through another parent, which was later confirmed by one of the teachers who left.

“All of them have agreed that they’re standing up for their rights,” she told local newspapers.

“I don’t think they’re coming back next year.

I’ve told them the community is proud of them and we stand behind them.’

The walkout is a protest against the vaccine mandate that requires high-risk workers, including teachers, to have received their first dose by December 17.

The state is set to bring itself into line with other parts of Australia in mandating vaccines for its 100,000-plus education workforce.

Teachers must then be fully-vaccinated by January 23 — in time for the new school year.

A workers body has warned the new rules have been brought in too quickly and could lead to an exodus of thousands of teachers in the state.

A Queensland Department of Education spokesperson said the school had made arrangements to ensure the student’s learning was not impacted.

‘Staff absent from work must have a valid reason and provide appropriate evidence to support their absence, as is normal practice,’ she said.

‘Glenwood State School has made arrangements to ensure the continuity of learning for all students will not be impacted.’

The spokesperson said the department of education was standing firm on its vaccination deadline.

‘Queensland has worked hard to remain COVID-safe since the pandemic began, and this new vaccination requirement is a further step to keep our staff and the students and children in our care, safe,’ she said.

‘The Department of Education will implement the public health direction that requires staff to receive their first dose by 17 December 2021 and second dose by 23 January 2022.

‘All staff will need to comply with the public health order unless they have a valid medical exemption.’