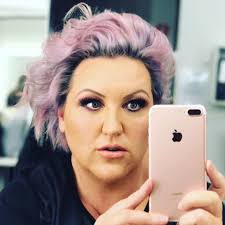 Celebrities and commentators angry at Scott Morrison’s election win have tweeted “Australians are dumb” and vowed on social media to move to New Zealand.

Television personality and sometime The Project panellist Meshel Laurie unleashed on Twitter, posting “Australians are dumb”, which she followed up with “Dumb. Mean-spirited, Greedy”.

And when a Twitter poster replied with “Labor got greedy with too much tax” and “nobody likes” Shorten, Laurie responded.

“Tax pays for everything outside your house genius. It pays for hospital you’ll die in one day.”

Laurie also tweeted, in an obvious reference to a wish for the re-elected PM to fail during his coming term, “the only thing to look forward to in a AUSTRALIA is Shadenfreude”.

Leave a Reply to Fed up Cancel reply