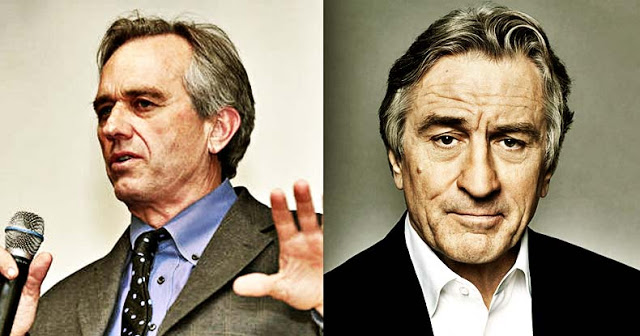 Update: 10:00AM EST… It started at 10 AM EST. Infowars is live-streaming it as a ‘Facebook Mentions’ here:

DEVELOPING… I’ve just received word that, in a few minutes, at the National Press Club, in Washington DC, Robert De Niro and Robert F Kennedy Jr. are issuing a challenge to all media and all scientists…

They will give $100,000 to anyone who can show one published study that proves mercury in flu vaccines—at the levels it is injected—is safe.

The press conference will begin at 9:15am EST. National Press Club here.

This is named THE WORLD MERCURY PROJECT CHALLENGE.

Will the press conference be broadcast? That’s up to the media attending. Will they have the guts? Infowars has said they will be there to cover it (live steamed?).

I’m told that CNN backed out of attending the press conference, and now they’re in again…

Del Bigtree, producer of the film Vaxxed (trailer), will also speak at the press conference.

Kennedy states that Trump contacted him to head up a commission investigating vaccine safety. According to Kennedy, Trump said he knew he was going up against Big Pharma, but he was ready for the battle.

At this moment, De Niro and Kennedy are sitting in a small broadcast room at the Press Club, waiting to start. No one knows how many press outlets are going to show up.