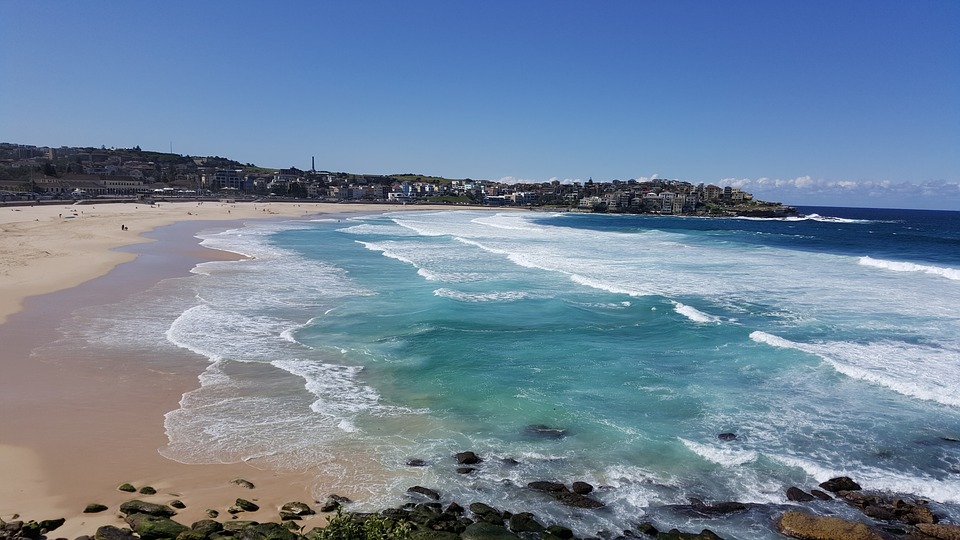 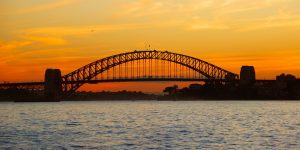 Rapid population growth fuelled by big immigration numbers has made Sydney an increasingly congested and dysfunctional city. This is not the fault of the migrants themselves, but of political elites who have lost sight of the importance of sound population policy, urban planning and service provision.

One Nation strongly supports migrant communities that have come to Australia with a strong work ethic, wanting to embrace Australian values. We acknowledge the success of European and Asian migrants in particular in building a stronger State and country.

Australia’s immigration program should not discriminate against potential migrants on racial or religious grounds. This is One Nation policy. Yet we also recognise the need for migrant selection criteria consistent with Australia’s national interest. That is, new arrivals must be of good character (posing no national security or crime risk) and capable of integrating into Australian society by embracing the Australian way of life.

The main problem with Australia’s immigration program is its size. A majority of new arrivals settle in either Sydney or Melbourne, meaning that national policy needs to have strong regard for its urban consequences. A 2018 Federal Government report concluded, “In parts of Sydney, such as Ryde, Parramatta, the Inner-West, North Sydney, Hornsby and the Eastern Suburbs, migrants accounted for more than 70 per cent of the increase in population (between 1996 and 2016).”

Yet still, the growth continues unchecked. The Greater Sydney Commission has projected Sydney will need to accommodate another 1.8 million people over the next 18 years, that is, 100,000 per annum (on top of its existing population of 5.1 million). In April 2017, the Federal Government forecast that Western Sydney’s population of two million people would grow by another million in the next 20 years, primarily through the new metropolis being constructed between Penrith and Camden.

Growth of this kind is simply unsustainable. The city is already choking on congestion. Ask any Sydney commuter or young family trying to get its children to and from school and sports training. Visit the schools that have as many demountable classrooms as permanent ones, and hospitals with crowded waiting rooms. Sydney is over-crowded and increasingly dysfunctional.

New suburbs are springing out of the ground on the city’s fringe, adding to urban sprawl. Established communities are being subjected to huge population increases through rapid changes in density and apartment tower construction, without any offsetting improvement in local infrastructure and services. While Sydney has been in the eye of the population storm, these pressures are also being felt on the Central Coast and in the Hunter and Illawarra regions.

The promise of ‘better planning’ has been a hoax on the people of Sydney. In August 2018 Australia reached 25 million people, 24 years sooner than the Federal Government had projected in 2002. Governments and bureaucrats are now scrambling to provide for the services and transport links they didn’t think were necessary until decades from now.

Given that major infrastructure projects have a long lead-time, the planning task is impossible. No government can keep up with the extraordinary rate of population growth and congestion. The promise of an infrastructure miracle is a mirage. The current government can’t even build something as simple as light-rail in George Street, Sydney, without major delays and complications.

The Greater Sydney Commission epitomises this delusional approach. Its head, Lucy Turnbull, has said that Sydney is “far from full” and can take many more migrants. Even with huge increases in population, she thinks we can become a “30-minute city” whereby everyone is half-an-hour away “from either work, school, university or whatever they like to get up to.” In reality, the average Sydneysider would need to borrow the Turnbulls’ helicopter to achieve this objective.

The only answer is for Sydney to take a break from population growth. The major parties have acknowledged the problem but don’t know what to do about it, given their attachment to big immigration numbers. In 2000 the Labor Premier Bob Carr said that Sydney was full. In August 2018 the (now) NSW Labor Leader, Michael Daley, said that life in Sydney was becoming “manifestly unpleasant” due to excessive growth.

That same month, Premier Berejiklian conceded that some parts of Sydney “cannot handle extra development” but refused to say which areas she was talking about (a stunning lack of frankness and honesty). Ms Berejiklian has been a lifelong supporter of Big Australia immigration policies and anything she says to the contrary (in the shadows of an election campaign) cannot be taken seriously.

The Liberals are all over the shop in knowing what to do about Sydney’s future. Their only strategy is to do what’s politically convenient. In September 2018 the Planning Minister Anthony Roberts told a public forum on Sydney’s growth that, “overdevelopment does not exist” – not only contradicting the Premier but his own actions in the Liberal-held seat of Ryde.

In May 2018 the Berejiklian Government placed restrictions on residential growth in the Ryde Council area. New residential rezoning applications were frozen for two years. The LGA’s medium density code was also suspended. Why doesn’t this intervention apply to the rest of Sydney: for every other suburb experiencing over-development and infrastructure shortages?

NSW One Nation supports a growth containment strategy for Sydney. All over-developed suburbs should have planning and density restrictions placed on them, not just Ryde. The Government should publish a comprehensive report on the areas suffering from over-development – the suburbs Berejiklian refuses to name.

Greenfields residential land releases should also be limited to avoid further urban sprawl and congestion. Hemmed in by national parks to the north and south and the Blue Mountains to the west, Sydney has natural barriers to its growth that must be acknowledged in State Government planning strategies.

In their PR-spin, both NSW Labor and Liberal say they want to be consulted by the Federal Government about the size of the immigration program. In fact, there has been a consultative mechanism in place, for the skilled migration intake, and successive NSW Governments have argued for big numbers. It has been an easy way of increasing their property-related budget revenue – a milch cow.

If the Coalition and Labor were serious about containing Sydney’s growth they would not be proceeding with the so-called Western Sydney Aerotropolis in its current form. The Planning Minister, Anthony Roberts, has said, “The State Government is laying the foundations for the development of a new city around the (Badgerys Creek) airport that, when completed, will be larger than Adelaide.” Adelaide has a population of 1.3 million people.

For the people of Western Sydney, the new airport has held out the promise of local job creation, helping to cut down on commuter travelling times in and out of the region. This should be the Government’s focus, rather than using the airport development as another excuse for residential growth and urban sprawl. Airport-related jobs should be for existing Western Sydney residents, not soaked up by further rapid population growth.

The Aerotropolis has drawn up plans for massive residential releases. Earlier in 2018, the Minister said this land will be acquired at current values, prior to residential zonings from which the government will then profit. This is contrary to long-established zoning practices, unfairly jeopardising the interests of existing landowners and their legitimate property rights.

One Nation opposes this ham-fisted approach and the grandiose way in which the Aerotropolis and its powers have been conceived. Land acquisition is only appropriate in the immediate vicinity of the airport, creating employment through tourism, commercial, industrial, educational and airport-related development. Residential development should be limited and guided by standard planning and zoning laws. As a question of fairness, market-based values and processes must be available to landowners.

The Liberal-National Government has also mismanaged the settlement of refuges in Sydney. In 2015, it eagerly accepted a special intake of 7000 Syrian refugees into the State. Premier Baird went to the trouble of appointing Peter Shergold, formerly head of the Prime Minister’s Department, to be the Coordinator-General for Refugee Settlement.

Shergold said the new arrivals would live in places like Coffs Harbour, Albury and Wagga. Yet over 6000 of the 7000 Syrians went to one local government area: Fairfield in Western Sydney, with all the problems of integration and service delivery. Fairfield has the highest unemployment rate in Sydney.

The Baird/Shergold policy has been an urban planning disaster, demonstrating how NSW should not be party to any future special refugee intakes. It also highlights the myth of governments moving new arrivals to regional areas. Politicians make this promise knowing it will never happen, that migrant families are inevitably drawn into the big cities.

Following his failure on refugee settlement, in October 2018 Ms Berejiklian appointed Shergold to her new committee dealing with immigration numbers and Sydney’s growth. This is the problem with the Coalition Government: it rewards failure with promotions to even more senior positions, certain to once again mismanage Sydney’s future.

No aspect of the current immigration policy is working for the benefit of Australians who live here now. The Federal Government must listen to Senator Pauline Hanson, who has been a strong voice for overhauling the program, cutting its numbers and easing the pressure on our cities. Reduced immigration would also help to solve the housing affordability crisis, assist wages growth (by no longer flooding the labour market) and make more jobs available for Australian residents.

Throughout 2018/19 the electorate has a unique opportunity to send a powerful message about Sydney’s future. A March State election, followed by a Federal poll (most likely in May) offers a chance to change policy direction. Electing One Nation State and Federal MPs means that immigration numbers can be cut and suburban over-development and sprawl can be avoided.

One Nation, working together as a Federal/State team, has an eight-policy approach to restoring Sydney’s future prospects as a liveable city: