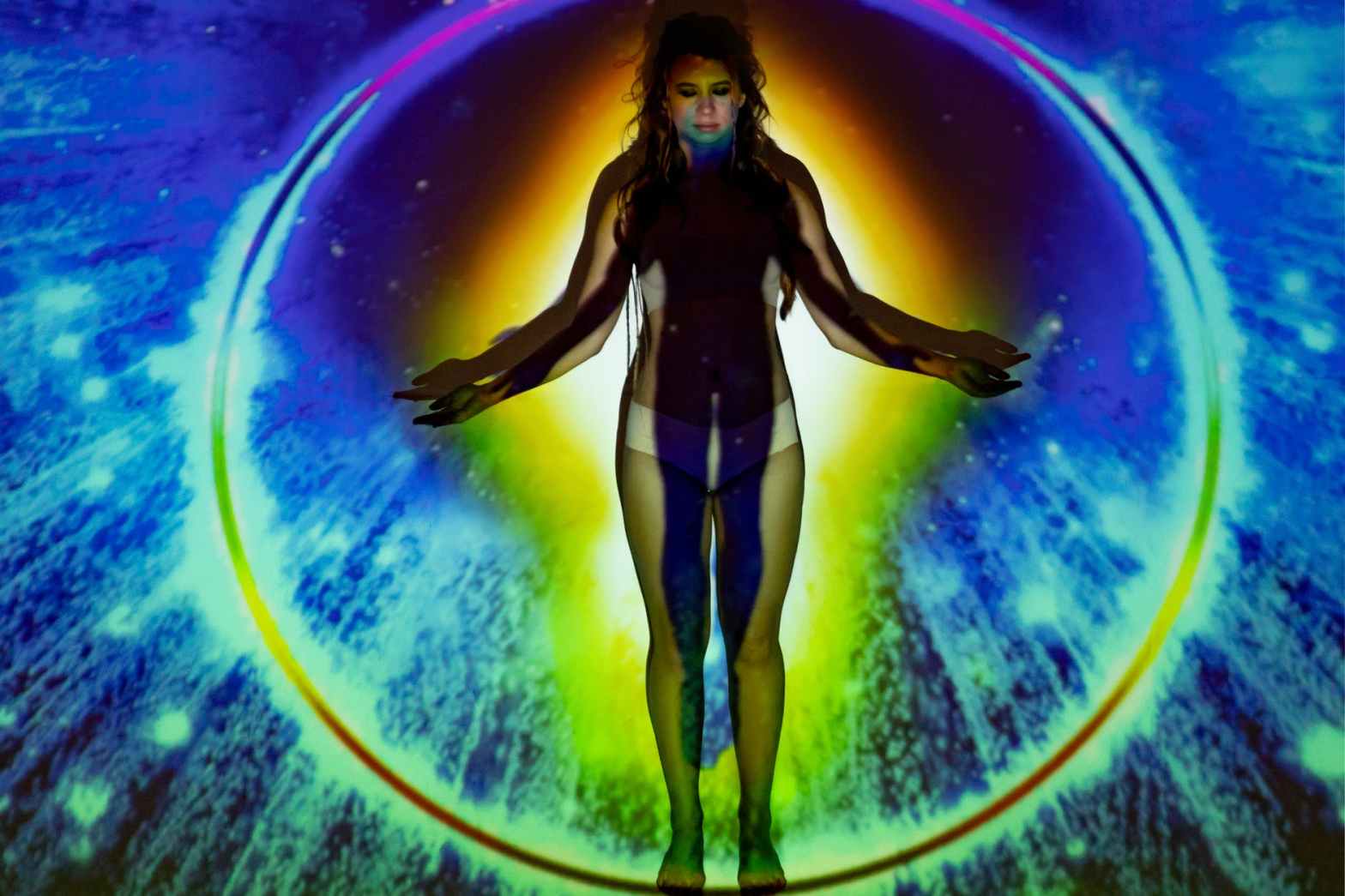 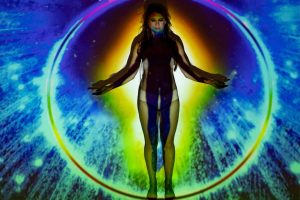 Since I wrote my article on the AMINO AGE more scare mongering has come to light and I’ve been asked many questions by people who are still worried they can somehow ‘catch’ something from the unfortunates who have been already jabbed.

I know it was a complicated mission to try and explain what really goes on in these gene manipulation labs and maybe I did not simplify things enough. I did try. For those who did not get it I will try and outline the basic fraud I’m attempting to uncover and try to lift the veil finally on this nonsense. One of the things that keeps coming up is the ‘magneto’ effect, why it is happening and how does it affect us.

I looked into some of the scientific papers on the techniques they are using but more importantly WHY they are using these magnetic particles. The why is more important because it reveals the underlying mistake they are trying to overcome.
You see when I look at a paper, apart from having to learn new terminology to understand new research (along with new gobbledegook) certain sentences jump out and shout at me because of what we have already learned and debunked. Example:

Think about that first line. (Notice no mention of viruses at all) What problem are they trying to overcome? Ok I’ll tell you. They are basing all this ‘gene insertion’ research on the notion that ‘viruses‘ inject DNA into the cells forcing the cells to reproduce that DNA, remember? We know this is complete nonsense. If you need a refresher read this: https://northerntracey213875959.wordpress.com/2021/05/25/going-viral-a-recipe-for-disaster/
and this: https://northerntracey213875959.wordpress.com/2021/06/09/proteins-spikes-and-bio-weapons/

They concocted that story from seeing still electron microscope pictures of dead/poisoned/dying cells looking like a bomb site (they caused) and concluded they had exploded and that the debris was new copies of DNA from an imaginary virus. Pure fantasy. They admit their DNA (not virus) vaccines do not work but can’t fathom why. The old quote we often see is ‘scientists are baffled’. Yeh they are always baffled because they are lost in their own forest of wrong assumptions.
Secondly they admit that ‘proteins’ seem to work much better, yes we have spoken about this foreign protein problem twice now and the old anaphylaxis reaction which they take to be the ‘immune system’ working. Ask yourself this tho, why would the body react to a foreign protein but not as much to foreign DNA? I’ll tell you again, because DNA (if it exists) is inert (in that it doesn’t do anything so is harmless) whereas proteins are biological and do have functions and in the wrong place are not welcome and can be toxic. The body must deal with them which produces symptoms we can see and feel which they assume again is the ‘immune system’ working.

So this paper and many others I’ve been sent (along with scare-mongering video’s by people who’ve watched too many sci-fi movies) are talking about and hinting at the old problem of getting our cells to take up DNA or RNA and replicate it. They can’t do it in other words. This is why they have pumped so much money into ‘gain of function’ research. They are trying desperately to make their virus theory a fact but can’t because it is wrong.
All the cell lines they use in their research are dividing cells like cancer cells or embryonic cells because remember I told you these are the only cells they’ve seen dividing and replicating the chromosomes. The magical never seen DNA is said to be inside the chromosomes. Chromosomes are what genetics is all about and what classical genetics looked at, in other words hereditary genetics. ‘DNA’/chromosomes are only replicated during reproduction and in real ‘active’ cancer cells. If it happened already in normal cells then why would they be trying so hard to make it happen. Maybe because it doesn’t and won’t, no matter how hard they try because the theory is just plain wrong. So in short our cells cannot be forced to replicate a synthetic, computer born protein. I believe this SPIKE PROTEIN story was a complete red herring to divert attention from the real ingredients.

Cancerous cells are a whole other subject which I have covered before here and on an old talk I did with Sallie Elkordy years ago.
https://northerntracey213875959.wordpress.com/2021/04/22/the-cure-for-cancer-is-cancer/
The whole gene therapy field has worked with cancer cells extensively and they haven’t managed to harness that process either because they do not understand it even after years of searching. One thing they HAVE cottoned onto though is the ‘energy’ factor. This is why they have turned to these nano-magneto particles BUT again they don’t understand the energy/biology connection yet. Many alternative practitioners do understand it tho like Chinese medicine (ying yang, chi and accupuncture are all bio-energetic protocols). The problem with that is there is no money in it, nothing they can patent and sell so they have to use chemistry (alchemy). Their materialistic brains cannot fathom that healing is free for all and inbuilt in our own biology. They can never harness that while profitting from and controlling us so they are stuck in their own forest of wrong-think, scrabbling about in the dirt looking for more ways to make us sick and profitable.

There is also a lot of talk about GRAPHENE this week. So I went and had a look at what that is and if it can do what it says on the truthers tin again. What is ‘graphene’? Again they like to baffle us with scientism but really it is just a form of carbon.

Graphite is what they put in pencils. I saw a cool little video of a man showing how you can make graphene from a pencil. He scribbled a dot on a piece of paper with a pencil, then stuck a piece of sellotape over the dot, pulled it off and said that was a thin layer of graphite, then he again stuck another piece of sellotape to the first piece and pulled them apart again and explained now he had a nano layer of graphite which he said is now ‘graphene’. So it’s just the thinnest layer possible of carbon. Tadaaaa. How scary was that? No not scary at all is it. It brings a whole new meaning to the old magic pencil story.

Does it belong inside the body tho. I would say a big fat NO. Is it a protein. Also a no but none of these shots ingredients belong in the body. How does the body deal with an injection of nano-graphite (carbon)? I don’t know and I’m not sure they do either but I’m pretty sure it poses no threat to anyone who isn’t getting it injected into them so I’d say the jabbed are again no threat from so called ‘shedding’.
All the talk of vaccines being developed that can vaccinate the unvaccinated is pure fantasy too. If they’ve never managed to make even one vaccine work it’s a big step to claim they can make a massive jump from inneffective to infective let alone effective.

They do seem to be trying to mess with our bio-field with all these magneto nano-products which means we are going to have to learn more about this always considered ‘fringe’ and ‘woo’ medicine and openly mocked because behind those closed doors THEY are taking it very seriously actually. If you want to find out about how our bodies are ‘energy’ and frequency’ based look at the work of Eileen Day McKusick and be blown away. Lanka says our bio-information (the DNA blueprint in other words) is NOT in the nucleus of our cells at all but in our bio-field, the ‘aura’ the ‘consciousness’. Rupert Sheldrake long ago hypothesized our memories were not stored in our brains bbut outside of our bodies in the ‘consciousness’.
The fields of ‘Energy-Medicine’ are being heavily mocked and diverted from because they are such a threat to many of their new ‘weapons’. 5G being one which may be used for targetting our bio-energy. German New Medicine or ‘New Biology’ is a threat to the cancer business and also looks at illness from an energy/frequency perspective. Also homeopathy was always about an energy field/memory held in water or pill form.

A lot of people think science is exactly what they see in sci-fi films and teLIEvision PROGRAMMING. We’ve had all the CONTAGION films bombarding us with all the nonsense of antibodies and searching for that one immune person, now we have gene-manipulation programming like one I watched last night called Biohackers. Programmes like this literally program us to believe they can do all this fantastical stuff with their gene technology but it’s a lot of wishful thinking and fantasy. It is far from truth and the reality of what’s going on in these labs. It’s also a form of marketing to keep the money rolling in while never actually delivering their promises of cancer cures and everlasting life, just fantasy scenarios.

Gene ‘therapy’ will never deliver any cures for anything because just like germs were not killing us and viruses were the invisible new fantasy enemy, genes are also NOT the cause of any diseases therefore they cannot be a cure. Their manmade strings of amino-acids which they patent and want to inject into you are their own fantasy chemical concoctions of what they think genes are or at least what they want us to believe in and buy.
Speaking of patents an interesting interview was aired also this week of a Dr David Martin giving his testimony to Reiner Fuellmich and his crew which was very interesting in that it exposes what they have patented and when. One in particular was the famous ‘SPIKE PROTEIN’
In his testimony he states that this particular protein they call ‘Spike’ is a computer simulated sequence of amino acids and it was patented in 2008!!! So not ‘novel’ at all and certainly not real. Remember nothing in nature can be patented. If you think you know enough now about patents and computer modelling then watch this man wipe the floor with these so-called life-saving, cure-finding sciences. They actually are criminals and you’ve been had.