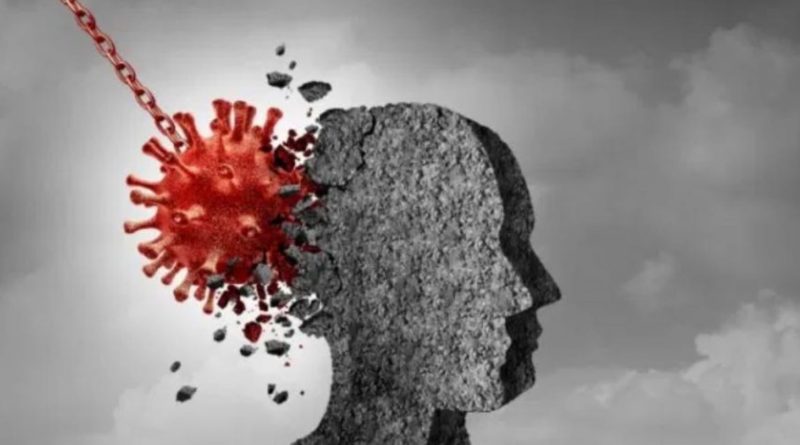 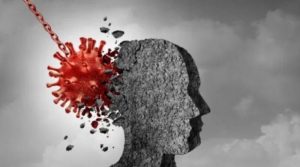 A recent article published in the scientific journal Microbiology and Infectious Diseases makes the claim that the mRNA Pfizer Covid vaccine may contain prions which cause deadly neurodegenerative disease, sometimes called “Creutzfeldt-Jakob” or  “Mad Cow” disease. The article, titled “COVID-19 RNA Based Vaccines and the Risk of Prion Disease,” was published in January of 2021 and has been studiously ignored by major media, which has focused its efforts on encouraging individuals to take the jab.

The paper was authored by J. Bart Classen, MD and analyzed the Pfizer mRNA vaccine, stating that:

The RNA sequence of the vaccine as well as the spike protein target interaction were analyzed for the potential to convert intracellular RNA binding proteins TAR DNA binding protein (TDP-43) and Fused in Sarcoma (FUS) into their pathologic prion conformations. The results indicate that the vaccine RNA has specific sequences that may induce TDP-43 and FUS to fold into their pathologic prion confirmations.

The paper goes on to state that “The folding of TDP-43 and FUS into their pathologic prion confirmations is known to cause ALS, front temporal lobar degeneration, Alzheimer’s disease and other neurological degenerative diseases.”

In other words, the Pfizer mRNA vaccine may have the  capability of turning brains to mush.

Far from prompting any pause or calls for re-evaluation of the Pfizer vaccine, the media has largely ignored the paper. A few of the more notorious “fact check” websites have pronounced that the conclusions of this study are false.

According to USA Today, which appears to be possibly the only national mainstream media to have covered this article, “Contrary to Classen’s claim, there is no evidence to suggest the COVID-19 vaccines can cause prion diseases or other neurodegenerative diseases like Alzheimer’s.”

USA Today cites as their source for this the fact that the FDA did not mention prion disease as an effect of the vaccine. USA Today also mentions that the CDC’s VAERS website does not mention prion disease as resulting from the Pfizer vaccine. However, as prion disease takes years to develop, it is hardly likely that the VAERS website would contain this information. The article goes on to trash the journal in which the article appeared, quoting a Dr. Angela Rassmussen with Georgetown University as stating that it is “not a reputable or reliable journal.”

The article charges that “Microbiology & Infectious Diseases is an open-access journal published by SciVision Publishers, a potential predatory publisher intended for profit rather than academic peer-review.” In fact, SciVision Publishers makes its content freely available without charge, while charging the authors a publication fee.

There are other statements intending to “slur the messenger” by the fact check sites. PolitiFact stated that Classen speculates on his website that the coronavirus pandemic “is actually a bioweapon attack and may be linked to the U.S. anthrax attack of 2001.”

PolitiFact states that “He also included that claim — which PolitiFact has repeatedly debunked — in the body of his research article.”

PolitiFact has gotten this wrong. Way, way wrong. There is a clear nexus with the attacks of September 11 and a bioweapons agenda. This nexus manifested itself in a number of ways. For one, the infamous Patriot Act, passed in the wake of 9/11, contains a little discussed section, enumerated as 817, The Expansion of the Biological Weapons Statute, which gives the US government immunity from violating its own bioweapons laws. This nexus between the events of September 2001 and a bioweapons agenda is discussed extensively in my upcoming book At the Breaking Point of History: How Decades of US Duplicity Enabled the Pandemic.

Apart from the propagandistic slur above, PolitiFact also charges that Classen provides no evidence of a relationship between the Pfizer vaccine and prion disease, stating “All he includes is a three-sentence methods section summarizing an unspecified analysis of the coronavirus vaccine.”

However, in an article in the International Journal of Vaccine Theory, Practice and Research, authors Dr. Stephanie Seneff (MIT) and Dr.  Greg Nigh discuss a variety of problems presented by the mRNA vaccines.  Their peer reviewed article, which is titled “Worse Than the Disease? Reviewing Some Possible Unintended Consequences of the mRNA Vaccines Against Covid-19” also supports Dr. Classen’s concerns, stating that “When considering that the SARS CoV2 spike protein is a transmembrane protein, and that it contains five GxxxG motifs in its sequence (see uniprot.org/uniprot/P0DTC2), it becomes extremely plausible that it could behave as a prion.”

The authors go on to note “…that the mRNA vaccines are designed with an altered sequence that replaces two adjacent amino acids in the fusion domain with a pair of prolines. This is done intentionally in order to force the protein to remain in its open state and make it harder for  it to fuse  with the membrane. This seems to us like a dangerous step towards misfolding potentially leading to prion disease.”

The article also addresses concerns about vaccine “shedding,” and provides scientific validation for concerns that vaccinated can potentially infect unvaccinated with prion disease. The article states that “There has been considerable chatter on the Internet about the possibility of vaccinated people  causing disease in unvaccinated people in close proximity. While this may seem hard to believe, there is a plausible process by which it could occur through the release of exosomes from dendritic cells in the spleen containing misfolded spike proteins, in complex with other prion reconformed proteins.”

In pursuit of obtaining informed scientific responses to Dr. Classen’s article, this reporter contacted numerous scientists working in neurology and specifically researching prions, including several cited by Classen in the footnotes to his article. No input whatsoever was received from Dr. Aaron Gitler, Dr. Oliver King, Dr. Katannya Kapeli or others contacted for their response. The FDA was also contacted for comment and did not reply.

A recent article revealed that a neurodegenerative  disease resembling “Mad Cow” disease seems to have popped up in New Brunswick, Canada, and states that “In a March 5 memo to organizations representing New Brunswick’s doctors, nurses and pharmacists, deputy chief medical officer of health Dr. Cristin Muecke said her office is investigating a cluster of cases of “a progressive neurological syndrome of unknown etiology,” or origin. The cases have “many similarities to Creutzfeldt-Jakob disease,” she said, but testing has so far ruled out known prion diseases.”

Janet Phelan has been on the trail of the biological weapons agenda since the new millennium. Her book on the pandemic, At the Breaking Point of History: How Decades of US Duplicity Enabled the Pandemic, will be published in 2021 by Trine Day. Her articles on this issue have appeared in Activist Post, New Eastern Outlook, Infowars and elsewhere. Educated at Grinnell College, UC Berkeley and the University of Missouri Graduate School of Journalism, Janet “jumped ship” and since 2004 has been writing exclusively for independent media. Her articles previously appeared in the Los Angeles Times, Oui Magazine, Orange Coast Magazine, the Long Beach Press Telegram, the Santa Monica Daily Press and other publications. She is the author of the groundbreaking expose, EXILE and two books of poetry. She resides abroad. You may follow Janet on Parler here @JanetPhelan. To support her work, please go to JanetPhelan

White: Stop white genocide. Do your part to wake up your people: https://www...
The Crazz Files: Thanks for your support Lozzi....
lozzi: Hey there, just found your website last night while listening to Max I...
@gus: You will not see this in the Mainstream media and if you do they will ...
@gus: Absolutely and if the police are allowed to continue this thuggery the...
tracey: So you hook your brain up to the cloud and you can download in seconds...
@gus: The only way out for the Victorians and Australia is for the Victorian...
@gus: The Victorian Police have a history of protecting pedophiles particula...
SeaShell: https://www.wakingtimes.com/must-mankind-bow-to-false-gods/?utm_source...
Binra: The explication of such identity set in guilt and fear is our world ex...