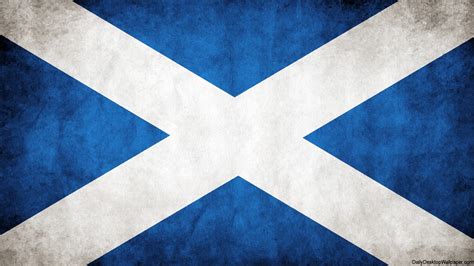 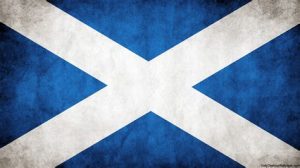 As a result of having had an incompetent Pakistani Muslim, Humza Yousaf, as Justice Minister, Scotland now has legislation in place that allows us to be arrested for dinner conversations we might have in our own homes, if anyone feels there is “hate” involved. This is all done under the guise of allowing everyone to get along. The reality is that the bill is nothing more than a gag order against people who are unwilling to put up with the human rights violations that all too often occur when living next to Pakistani Muslims. Rather than adapt and fit in, many Muslims want us silenced so we can’t criticise them.

Racism is normalised in many Pakistani Muslim households. They’re just very careful about not letting the mask slip when they’re outdoors. I don’t know why they settle in white non-Muslims lands when they seem to despise white non-Muslims (as well as other non-Muslims) and look down on us. The latest case focuses on a Muslim mother who revealed her true colours when she found out that her adult son, a 27-year-old pharmacist, was dating a white non-Muslim woman. The mother put a knife to her own throat and threatened to slit it unless her son stopped seeing the “gori” (white whore). She screamed at him that he was bringing shame on the family by dating this woman. “She went on to say she could not live with the shame of him being in a relationship with a white girl.”

Things got so bad that the son, who was living in the family home, had to leave and go with his girlfriend’s family, who accepted him with open arms and no racism. The mother then started stalking her son at work and in his social life. She threatened to kill him and his father. “Allah kasam, if you don’t get back tonight I’ll find you and I’ll kill you, I’m not joking…If this thing leaked I’ll kill myself, and I won’t let you live or the rest!!!!” She was terrified that her neighbours, friends, and people at the mosque would find out. Which tells us all we need to know. None of her Muslim associates would tell her to stop her worrying, that we’re living in 2021, and to stop being a racist. Most or all of them must have been in agreement with her sentiments.

She then used an analogy of a pig and a dog to let her son know the reason why Muslims don’t let non-Muslim people into their gene-pool by marriage: “We don’t eat pork or have big dogs on our sofa or beds.” Non-Muslim women are fine for Muslim men to date or rape, but when it comes to marriage, only a close first-cousin will do for these genetic elitists. When her son still wouldn’t dump the woman he was seeing, the mother continued in very transphobic language, demanding that he come home “without f**king ladyboy tattoo” – understood to be another derogatory reference to the man’s girlfriend.

It all went to court after the son was forced to call the police on his mother, but she got off with a fine. Keep in mind that this woman is well-to-do. We’re not talking about some uneducated illiterate with a headscarf on, who is tied to the kitchen sink. No, this woman is the director of a property company in Edinburgh. She has two other sons; one is an accountant, the other a lawyer. We’re dealing here with educated, privileged, upper middle-class people who still hold these abhorrent, racist views. Her solicitor said she is a proud Muslim woman from a proud Muslim family, and that the family just needs to go home and heal. Heal from what? Their racism having been exposed? Why weren’t they asked to apologise to the Scottish public for living in their midst whilst harbouring such odious and mediaeval attitudes?

She pleaded guilty and was ordered to pay £500. Compare this to the Edinburgh couple who were jailed for 12 months for “attacking” a mosque with strips of bacon. This was before the hate crime legislation came into effect last month. The girl was 18 and spent a year of her life rotting in a jail cell for what could very well be classed as an immature, drunken prank. The Muslim mother has the wisdom of age and education and sobriety at her disposal. There really is no excusing away her racist and hateful stance towards non-Muslims. I dread to think what that young Edinburgh couple’s sentence would be if they pulled that stunt at a mosque today. I also dread to think what sentence a non-Muslim mother would be given if she were to speak that way about her daughter’s Muslim boyfriend. It doesn’t bear thinking about.