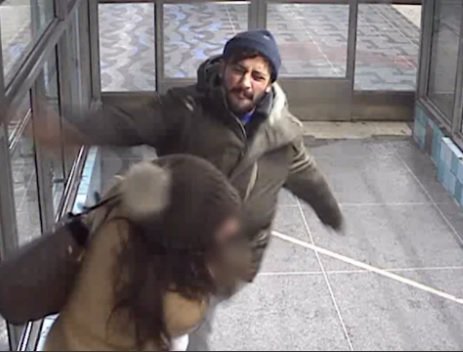 On Saturday President Trump held a rally in Florida in front of thousands of supporters.

During his speech President Trump referenced the violence in Sweden due to the tremendous influx of refugees.

The media immediately attacked President Trump for suggesting there is a refugee problem in Sweden.
They claimed he was making it all up.

Here is what President Trump was talking about…
Muslim refugee slaps and spits on a young woman with children.

Muslim Savage tries to cut a Swedish woman in line: “I urinate on people like you” & “ f*cking