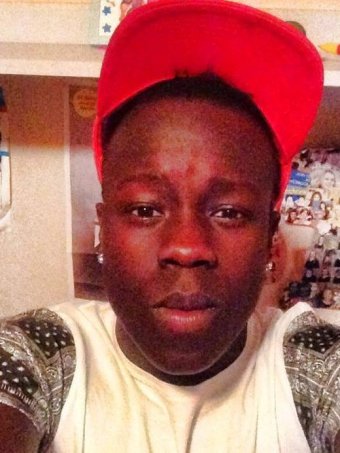 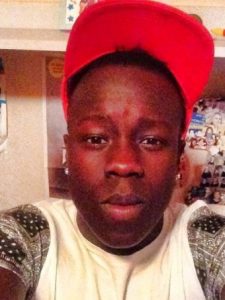 Crazz Files Note: First of all, this asshole is not Tasmanian, he is Sudanese & should never have been allowed into Australia in the first place. Christo Brown was also imprisoned in Queensland for sexually assaulting a woman there & has no hope of rehabilitation because he is a rapist. Why should Australian tax payers have to fund this rapist in our prison system while he gets fed & watches TV? He will get out early for faking good behaviour & then go on to rape more woman but how stupid are we the Australian people for allowing this to continue? A complete ban needs to be imposed on all incoming African migrants & these clowns need to be sent back to Africa with zero chance of ever returning to Australia, ASAP.

A Tasmanian man who broke into the home of a 76-year-old woman and raped her has been sentenced to eight years in prison.

Christo Brown was 18 when he broke into the woman’s home in West Launceston, assaulted her and demanded cash in July 2015.

He was found guilty by a Launceston Supreme Court jury earlier this year.

Justice Robert Pearce said Brown had not displayed any remorse and a psychological report had found the risk of recidivism was very high.

Brown was born in Sudan but has lived in Tasmania from a very young age.

Justice Pearce said a report compiled by the office of the Chief Forensic Psychiatrist had found Brown did not commit the crime because of mental illness and that he was “intelligent but manipulative”.

A pre-sentence report prepared for the judge found Brown had a “very high” risk of sexually re-offending.

Justice Pearce said the crime was premeditated and had had a “dramatic impact” on the victim.

“She will experience the effects of this horrific event for the rest of her life,” he said.

While on bail for this offence, Brown was imprisoned in Queensland for sexually assaulting a woman there.

Accordingly, the judge said Brown’s prospects for rehabilitation were limited.

He will be eligible for parole in four years but Justice Pearce emphasised successful participation in rehabilitation programs in prison would be key to Brown being granted parole.

The sentence was backdated to October 2017 to account for time already served.