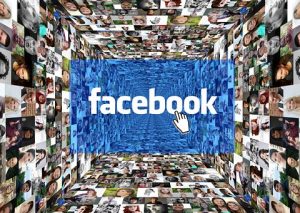 An internal Facebook document reveals that the social media giant monitors its users’ offline behavior as part of how the company determines whether a person should be classified as a “Hate Agent,” according to Breitbart’s Allum Bokhari who has reviewed the document.

Titled “Hate Agent Policy Review,” the document reveals that Facebook employs a series of “signals” which include a person’s behavior both on and off the platform. Once determined to be a “hate agent,” a person is banned from the platform.

If you praise the wrong individual, interview them, or appear at events alongside them, Facebook may categorize you as a “hate agent.”

Facebook may also categorize you as a hate agent if you self-identify with or advocate for a “Designated Hateful Ideology,” if you associate with a “Designated Hate Entity” (one of the examples cited by Facebook as a “hate entity” includes Islam critic Tommy Robinson), or if you have “tattoos of hate symbols or hate slogans.”

(The document cites no examples of these, but the media and “anti-racism” advocacy groups increasingly label innocuous items as “hate symbols,” including a cartoon frog and the “OK” hand sign.)

Facebook will also categorize you as a hate agent for possession of “hate paraphernalia,” although the document provides no examples of what falls into this category. – Breitbart

Facebook may even brand someone a hate agent for “statements made in private but later made public,” according to the report.

Bokhari also notes from his previous reports that Facebook categorized right-wing pundit Paul Joseph Watson as “hateful” in part because he interviewed British activist Tommy Robinson on his YouTube channel.

Similarly, prominent conservatives Candace Owens and Brigitte Gabriel are on the list, along with UK politicians Marie Waters and Carl Benjamin.

The Benjamin addition reveals that Facebook may categorize you as a hate agent merely for speaking neutrally about individuals and organizations that the social network considers hateful.

In the document, Facebook tags Benjamin with a “hate agent” signal for “neutral representation of John Kinsman, member of Proud Boys” on October 21 last year.

Facebook also accuses Benjamin, a classical liberal and critic of identity politics, as “representing the ideology of an ethnostate” for a post in which he calls out an actual advocate of an ethnostate. – Breitbart

Facebook divides hate speech into three tiers depending on the severity of the offense;

Tier 1 attacks, which target a person or group of people who share one of the above-listed characteristics or immigration status (including all subsets except those described as having carried out violent crimes or sexual offenses), where attack is defined as

Any violent speech or support in written or visual form

Dehumanizing speech such as reference or comparison to:

Insects; Animals that are culturally perceived as intellectually or physically inferior;

Mocking the concept, events or victims of hate crimes even if no real person is depicted in an image.

Tier 2 attacks, which target a person or group of people who share any of the above-listed characteristics, where attack is defined as;

Statements of inferiority or an image implying a person’s or a group’s physical, mental, or moral deficiency;

Physical (including but not limited to “deformed,” “undeveloped,” “hideous,” “ugly”);

Expressions of contempt or their visual equivalent, including (but not limited to) “I hate”, “I don’t like” , “X are the worst” ,

Expressions of disgust or their visual equivalent, including (but not limited to), “Gross” , “Vile” , “Disgusting”,

Tier 3 attacks, which are calls to exclude or segregate a person or group of people based on the above-listed characteristics. We do allow criticism of immigration policies and arguments for restricting those policies.

If you have done any of the above over the past two years, Facebook considers it a ‘hate signal.’