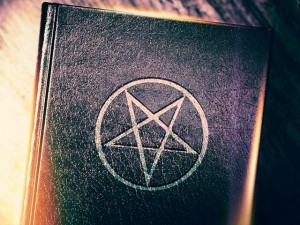 A Colorado school district will soon distribute satanic and atheist literature to middle school and high school students after pressure from atheist groups.

Beginning April 1, the Delta County School District will provide students books from Freedom From Religion Foundation, the Satanic Temple, and Western Colorado Atheists and Freethinkers after the groups complained.

FFRF Co-president Dan Barker said the push to hand out satanic books happened in response to Gideon Bibles being distributed in a passive way to students while school is in session.

“The Delta County School District could have resolved the issue by not allowing religious groups inside their schools,” Barker said in a FFRF news release, according to The Christian Post. “But since it has chosen to be obdurate, it’s left us with no option than to respond to the religious propagandizing.”

Earlier this month, FFRF stated that the refusal by leaders in another school district to distribute books cost taxpayers.

Candi Cushman, education analyst with Focus on the Family, disagrees with why the atheist groups are allowed to hand out their literature.

“Common-sense standards of decency should apply to these (books),” Cushman told The Christian Post. “From the images displayed on recent television reports on this story, it appears that some of the materials may be disparaging of other religious viewpoints and even lewd in their depictions.”

“So a decision to make this literature available to students should also be reviewed in light of other school policies that may protect students’ exposure to inappropriately lewd images and overtly disparaging and insulting content,” she said.

But Cushman said the Colorado school district’s goal to allow a variety of beliefs on its campuses is positive.

“It is commendable that the school is making an effort to avoid unconstitutional discrimination in a public forum against a group simply because of its faith-based perspective,” Cushman said. “As Americans, we believe the truth will rise to the surface when allowed to be heard.”

Cushman said God’s truth will ultimately have the victory over the lies of Satan.

“As Christians, we know the truth of the Bible will win out in a competition with any other belief system,” she said. “It would be unfortunate to let intimidation from groups — with an apparent agenda of shutting a public forum down — to succeed in censorship for all.”

Leaders of the Delta County School District are now discussing revising their policy regarding the handing out of literature on school campuses, according to a local news outlet, KJCT-TV.