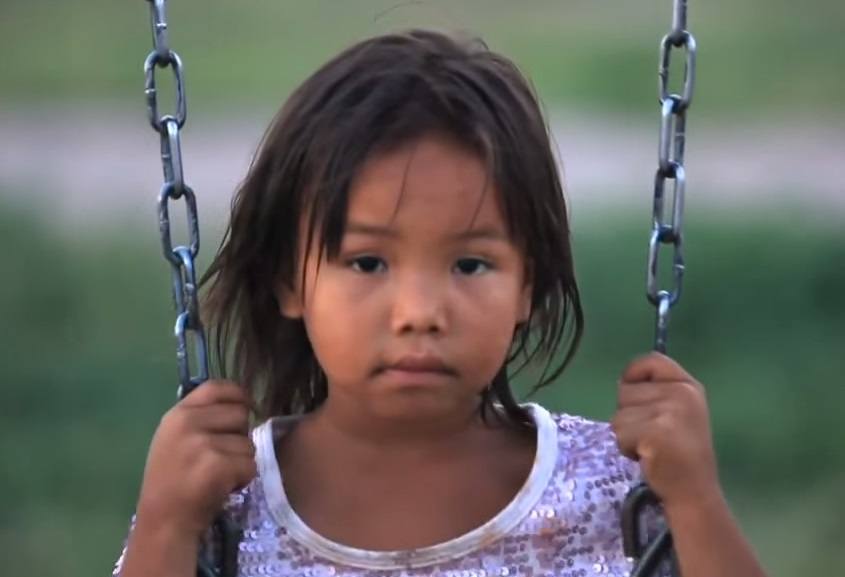 Genocide is not too strong a term for what is now happening in South Dakota. The huge, shocking violation of legal and human rights being carried out by the state is tantamount to genocide against the Native American nations, the Lakota, Dakota and Nakota Sioux, residing within its borders.

It is the abduction and kidnapping by state officials, under the cover of law, of American Indian children.

This is a gross violation of the Indian Child Welfare Act (ICWA) of 1978. Further, these abominable kidnappings are being upheld by the courts of that state.

The best approach to this crime against humanity is by the following initial checklist:

1. Over 700 American Indian children are removed by South Dakota state officials from their homes every year.

2. These hundreds are sent to white foster homes or group homes.

3. Many are adopted by white families.

5. Of the hundreds of Native children in foster care in 2011, 87 percent were placed in non-Indian homes while Native foster homes went empty.

6. Because of its targeting Native children, South Dakota is currently removing children from their families at a higher rate than the vast majority of other states in the U.S.

7. Once removed, the state’s courts routinely keep Indian children from even seeing their families for at least 60 days.

8. The state’s Department of Social Services (DSS) workers warn Native children that if they become emotional during a visit with their parents, the visits will be discontinued (this is incredible!).

This is genocide as defined by the United Nations General Assembly’s Convention on the Prevention and Punishment of the Crime of Genocide.

“… any of the following acts commit with intent  to destroy, in whole or in part, a national, ethnical, racial or religious group, as such:

(a) Killing members of the group;

(b) Causing serious bodily or mental harm to members of the group;

(c) Deliberately inflicting on the group conditions of life calculated to bring about its destruction in whole or in part;

(d) Imposing measures intended to prevent births within the group;

(e) Forcibly transferring children of the group to another group.”

South Dakota is committing blatant and flagrant genocide against the Sioux people in violation of subsection (e) of Article 2 by transferring Indian children to white homes, and also of subsection (b) amid allegations of sexual abuse and drugging of Native children in DSS foster care.

Those responsible need to be brought to justice in an international court of law in addition to the lawsuit already filed in U.S courts (see below). This is a most serious case of ethnic cleansing.

One Indian mother had 62 hearings and was never allowed to present any witness testimony, never even allowed to see the petition filed against her.  This is a huge violation of long established U.S. due process.


Also, the Indian Child Welfare Act mandates that Native children shall first be placed with tribal relatives, non-related tribal members, or members of other tribes before non-Indian families can be considered.

South Dakota has taken a step back into the late 19th century, when thousands of Indian children were forcibly removed from their homes by U.S. soldiers and sent to boarding schools – allegedly for education, where the motto was “Kill the Indian, Save the Man.” In some of these schools the motto was more akin to simply “Kill the Indian.”

This journalist has heard numerous accounts from families across Indian Country who had lost at least one child to the boarding school system in the 19th century. They were told that their child or children had run away from the school and could not be found. In other cases they were informed that their child had died from illness.

For the Lakota people this has been a continuation of a 100-year history of child abduction. This began in the 1880s under the U.S. government policy of forced assimilation (genocide); children as young as 5 years old were forcibly removed from their homes and taken to boarding schools hundreds of miles away.

Now it is happening again, this time under the mask of state-run foster care. Over the past decade over 5,000 Sioux children have been removed from their homes.

According to a recent report by the Indian Child Welfare Act directors in South Dakota, 740 Lakota children are removed to foster care each year and 90 percent are placed in white homes and institutions.

A vigorous campaign is currently being waged by the Lakota People’s Law Project to secure the return of over 2,200 Lakota, Dakota and Nakota children illegally taken from their homes by DSS.

Among the results of the LPLP efforts was the recent Great Plains Indian Child Welfare Act Summitheld May 15-17 in Rapid City, South Dakota. The summit was held in an atmosphere that has been characterized by the Oglala Sioux Tribe as a “child welfare emergency.”

The summit also had as a backdrop a federal class action lawsuit that was filed on March 21 by the Oglala and Rosebud Sioux Tribes and tribal members, challenging the continued removal of Native children in Pennington County, South Dakota, from their homes.

South Dakota DSS has asserted that it had authority to remove children by tribal court order or tribal council agreement. The states have no authority over such youngsters; the tribes have exclusive jurisdiction over Indian children residing on reservations.

However, investigations by LPLP found that South Dakota’s assertions are blatantly false.

Typically, DSS would receive a false report of child neglect on a given reservation and without any legal authority would snatch the child in question without any notification to the child’s relatives.

In one such instance DSS abducted a young boy when he left his relatives to use the restroom while family members were attending a high school graduation ceremony. It was weeks before his family found where he had been taken.

Aside from the genocidal racism involved there is a financial motive on the part of the state. South Dakota receives $79,000 from the federal government per year per child for every Native youngster it removes, but provides only $9,000 to a white foster home. The remaining $70,000 is deposited in state coffers.

The president of the Oglala Sioux Tribe and other Natives feel that the ICWA lawsuit is for greater fairness for all families, regardless of race, including whites. But, it must be remembered that white youngsters are not being sent to non-white homes; for whites, genocide is obviously not an issue.

The humanity of Indian people, particularly in the face of the racism they have endured is truly poignant and moving. This becomes a movement not just for Indian people, but for all, led by long-suffering, grieving Native families.

Update: The Lakota People’s Law Project website has petitions that people can sign and also a place to sign up to receive updates on developments as they happen.