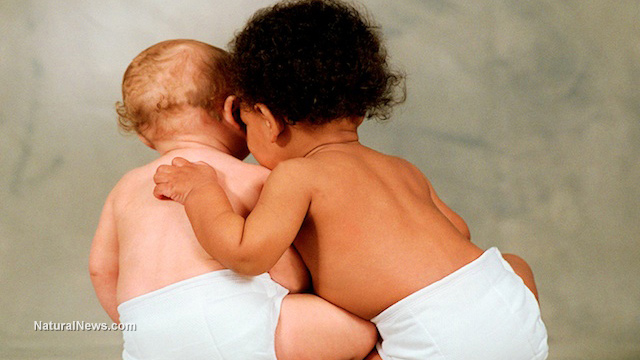 (NaturalNews) Millions of parents use them to keep their babies fresh and clean between changes. But disposable diapers, which often contain added chemicals designed to protect babies’ sensitive areas from rashes and skin irritation, may be increasing their risk of cancer in the process.

New research from the French health association ASEF, has identified a number of carcinogenic substances in the popular Pampers brand of nappies that it says are aserious cancer risk. One of these substances is petrolatum, a petroleum-derived lubricant that, while moisturizing, has been linked to causing cancer.

Depending on how this petrolatum was derived, it may also contain other toxic chemical byproducts like polycyclic aromatic hydrocarbons, or PAHs. These cancer-causing substances are the same ones that generate when meat is cooked at high temperatures, creating that all-too-common “char.”

These and other carcinogenic substances are associated with cancers of the skin, lungs, bladder, liver, stomach and more. And because they’re essentially in contact with children’s bottoms all day long, the risk is much higher than many parents realize – as much as “23 and a half hours a day,” to quote the words of Ludivine Ferrer, head of ASEF, speaking to the French paper Le Parisien.

“While it’s legal to have tiny traces, this is just too much from a moral perspective,” he added, noting that the long-term effects of exposure to these chemicals are well-known to include cancer. If they were immediately discernible, he says, “the producers would have changed their manufacturing methods a long time ago.”

Many people aren’t aware of this, but diaper manufacturers aren’t even obligated by U.S. law to disclose every single ingredient used in disposable diapers. It’s a legal loophole that allows companies like Pampers to get away with just listing “petrolatum” as an ingredient when, in all reality, there are potentially dozens of other substances also present.

This makes the cancer risk even more problematic, as it becomes increasingly more difficult to assess just how many chemicals a child is exposed to via his private areas coming into direct contact with plastics and other materials drenched in these chemicals.

A study published by Andersen Laboratories back in 1999, which was published in the journal Archives of Environmental Health, exposed the fact that diaper emissions are both strong and persistent. Rosalind Anderson, the study’s lead author, cited several chemicals “with documented respiratory toxicity,” which resulted in test mice developing asthma-like symptoms.

Among these chemicals are ethyl benzene, an endocrine-disrupting, neuro-damaging, respiratory toxin, as well as styrene, a carcinogenic chemical known to cause cancer. There’s also isopropylene, a known neurotoxin that research shows is damaging to the liver and kidneys, and may also lead to the formation of cancer – not to mention the laundry list of plastics, adhesives, lubricants and other ingredients commonly used in disposable diapers.

At least two lawsuits have been filed against Procter & Gamble, owner of Pampers, over the chemical irritants used in several of the company’s diaper products. Many parents and consumer advocacy groups have called on the company to stop using these chemicals and bring back the old versions of diapers that didn’t contain them, but to no avail.

“The diaper business is a self-regulating industry, meaning it’s up to the diaper companies to ensure they’re compliant with safety regulations,” wrote Anna Sharratt for CBC News. “Research on the issue is scant. Apart from the countless websites set up by eco-conscious groups or purveyors of organic diapers, very little scientific literature exists on the chemicals diaper manufacturers use.”