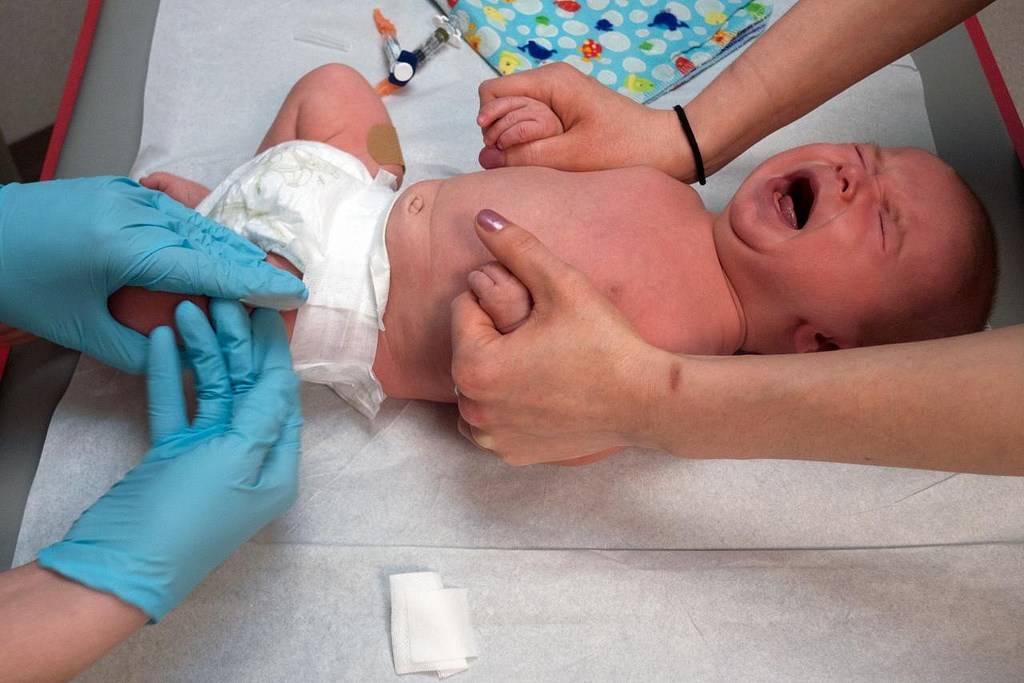 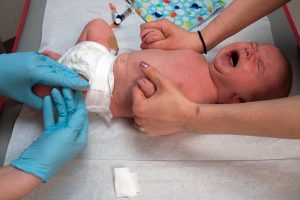 The link between febrile seizures—seizures associated with a fever in a child—and vaccines may be old news, but a new study published in the June 2016 issue of the journal Pediatrics confirms what parents have suspected for a long time:  the risk of seizures is higher for children when doctors give them many vaccines at the same time.

Public health officials at the U.S. Centers for Disease Control and Prevention (CDC) have long recognized that there is a higher risk for febrile seizures when doctors administer flu shots to young children, particularly if influenza vaccine is given along with the pneumococcal conjugate (PCV) 13-valent vaccine or diphtheria, tetanus, pertussis (DTaP)-containing vaccines.1

The CDC cites a study from the March 2012 issue of Vaccine, which pulled data from the Vaccine Safety Datalink, a database monitoring vaccinated children in nine U.S. health systems. Near real-time monitoring included more than 200,000 Australian children aged between six months and five years who had febrile seizures within one day of the final dose of trivalent inactivated influenza vaccine during the 2010-2011 influenza season. Researchers found that the risk of febrile seizures was nearly six times higher immediately following simultaneous administration of flu vaccine and the 13-valent pneumococcal vaccine.2

Alerted by the greater febrile seizure risk, the CDC and the U.S. Food and Drug Administration (FDA) conducted heightened safety surveillance of possible febrile seizure in all trivalent influenza vaccine products during the 2010-2011 influenza season using the Vaccine Adverse Event Reporting System (VAERS). This was also the year the 13-valent PCV was introduced in the United States and replaced the older 7-valent PCV given to infants and children since 2001. By December 10, the agencies confirmed 43 reports of febrile seizure in children following administration of trivalent influenza vaccine.3

Despite the CDC’s acknowledgement of the risk, the agency maintains that the benefits outweigh the risks and no changes should be made to the federally recommended childhood vaccination schedule.4

The new data presented in the Pediatrics study help quantify how often children may experience febrile seizures after receiving the trivalent flu vaccine when it is given at the same time with either PCV or a DTaP-containing vaccine.

Using the Vaccine Safety Datalink, researchers studied children aged six to 23 months who had a febrile seizure within zero to one days of at least one of the three vaccines between 2006 and 2011, which encompassed five flu seasons. In total, there were 333 febrile seizures confirmed following nearly two million vaccinations.

Multivariate modeling identified the potential interaction between the PCV, DTaP-containing and the trivalent flu vaccines. Only PCV was linked with an independent higher risk of febrile seizures.

In terms of concomitant administration, the relative risk was highest when all three vaccines were administered together. The researchers estimated that 30 out of 100,000 children will experience a febrile seizure following simultaneous administration of the PCV, flu and DTaP-containing vaccines.

Similar to the CDC statement, the study authors noted “the risk of febrile seizure must be weighed against the benefits of timely vaccination as recommended.”5

In a separate accompanying editorial, American Academy of Pediatrics Committee on Infectious Disease members wrote that the rate of 30 seizures per 100,000 vaccinated children means that for the average pediatrician who may care for 1,000 patients younger than five years, he/she could expect to see one child who experiences a febrile seizure due to concomitant vaccine administration every five to 10 years.6

Influenza Vaccine Not the Only Culprit

The Pediatrics study did not identify regression models with more than three-way interaction terms, but the authors noted that they “cannot rule out the possibility that vaccine combinations other than those described above might also be associated with an increased risk of febrile seizure.”7

Additional studies have linked the febrile seizure risk to other vaccines recommended for children, like the combination diphtheria, tetanus, acellular pertussis, inactivated poliovirus and Haemophilus flu type B (DTaP-IPV-Hib)8 and measles-mumps-rubella-varicella (MMRV), a fact that 29% of pediatricians and 74% of family physicians do not know.9

In practice, most childhood vaccines are administered simultaneously with each other. At two months, federal health officials recommended infants receive eight vaccinations at once: diphtheria, tetanus and pertussis (DTaP), inactivation polio (IPV), haemophilus influenza B (Hib), rotavirus, hepatitis B and PCV. At six months old, infants are given the first influenza shot and can receive eight or nine vaccines at once.10