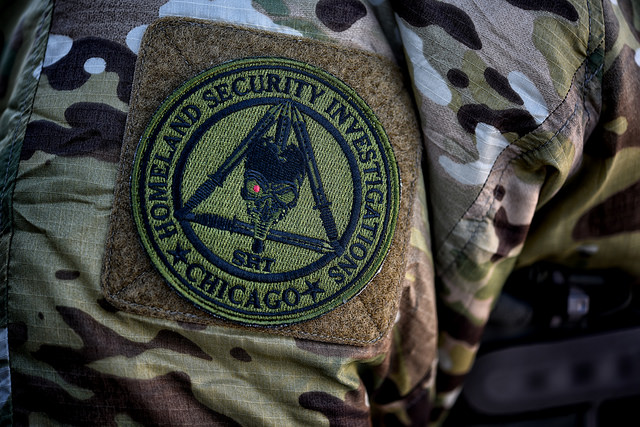 The Department of Homeland Security has designated Super Bowl LII a National Special Security Event (an event deemed a potential target for terrorism or criminal activity) with a SEAR-Iclassification. The National Guard, federal agencies, and law enforcement from across the country have been patrolling Minneapolis and Saint Paul since January 26th.

While security around the Super Bowl has been openly militarized every year since the 9/11 attacks, only three have been labeled National Special Security Events, including this year’s. Since 2001, every city except Houston (which had over 5,000 police officers) has called in the National Guard to provide additional security on the streets.

SEAR-I is an event “of such magnitude and significant national and/or international importance that may require the full support of the United States Government (USG). The scale and scope of these events requires significant coordination among federal, state, and local authorities and warrants pre-deployment of federal assets as well as consultation, technical advice, and support to specific functional areas in which the state and local agencies may lack expertise or key resources.”

In its 52-year history, there has never been an attack at the site of the Super Bowl, which raises questions about the need for SEAR-I classification.

More than a dozen streets have been shut down at three major points within downtown Minneapolis: the Minneapolis Convention Center (NFL Super Bowl Experience), Nicollet Mall (Super Bowl LIVE), and the site of the game, U.S. Bank Stadium. These areas are guarded and patrolled by militarized forces. Though the Minneapolis Police Department is the agency in charge of security operations during Super Bowl LII, more than 60 additional police departments from across the state of Minnesota have sent officers. There are also over 400 National Guard members, United States Secret Service, ICE and FBI agents, several hundred security contractors, county Sheriff’s Reserves, and over 10,000 civilian volunteers. Representatives from Minnesota police departments, FBI, DHS, and the Secret Service, have been stationed at multiple command centers around Minneapolis to watch hundreds of surveillance cameras, track social media, and monitor communications on the ground during Super Bowl events. 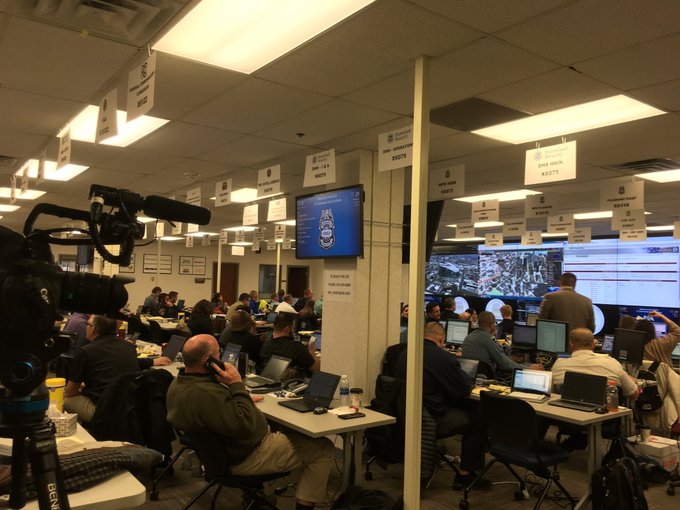 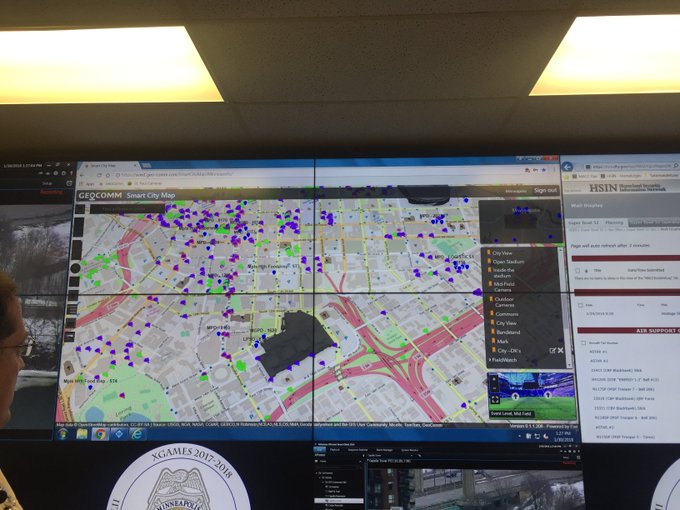 Inside Super Bowl Security Command Center where they can watch more than 2,000 cameras @KSTP

Mobile phone signal boosters, surveillance gear, and other unknown electronics began popping up throughout the Twin Cities in preparation for the Super Bowl. Some of the surveillance technology, as well as the general culture of surveillance, will remain in Minneapolis long after the Super Bowl leaves.

Cameras on the circled tower can monitor you at this location on the Hennepin Ave Bridge.

Locals have taken note of a twin-engine Bell 412 helicopter flying 300 feet above downtown Minneapolis conducting radiation level tests, as well as other security aircraft, including black hawk helicopters enforcing the no-fly zone around the event, some of which have been flying dark. 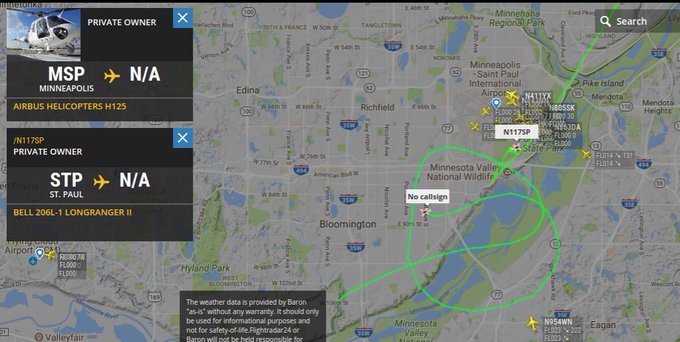 Now we have Homeland Security and State Patrol helicopters airborne in southwest metro. 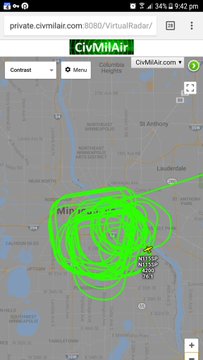 Eyes in the sky – watching over the #SuperBowl

Guessing State Patrol will be up all day supporting NatSec special event #SuperBowl , will be scanning for other aerial surveillance pic.twitter.com/AWIl6kp2Li 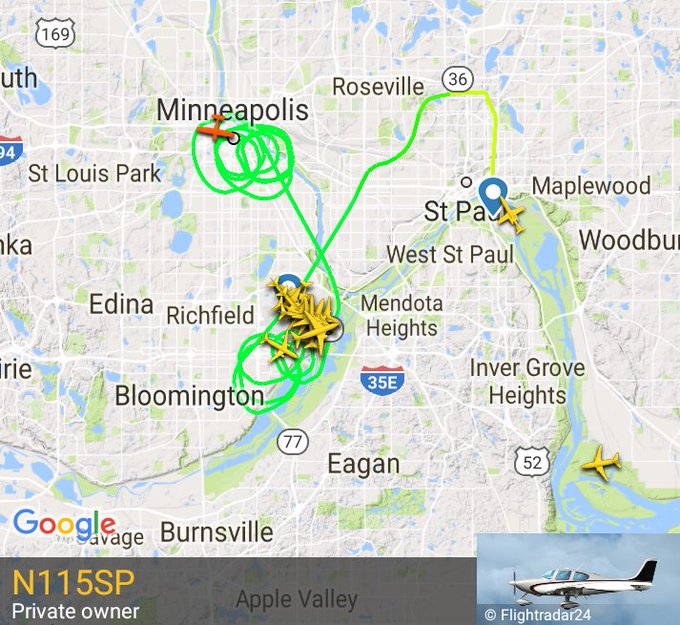 Some are worried that the intense security for large sporting events like the Super Bowl is normalizing the use of military forces and surveillance in the everyday life of Americans. With numerous event attendees stopping to take photos next to military Humvees and with Minnesota National Guard, Hennepin County Sheriff’s Deputies, and military police outfitted in camouflage military gear, it isn’t hard to see why people are concerned.

Here are 10 photos that show how the Super Bowl has turned Minneapolis into a police state: Is the presence of military personnel and militarized police at Super Bowl LII keeping Minneapolis safe, or is it simply an excuse for a police state and the installation of citywide surveillance?