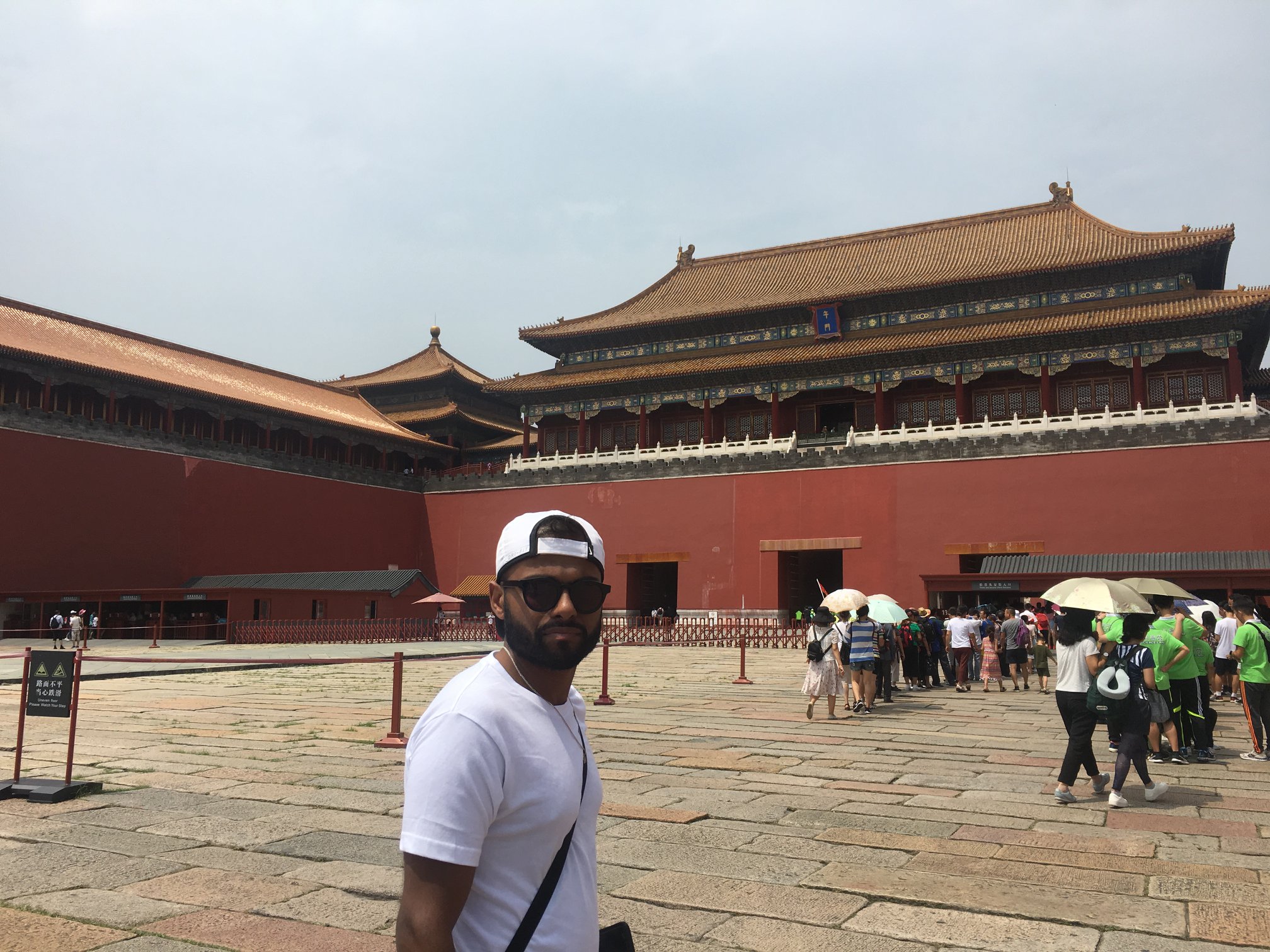 Media, parliamentary, academic and other supporters of apartheid Israel have abused University of Sydney doctoral student Jay Tharappel for his outspoken support of Yemen, opposition to Israel and his consistent stance against the long wars 0n Syria and Korea.

Much of the western media falsely pretend that the massively internationalized war on Syria is a “civil war”. Most also refuse to recognize the simple fact that, over the past 65 years, the USA has never agreed to a peace agreement with North Korea.

The personal attacks on Jay reveal a shallow recognition of free speech in Australia. It is extraordinary that so much abuse has been heaped on one dissident voice. Demands for censorship of his political comments have come from various sources, but many of them supporters of the apartheid state of Israel.

First came the bully and smear media, from Murdoch’s Daily Telegraph, and from Channel Seven. The Murdoch tabloid, in a torrent of personal abuse, attacked Jay for rejecting the false chemical weapons claims against Syria, in April 2017. It then falsely claimed that Jay’s criticism of Murdoch journalist Kylar Loussikian was a racist attack.

In August 2018 Channel Seven manufactured another scandal about Jay, falsely claiming that a Yemeni badge he wore in China was ‘anti-semitic’. One part of that badge, seen on Jay’s shirt in one of my social media posts, said ‘death to Israel’.

The photo was simply one of the friends at lunch. Channel Seven, using the false translation “death to Israeli”, claiming it was a racist incitement. I posted in response that the Channel Seven piece ‘promotes ignorance, apartheid, and war’.

In fact ‘death to Israel’ is a political statement by the Yemeni group Ansarallah, which calls for an end to apartheid Israel, the regime that is reported to have killed a Palestinian child every three days for the past 18 years. The Australian government sells arms to the Saudis to bomb Yemen, as they ignore that terrible war and try to suppress any news about Yemen.

For Channel Seven’s principal sources journalist, Bryan Seymour used (to represent “many in the Jewish and Muslim community”) two people. First was a well-known supporter of Israel, Vic Alhadeff. Vic was previously a chair of the NSW Community Relations Commission but resigned in 2014 after posting in support of Israel’s bloody reign of terror in Gaza.

The other was Jordanian-Australian Jamal Daoud, who claimed to represent a Palestinian group but is best known for his repeated attacks on those who support Syria. He has abused many supporters of Syria as ‘spies’ and ‘prostitutes’. In 2017 he took an Israeli propagandist to Syria, and since then has been wanted for questioning in Syria. Earlier, in 2015, he began an online petition to challenge a security ban on him entering Lebanon.

The corporate media came back to abuse Jay after he wrote a thoughtful piece on his visit to North Korea (DPRK) in the student newspaper Honi Soit. The article defended independent Korea while it described in some detail what he had seen there. On social media pages, many appreciated the unusual article, while others responded with censorial outrage.

The Daily Telegraph added another abusive piece, which copied much of Jay’s article while adding invective. Even the state-owned ABC wrote in support of the demand that the article be taken down, simply because it was seen as too favorable to North Korea.

Why the hysteria over criticism of Israel? Well, both the Murdoch media and Channel Seven have deep business links with Israel’s occupation forces, including those who regularly demolish Palestinian homes in their ethnic cleansing purges.

Pro-Israel figures and some Jewish media in Australia predictably and falsely tried to conflateJay’s and my opposition to Israel with anti-Jewish racism. I have made my position on Israel and racism very clear on many occasions, most recently in an article called The Future of Palestine.

A selection of pro-Israel types jumped on the bandwagon. They included federal Labor MP Tim Watts, who attacked Jay’s article and Honi Soit, saying ‘everyone associated with this article ought to be ashamed’.

Everyone associated with this article ought to be ashamed http://honisoit.com/2018/08/nine-days-in-north-korea/ …

On the 24th of July I arrived in Pyongyang in a travelling party with five others, including Dr Tim Anderson, lecturer in Political Economy at USyd. At the jet bridge we were greeted by Tammam…

When he was criticized for picking on a student newspaper he said, by way of justification, that he was trying to get at me (‘the professor’).

You’re an MP. Don’t you (or your staff) have something better to do than pick on undergrads?

In fact, Tim Watts is yet another supporter of apartheid Israel. In late 2015 he went on an Israeli-government paid junket to Israel, in a group led by conservative minister Christopher Pyne. The group seemed to toe the Israeli line because Palestinian minister Dr. Sabri Saidam described them as “rude” and “not well educated” on Palestine.

Subsequently, Tim Watts took his Israel connection seriously. He strongly recommended the book ‘My Promised Land’ by Ari Shavit, which explains how Israel created “something unique and quite endearing” in a tough neighborhood.

This “unique and quite endearing” creation was described by an authoritative 2017 report to the United Nations as an ‘apartheid state’ and therefore ‘a crime against humanity’. US academic lawyers Richard Falk and Virginia Tilley wrote that “the situation in Israel-Palestine constitutes an unmet obligation of the organized international community to resolve a conflict, partially generated by its own actions”.

Professor Ariadne Vromen, a professor in Government at the University of Sydney, and opponent of the BDS campaign against Israel, jumped in, inexplicably, attacking the former Syrian Ambassador to Australia Tammam Sulayman. Ambassador Sulayman is now Syria’s envoy to North Korea, and it was he who invited us to visit that country.

Ariadne claimed that Ambassador Tammam had failed her research design course, 15 years ago. “He didn’t pass first year”, she said. After some criticism, she removed her post.

Of course, it is inappropriate for academics to abuse students or former students, or to humiliate them for their grades or results. In this case, Ariadne’s comments were also false. When I enquired, Ambassador Sulayman spelled out to me the reason why he had left Ariadne’s class and his doctoral studies at the University:

“Of course I didn’t complete at that time with Ariadne because [his supervisor, another academic] started the war on me and I complained against her to the university. So I stopped everything … in my [thesis] preface I stated there is no linkage between the secular Baath party and al Qaeda … but she said ‘that does not exclude links between Saddam and al Qaeda’, and I said but we are talking about the Baath party … Then she started returning every paper I sent her … she is a clear Zionist … It is silly for [Ariadne] to say that I didn’t finish even one year without mentioning the reason.”

Professor Vromen’s abuse of a former student and ambassador is strange. Why would an academic jump into abuse a former student, in the context of an abusive media campaign against another student? What is wrong with honest discussion?

Unfortunately, this is not an isolated incident. The University of Sydney is well known for harboring pro-apartheid-Israel academics. It hosts a research project backed by US Government-funded agencies, called ‘The Electoral Integrity Project’. That project rates the electoral democracyof many countries. As it happens, they rate Israel’s ‘democracy’ very highly (17/127), even though the Jewish state is notorious for its institutionalized racism.

In 2007-08 the University of Sydney accepted a large grant from the American Australian Association, to establish a ‘United States Studies Centre’. This was mostly Australian Government money but came at the suggestion of media mogul Rupert Murdoch. The idea of the Centre came from a desire to repair the damage done to the image of the USA in the wake of its 2003 invasion of Iraq. I wrote an article about this scandal, back in 2010.

Dr. Tim Anderson is a Senior Lecturer in Political Economy at the University of Sydney. He researches and writes on development, human rights and self-determination in the Asia-Pacific, Latin America and the Middle East. He has published dozens of articles and chapters in academic journals and books, as well as essays in a range of online journals. His work includes the areas of agriculture and food security, health systems, regional integration and international cooperation.