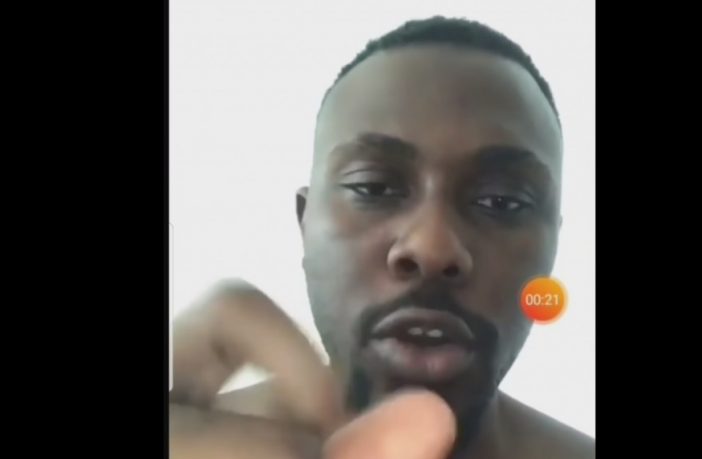 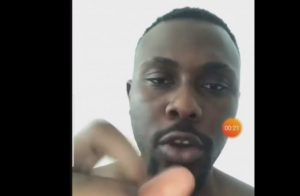 Jesse Ekene Nweke Conable, a Nigerian-born rapper who goes by the handle JCBUZ, has openly called for his fellow blacks to commit violence against white people during a hate-filled rant in a social media group.

“If any white guy or white girl is trying to talk shit about you, shoot them!” Conable said in a closed group on social media. 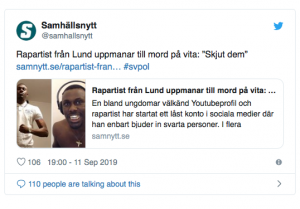 In their report, Samhällsnytt writes that the Instagram account Barasvarta (“Blacks only”) is open only to blacks and enjoys several hundred followers. The account is run by Conable and has slogans like “Black Power in Sweden” and “Fuck White People”.

“Like these whites took us as slaves we should take them as slaves and treat them even worse,” Conable says during his rant.

“We’ll take their bitches and we’ll take their money. To be perfectly honest, we will be the best race ever,” Conable went on. “We are African warriors, they are not on our level. This is just the beginning, black power.”

“This is just the beginning, it starts small but believe me we will grow and become bigger. We will be the strongest group in Sweden – nobody will dare to mess with us. Just wait, it will be a beautiful day.”

The military-aged Nigerian migrant first came to Sweden in 2008. He now enjoys Swedish citizenship and maintains a residence in Lund.