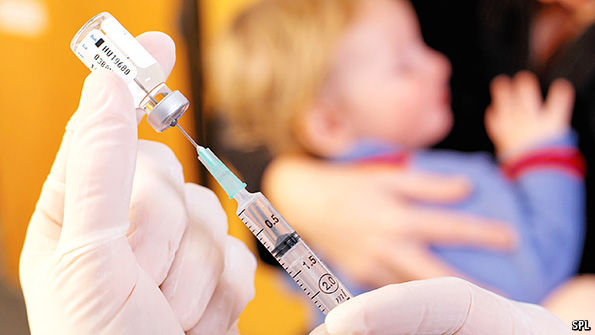 If the Rand Corporation found strong evidence vaccines cause Guillain-Barre Syndrome (GBS), myalgia, seizures, meningitis, encephalitis and other adverse health problems, and Robert F Kennedy Jr., Esq. is revealing more and more research—almost daily—this time from the Yale School of Medicine and Penn State College of Medicine about an association between vaccines and brain disorders [1], then what’s all the ‘tap dancing’ about?  Let’s get to some serious conclusions.

Like tap dancing that makes a lot of noise, so too are vaccine studies peripherally pointing to real vaccine concerns about which the U.S. federal health agencies (HHS, CDC and FDA) and state health departments probably won’t do anything to correct, i.e., eliminate vaccines, as some countries are doing with some vaccines.  The ever-increasing—“growing like Topsy”—CDC vaccine schedule has to stop!  With almost three hundred new vaccines in production, how many will infants, toddlers and teens be mandated to receive when those vaccines obtain licensure?  Furthermore, aren’t vaccines Big Pharma’s annuity products, so what should consumers expect?

All one ever hears is more research has to be done!  That seems to be the mantra for all science today.

Personally, I don’t think there ever will be enough research to ‘satisfy’ vaccine inventors, manufacturers, pushers, acolytes and those implementing certain population agendas that vaccines are harmful to human health, especially the developing immune and central nervous systems in infants, toddlers and children.

The research is there!

My book, Vaccination Voodoo, What YOU Don’t Know About Vaccines, cites innumerable studies and peer reviewed scientific articles the U.S. Congress, Big Pharma and CDC/FDA deliberately ignore because, if they took them seriously, it would demand they implement dramatic changes, especially enforcing the Precautionary Principle [3].

According to Robert Kennedy’s latest article,

Furthermore, others over the years have found similar consequences.  For instance, consider what Dr Timothy Craig, Division of Allergy, Asthma and Immunology at Penn State Hershey, had to say:

Antibiotics and vaccines, while protecting us from dangerous and serious diseases, have also weakened our resistance to allergies and asthma.  [2]   [CJF emphasis added]

That statement, in my opinion, exemplifies the trade-off that’s taking place within the human organism, especially in young children: a seriously weakened or impaired immune system, which leads to chronic diseases earlier in life.   This article, “America’s New Normal: Chronically Ill Kids”  needs to be taken seriously.

According to the University of Michigan “Michigan Medicine” [4]:

Chronic condition is an “umbrella” term.  Children with chronic illnesses may be ill or well at any given time, but they are always living with their condition.  Some examples of chronic conditions include (but are not limited to):

I don’t know about you, but I find the chart below published at Focus for Health [5] most revealing: I got news for you:  We never had such statistics regarding chronic diseases in children.  There were routine infectious childhood diseases, which I offer help strengthen the immune system—a fine tune for later in life by providing lifelong immunities.

Vaccines effectively are reprogramming and changing the human immune system from its innate capabilities to a pharmacologically-induced “adaptive or acquired” immunity, which demands vaccines and booster shots to maintain some ‘semblance’ of Big Pharma’s definition of “immunity.”

There has been a ‘comfortable’ trade-off of infectious diseases for chronic, lifelong illnesses where patients will be dependent upon Big Pharma meds for the rest of their lives.  According to Focus for Health,“Approximately 27% of U.S. children live with chronic health conditions that can affect their daily lives and normal activities.”

Going from 12.8% in 1996 to 26.6% in 2006 statistics for chronic disease must be taken in proper context of correlation and causation, e.g., the number of vaccines for infants and toddlers on the CDC’s vaccine schedule and the growing trend in childhood chronic diseases.  According to the CDC’s National Center for Health Statistics, the leading cause of death in children ages one to four years is “congenital malformations, deformations and chromosomal abnormalities.” For children five to fourteen years of age, it’s “cancer.” [7]

Take a look at this comparative vaccine schedule chart 1983 versus 2015 from Peaceful Parent: [6] I’d say that’s a pretty good return on their propaganda investment that vaccines are ‘safe, effective and life-saving’!  Big Pharma was able to hoodwink the U.S. Congress into passing the law that gave Big Pharma a “get out of jail free” card, which took away all legal and financial liabilities for their defective products, e.g., vaccines.

By the way, there will be the “Empty Stroller Walk” March 5, 2017 around the country to commemorate babies who died after receiving vaccinations.  More information about it can be found at Change.Org