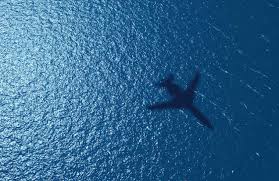 Exactly a week ago I blogged about the story of the airplane debris being found on the French island of Reunion, east of Madagascar, and about the fact that if this debris did eventually prove to be that from the unfortunate flight, then my “poof” theory of the flight’s disappearance just went “poof”. But much more importantly, this would mean that the actual mechanism of its demise would have to be given by authorities. Even more importantly than these two considerations, the families involved might have some measure of closure for suffering the loss of their loved ones.

Many people mistake what I meant when I advanced the “poof” theory, i.e., that the flight simply disappeared via some extraordinary means, and that either the powers that be suspected this, and were keeping it quiet, or they had no idea at all what happened to it(a problem given all the ways airplanes can be monitored and tracked). I advanced the theory for the sake of argument, and because, at the time, and in the absence of debris and with so many ofuscated details coming out of so many nations, it seemed a hypothesis that at least had to remain on the table. With the appearance of alleged debris, the probabilities of the improbable “poof” theory decline even more, though I would aver they’re not entirely gone.

Now, however, there is yet more information coming out about that debris, and about the reaction to it. First we heard from the usual “experts” who have stated that the debris is indeed from Flight 370(this article shared by Mr. V.T.):