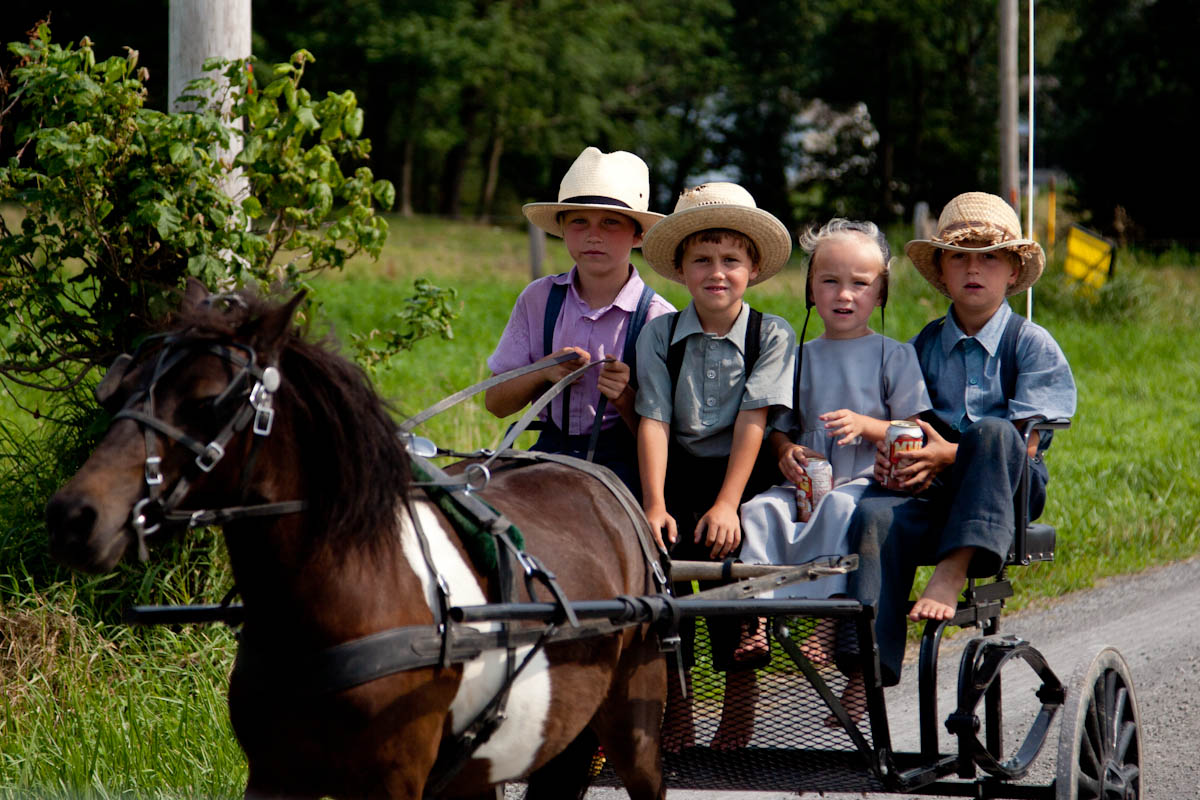 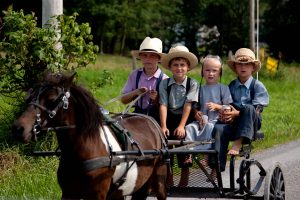 Do not talk about whether vaccines work or not, or whether or not they cause autism, unless you’re ready for a very heated debate. Although the link between vaccines and autism is nothing new, to even speak of it can get you labeled as an “anti-vaxxer” or a health fanatic of sorts by the sheeple (brainwashed masses) that believe every vaccine the CDC recommends not only works, but is 100% safe and 100% effective 100% of the time. Even if some vaccines work some of the time, are they worth the health risk? That is the ultimate question, because one statistic you may not know is that children who receive mercury-containing vaccinations (listed as thimerosal usually) are 27 times more likely to develop autism than those who don’t get those jabs. That comes from a recent study based on the CDC’s own data. Still want to keep it a hush-hush topic?

Pediatricians in America are not allowed to question vaccines at all, nor are they allowed to recommend less than the CDC recommends, or they face the wrath of the AMA – the infamous American Medical Association – that finds a way to shut down the “contenders,” sometimes even taking away their license to practice medicine. Big question: would the statistics of autism suddenly bottom out if mercury was removed from all vaccines, including flu shots? (By the way, the CDC lied when they said mercury has been removed from all vaccines).

For starters, children are not born with autism. It appears during infancy or childhood, and is brought on by an overload of neurotoxins either consumed, injected or ingested from environmental factors, or all of the above. In fact, the recent autism spectrum disorder (ASD) spike over the past two decades in the USA directly coincides with the vaccine schedule increase, by quantity and frequency, enforced by the CDC. To understand why autism is next to non-existent for the Amish, consider that the Amish have been “cut off” from American scientific and medical “progress” for centuries, thus they’ve had less exposure to the major factors that trigger autism, including the most likely proponent–vaccines.

Take a little trip to the heart of Pennsylvania Dutch country and try to tag yourself even half a dozen Amish children with autism and you’ll come up short. If statistics matched our national average, there would be about 200 in the Amish community, but to date, there are only three, one of which was adopted and brought over from China. Go figure. Another one actually did get vaccinated and developed autism shortly afterwards. Go figure again.

Here are some universal and national statistics to consider. Autism affects over 20 million people around the world, and occurs in boys four to five times more often than girls. In the US, one in every 68 children has some form of ASD, a 30% increase from just 2012. Why is that, you’re asking yourself? United States kids get 50 inoculations before age seven, many that are combinations containing multiple disease strains, mercury, formaldehyde (yes, embalming fluid for the dead), monosodium glutamate (MSG) and aluminum, just to name a few neurotoxins. Flu shots contain the highest levels of mercury, up to 25,000 times what the EPA allows as a maximum in drinking water and edible fish. Mercury is the second most poisonous element know to mankind.

Due to religious beliefs, the Amish opt out of all vaccines

Fortunately for the Amish, they’re also opting out of three of the most controversial vaccines on the market today: hepatitis B, HPV (human papillomavirus) and of course, the MMR (measles, mumps, rubella combo) that was implicated in the CDC vaccine-autism-link and biggest medical cover-up in history, ever. Conflicting with CDC claims, the multi-dose version of hepatitis B still contains thimerosal (50% mercury). The immature central nervous systems and the liver of Amish newborns are spared this volatile toxin thanks to their parent’s religious beliefs. Amish children experience hardly any learning disabilities at all, in fact. Nor are the Amish experiencing typical US diseases like cancer, heart disease and diabetes. This could all be because they don’t eat GMO, take chemical pharmaceuticals, or vaccines. Surely, no government run regulatory agency will ever run this comparison of Amish health vs. non-Amish health, but the reality speaks for itself.

Still, the CDC refuses to regulate the vaccine industry and instead literally promotes toxic chemicals, dangerous heavy metal toxins, carcinogens and lethal “preservatives” like mercury. It’s all about lifestyle and natural health these days, if you really want immunity that doesn’t come with a boatload of permanent and debilitating “side effects,” like autism spectrum disorder, Asperger’s syndrome or liver cancer.

2016 Health Study on Vaccinated Vs. Unvaccinated Children Pulled From Publication After It Found Vaxxed Kids More Likely to Get Autism

Why Don’t Amish Children Get Autism?

Scientists claim that autism has been around for over 1,000 years and has remained consistently as prevalent as it is in today’s work — with 1 in every 166 in the U.S. being born with autism.

However, within the Amish community autism does not exist. Why is this? It looks like the answer to this question leads to a much bigger revelation about the cause of autism itself.

Since they have been cut off for hundreds of years from American culture and scientific progress, the Amish may have had less exposure to some new factor triggering autism in the rest of population. The likely culprit: vaccines.

Traveling to the heart of Pennsylvania Dutch country in search of autistic Amish children, the reporter, based on national statistics, should have found as many as 200 children with autism in the community — instead, he found only three, the oldest age 9 or 10:

The first autistic Amish child was a girl who had been brought over from China, adopted by one family only to be given up after becoming overwhelmed by her autism, and then re-adopted by an Amish Mennonite family.

(China, India and Indonesia are among countries moving fast to mass-vaccination programs.)

The second autistic Amish child definitely had received a vaccination and developed autism shortly thereafter. The reporter was unable to determine the vaccination status of the third child.

In some vaccines, they use a mercury-based preservative called thimerosal that keeps multiple-dose vials from becoming contaminated by repeated needle sticks.

After health officials became concerned about the amount of mercury infants and children were receiving through thimerosal-tainted vaccines, the toxin was phased out of U.S. vaccines starting in 1999.

However, due to mislabeling and other problems, its presence is still being felt, and more and more children are suffering because of it.

Does anyone out there really need more evidence than this?

Admittedly, this was not a placebo-controlled scientific trial but an evidence-based fact analysis that, in my mind, provides an irrefutable link to a lifestyle and, most likely, mercury-containing vaccine connection to autism.

Folks, you don’t have to be a medical doctor, hold advanced epidemiology degrees or teach molecular genetics to figure this one out. You don’t even need a degree in rocket science. How much more obvious could it be?

The link between autism and vaccines is certainly not a new idea. In fact, suggestions of this link have been in the national news for at least six years now.

Just last year a study, that reviewed data from the Centers for Disease Control and Prevention’s (CDC) Vaccine Data Link, concluded that children who receive thimerosal-containing vaccinations are 27 times more likely to develop autism than children who do not.

This most recent investigation simply provides the proverbial icing on the cake. There aren’t too many other places, if any, in America where you can find large groups of children who haven’t been vaccinated.

The reporter found three children with autism. One child was adopted and previously vaccinated, another was one of the few Amish children who were vaccinated, and the third had an unclear vaccine history.

That leaves, at most, potentially one child out of an expected 200 (from national statistics) with autism. The odds of this being mere coincidence are slim to none.

At Least Change the Rules Concerning the Hepatitis B Vaccine

Because of their religious beliefs, the Amish community chooses not to give their children any vaccines. Understandably, many of you may not choose such a radical approach. However, if you were to focus on just one vaccine, I would encourage you to look at the issues surrounding the hepatitis B vaccine.

The multi-dose version of this vaccine, which is typically administered to newborns before they leave the hospital, still contains thimerosal. This is reprehensible, irresponsible negligence of the highest magnitude.

The immature central nervous systems of these helpless newborns are particularly susceptible to toxic insults, and thimerosal, the mercury-containing preservative used in these vaccines, is one of the worst.

It would be much easier to understand if the hepatitis B vaccine had some value, but most natural health experts who study this are convinced that this is nearly always an absolutely unnecessary vaccine.

There are only about 5,000 people a year who develop the most serious consequence of hepatitis B infection, liver cancer.

That means we are immunizing tens of millions of infants and causing brain injury that has caused an epidemic of autism to protect liver cancer in 5,000 adults.

And, many of these adults have serious social problems like IV drug abuse, alcoholism and poor nutrition that seriously increases their risk for this disease.

If you’re a young parent weighing the pros and cons of vaccines, I strongly urge you to learn more about the toxicity of thimerosal, which, again, is still present in multi-dose hepatitis B vaccines, and nearly all the mandated flu vaccine for infants.