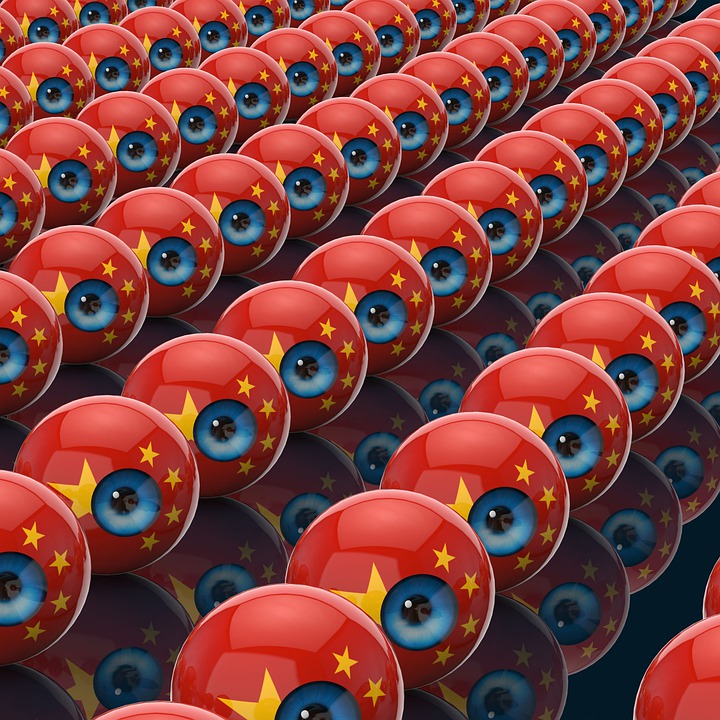 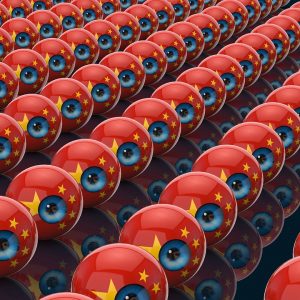 The plan: use the “pandemic” as the rationale for “re-imagining” the guts of society—education, the workplace, medical care, transportation, public events, social relationships, the family…

That desiccated dusty vampire, NY Governor Cuomo, and the cosmically psychopathic Howdy Doody, Bill Gates, are in the process of re-imagining education in NY State. Naturally, it’s all about more computers, and remote learning.

I guess the dinosaur called BOOKS won’t work, because there’s no glowing screen, and the ability to read is a prerequisite.

In other news, the Chinese social credit system is coming to corporate America. (The Wall St. Journal has a relevant podcast, “Welcome Back to the Office, Your Every Move Will Be Watched.”) Huge companies are scrambling to put together packages to sell to other huge companies:

Social distancing in offices, automatically monitored in real time; a caste system for employees based on health indicators; a credit score for each worker at the end of the day showing up on his cell phone; wall-to-wall surveillance…

Not just for now. For the new “re-imagined” America after the lockdowns are relaxed.

Unconstitutional, you say? Yes, there will be legal cases. This is called at-will employment. A corporation tells an employee: “You don’t want to submit to an antibody test? Or a vaccine? You don’t want to carry your cell around with you at work, so we can accomplish minute-to-minute contact tracing? You don’t want to wear a wrist band that measures social distancing? Fine. We understand. This is a free country. But you can’t work here anymore…”

How could this happen?

Who—one of the richest men in the world—loved the Mao Revolution in China? Who wrote about it glowingly, in the NY Times: “Whatever the price of the Chinese Revolution [30-60 million killed by their own government], it has obviously succeeded not only in producing more efficient and dedicated administration, but also in fostering high morale and community of purpose. The social experiment in China under Chairman Mao’s leadership is one of the most important and successful in human history.” (“From a China Traveler”, The New York Times, August 10, 1973.)

Who sent his agent, the president of the United States, Richard Nixon, to China, a year earlier, to open up trade after 25 years of diplomatic isolation?

Whose family had staged a revolution in medicine in the early 20th century, ultimately forcing a pharmaceutical paradigm down the throats of billions of people?

Who extended the germ theory of disease to the point at which populations would be hypnotized by it?

Who knew that medical tyranny and dictatorship were the roads to travel, in order to gain control of nations and bring in a new world order?

His beloved Chinese system of slavery comes to America.

Speaking of re-imagining, here is a backgrounder I wrote four years ago. It lays out the operation known as the Trilateral Commission, created by David Rockefeller.

Its goal? A collectivist world, run as a corporate entity. What better excuse for its necessity than a global “pandemic?” Top-down governance of the planet, in order to detect the earliest signs of disease outbreaks anywhere…

Who is in charge of destroying separate nations?

One group has been virtually forgotten. Its influence is enormous. It has existed since 1973.

Keep in mind that the original stated goal of the TC was to create “a new international economic order.”

In the run-up to his inauguration after the 2008 presidential election, Barack Obama was tutored by the co-founder of the Trilateral Commission, Zbigniew Brzezinski.

In 1969, four years before birthing the TC with David Rockefeller, Zbigniew Brzezinski wrote: “[The] nation state as a fundamental unit of man’s organized life has ceased to be the principal creative force. International banks and multinational corporations are acting and planning in terms that are far in advance of the political concepts of the nation state.”

Any doubt on the question of TC goals is answered by David Rockefeller himself, in his Memoirs (2003): “Some even believe we are part of a secret cabal working against the best interests of the United States, characterizing my family and me as ‘internationalists’ and of conspiring with others around the world to build a more integrated global political and economic structure—one world, if you will. If that is the charge, I stand guilty, and I am proud of it.”

Patrick Wood, author of Trilaterals Over Washington, points out there are only 87 members of the Trilateral Commission who live in America. Obama appointed eleven of them to posts in his administration.

The conversation was public knowledge at the time.

Anyone who was anyone in Washington politics, in media, in think-tanks, had access to it. Understood its meaning.

But no one shouted from the rooftops. No one used the conversation to force a scandal. No one protested loudly.

The conversation revealed that the entire basis of the US Constitution had been torpedoed, that the people who were running US national policy were agents of an elite shadow group. No question about it.

And yet: official silence. Media silence. The Dept. of Justice made no moves, Congress undertook no serious inquiries, and the President, Jimmy Carter, issued no statements. Carter was himself an agent of the Trilateral Commission in the White House. He had been plucked from obscurity by David Rockefeller, and through elite TC press connections, vaulted into the spotlight as a pre-eminent choice for the Presidency.

The following 1978 conversation featured reporter, Jeremiah Novak, and two Trilateral Commission members, Karl Kaiser and Richard Cooper. The interview took up the issue of who exactly, during President Carter’s administration, was formulating US economic and political policy.

The careless and off-hand attitude of Trilateralists Kaiser and Cooper is astonishing. It’s as if they’re saying, “What we’re revealing is already out in the open, it’s too late to do anything about it, why are you so worked up, we’ve already won…”

NOVAK (the reporter): Is it true that a private [Trilateral committee] led by Henry Owen of the US and made up of [Trilateral] representatives of the US, UK, West Germany, Japan, France and the EEC is coordinating the economic and political policies of the Trilateral countries [which would include the US]?

NOVAK: Yet, in your recent paper you state that this committee should remain informal because to formalize ‘this function might well prove offensive to some of the Trilateral and other countries which do not take part.’ Who are you afraid of?

KAISER: Many countries in Europe would resent the dominant role that West Germany plays at these [Trilateral] meetings.

COOPER: Many people still live in a world of separate nations, and they would resent such coordination [of policy].

NOVAK: But this [Trilateral] committee is essential to your whole policy. How can you keep it a secret or fail to try to get popular support [for its decisions on how nations will conduct their economic and political policies]?

COOPER: Well, I guess it’s the press’ job to publicize it.

NOVAK: Yes, but why doesn’t President Carter come out with it and tell the American people that [US] economic and political power is being coordinated by a [Trilateral] committee made up of Henry Owen and six others? After all, if [US] policy is being made on a multinational level, the people should know.

COOPER: President Carter and Secretary of State Vance have constantly alluded to this in their speeches. [a lie]

This interview slipped under the mainstream media radar, which is to say, it was buried.

US (and other nations’) economic and political policy run by a committee of the Trilateral Commission—the Commission created in 1973 by David Rockefeller and his sidekick, Zbigniew Brzezinski.

When Carter won the presidential election (1976), his aide, Hamilton Jordan, said, if after the inauguration, Cy Vance and Brzezinski came on board as secretary of state and national security adviser, “We’ve lost. And I’ll quit.” Lost—because both men were powerful members of the Trilateral Commission and their appointment to key positions would signal a surrender of White House control to the Commission.

Vance and Brzezinski were appointed secretary of state and national security adviser, as Jordan feared. But he didn’t quit. He became Carter’s chief of staff.

Now consider the vast propaganda efforts of the past 40 years, on so many levels, to install the idea that all nations and peoples of the world are a single Collective.

From a very high level of political and economic power, this propaganda op has had the objective of grooming the population for a planet that is one coagulated mass, run and managed by one force. A central engine of that force is the Trilateral Commission.

—One planet, with national borders erased, under one management system, with a planned global economy, “to restore stability,” “for the good of all.”

And one day in the future, a student would ask his teacher, “What happened to the United States?” And the teacher would say, “It was a criminal enterprise based on individual freedom. Fortunately, our leaders rescued the people and taught them the superior nature of HARMONY AND COOPERATION.”