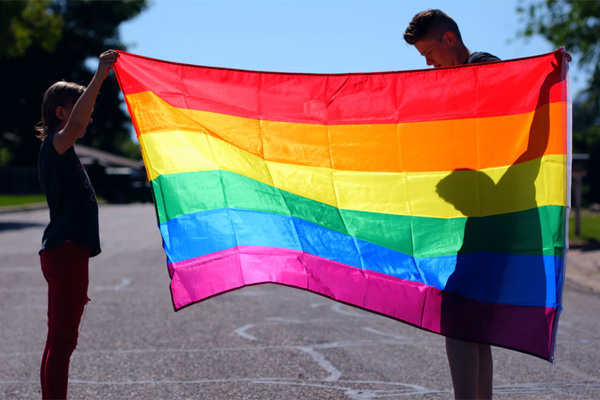 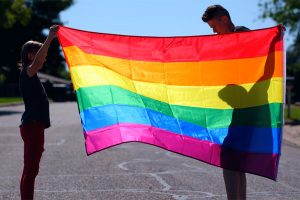 Berkley City Council is removing ALL Gendered language in an effort to be seen as ‘more inclusive.’ But the new guidelines have ‘excluded’ women altogether. Not even in pregnancy is the term ‘woman’ permitted.

“Gender” is mentioned 85 times in the revised Berkeley Municipal Code.

Some changes are innocuous and already in general use; for instance; “Fireman” is now “Fire-fighter”.  “Manhole” becomes a little cumbersome, with an additional two syllables added to make it “Maintenance hole.”

But then the true purpose of the Orwellian guidelines becomes clear, which is to remove gender from every aspect of their citizen’s lives.

“Men and women” are to be replaced by “People” or “a Single gender”.

“Male” and “female” is now “People of different genders.”

“Sister” changes to “Sibling” and so does “Brother.”

“Sorority” and “Fraternity” will now be referred to as “Collegiate Greek system residence.” It’s going to be pretty hard to convince College kids to accept this tongue twisting replacement over the simple, commonly used and understood terms.

Berkley sounds so far away and this strange ‘newspeak’ couldn’t possibly be forced onto Australians? It already is.

The Safe Schools All of Us resource (page 52) says:

“Where possible, avoid using gendered terms. For example, use words like ‘workforce’ instead of ‘manpower’, and ‘police officer’ instead of ‘policeman’.

“Phrases like ‘ladies and gentlemen’ or ‘boys and girls’ should be avoided. When speaking about individuals, be sure you know and use their preferred pronoun (she, he, they). If unknown, ask that person, or use their name instead.”

It’s as if the city of Berkley and the creators of Safe Schools are reading from the same playbook. They are certainly both playing their part in the ‘De-gender Agenda,’ which dehumanises us all.

It’s time to reclaim ‘gender’ and our true identity as men, women, boys and girls.