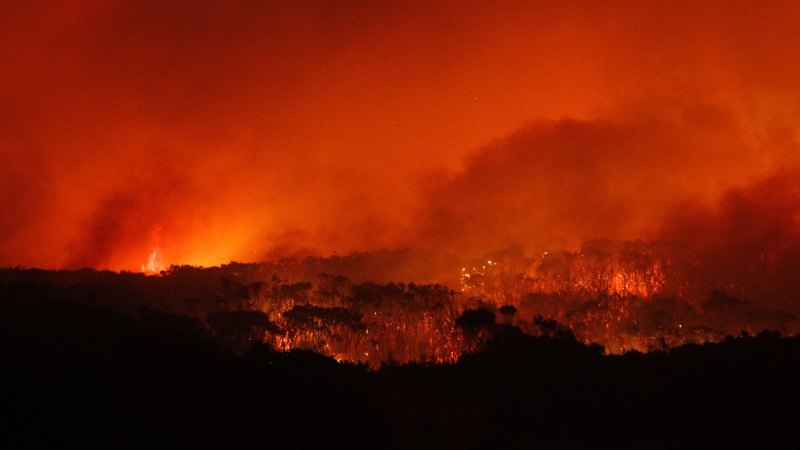 READ MORE AT BEFORE IT’S NEWS

Interesting that we have these fires and have just signed up to the insanity of Agenda-2030.

Australians are being told to rethink everything from health to housing as more than 130 blazes rage across drought-parched Queensland and NSW, claiming lives and homes.

Universal Law/sovereign law trumps all others.

1. No man or woman, in or out of government shall initiate force, threat of force or fraud against my life and property and, any and all contracts Im a party to not giving full disclosure to me whether signed by me or not are void at my discretion.

2. I may use force in self-defense against anyone that violates Law 1.

The scene was set under new pre planned legislation ….NSW man fined $1000,000 for having his firebreak too big on his OWN property. Fines of $30,000 for anyone disposing of firewood on their property. The fuel had to be left laying around for the day when ignition was planned. The gov’ reason given?….animals like to live in the dead wood.

“The illusion of freedom will continue for as long as it’s profitable to continue the illusion. At the point where the illusion becomes too expensive to maintain, they will take down the scenery, move the tables and chairs out of the way, then they will pull back the curtains and you will see the brick wall at the back of the theater.” – Frank Zappa

When the tyrant has disposed of foreign enemies by conquest or treaty and there is nothing to fear from them, then he is always stirring up some war or other, in order that the people may require a leader. – Plato

“I have lived on the lip of insanity, wanting to know reasons, knocking on a door. It opens. I’ve been knocking from the inside.” – Rumi