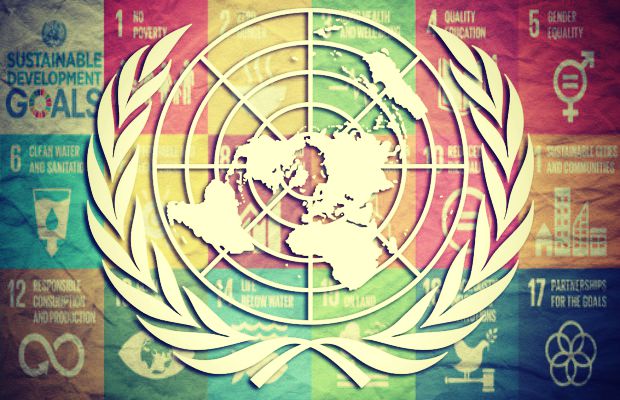 If you listen closely, the global elite are telling us exactly what they intend to do.

If they get their way, our world is going to look vastly different than it does now in the not too distant future. These elitists share a dream of an environmentally-friendly dystopian socialist paradise in which individual freedom is severely restricted for the good of the collective. Where you live, what you do for a living, what you are allowed to eat and how many children you are permitted to have would all be determined by an all-powerful central government that nobody would question or challenge. This may sound very bizarre to you, but the global elite really do dream of these things.

A perfect example of what I am talking about is an article that recently appeared on the official website of the World Economic Forum entitled “Welcome to 2030. I own nothing, have no privacy, and life has never been better“. It was authored by a member of parliament in Denmark named Ida Auken, and as you can see she is quite convinced that we can achieve this type of society by the year 2030…

It might seem odd to you, but it makes perfect sense for us in this city. Everything you considered a product, has now become a service. We have access to transportation, accommodation, food and all the things we need in our daily lives. One by one all these things became free, so it ended up not making sense for us to own much.

In Auken’s world, nobody even pays any rent, and if you need anything at all you can have it delivered to your door within minutes.

So how is that possible?

Well, she believes that computers, robots and machines will eventually be doing almost all of the work that humans currently do…

Shopping? I can’t really remember what that is. For most of us, it has been turned into choosing things to use. Sometimes I find this fun, and sometimes I just want the algorithm to do it for me. It knows my taste better than I do by now.

When AI and robots took over so much of our work, we suddenly had time to eat well, sleep well and spend time with other people. The concept of rush hour makes no sense anymore, since the work that we do can be done at any time. I don’t really know if I would call it work anymore. It is more like thinking-time, creation-time and development-time.

But of course there is a cost to living in such a society, and Auken openly acknowledges this. She admits that in her idealized version of the future she will “have no real privacy”…

Once in awhile I get annoyed about the fact that I have no real privacy. No where I can go and not be registered. I know that, somewhere, everything I do, think and dream of is recorded. I just hope that nobody will use it against me.

What Auken is envisioning is some sort of benign green dictatorship. In order to have a “perfect world” made up of imperfect humans, someone is going to have to be watching, tracking, monitoring and controlling all of those imperfect humans 100 percent of the time. And since virtually every decision that we make affects the environment in some fashion, every one of those decisions will have to be subject to government regulation.

When I read Auken’s article, I was instantly reminded of a short video that was produced by the Forum for the Future that envisioned what life would be like in the year 2040. If you are not familiar with them, the Forum for the Future is one of the major non-governmental organizations that the global elite use to promote their agenda around the world. These NGOs have become increasingly powerful in recent years, and the biggest often work in conjunction with the United Nations to promote “change” in developing nations.

In the video that I mentioned above, the Forum of the Future presents a chilling version of the future that includes “calorie cards”, a “global food council”, global water rationing and an immensely powerful central government that manages even the smallest details of our lives. You can watch the video on YouTube for yourself right here…

Would you like to live in that type of a world?

If we are not very careful, this type of tyranny could become a reality, because this is precisely where the global elite intend on taking us.

About five years ago, I warned that this was coming…

Imagine going to sleep one night and waking up many years later in a totally different world. In this futuristic world, literally everything you do is tightly monitored and controlled by control freak bureaucrats in the name of “sustainable development” and with the goal of promoting “the green agenda”. An international ruling body has centralized global control over all human activity. What you eat, what you drink, where you live, how warm or cold your home can be and how much fuel you can use is determined by them. Anyone that dissents or that tries to rebel against the system is sent off for “re-education”. The human population is 90 percent lower than it is today in this futuristic society, and all remaining humans have been herded into tightly constricted cities which are run much like prisons.

Today we are closer to the global elite’s vision of the future than ever before. Even in some of the most conservative areas of the United States the green agenda is being pushed forward under the guise of “sustainable development”, and the global elite will never stop until they have everything that they want.

We are constantly being told that we need to make sacrifices “for the good of the planet,” but the truth is that their agenda would open the door for global tyranny on a scale that most people do not even think is possible.

Instead of a socialist paradise, what we will really be getting is a dystopian nightmare, but most will not realize the truth until it is far too late.

Further Reading: The Beginning Of The End (by Michael Snyder)

Contributed by Michael Snyder of The American Dream.

Michael Snyder is a writer, speaker and activist who writes and edits his own blogs The American Dream , The Truth and Economic Collapse Blog.

2 thoughts on “THE ELITE REALLY DO WANT A GLOBAL SOCIETY WITH NO POSSESSIONS, NO PRIVACY AND NO FREEDOM”