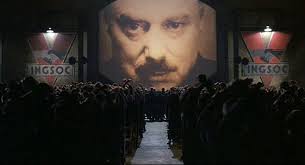 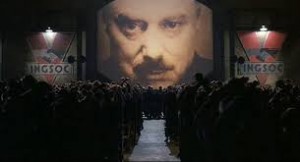 In totalitarian regimes—a.k.a. police states—where conformity and compliance are enforced at the end of a loaded gun, the government dictates what words can and cannot be used. In countries where the police state hides behind a benevolent mask and disguises itself as tolerance, the citizens censor themselves, policing their words and thoughts to conform to the dictates of the mass mind.

Even when the motives behind this rigidly calibrated reorientation of societal language appear well-intentioned—discouraging racism, condemning violence, denouncing discrimination and hatred—inevitably, the end result is the same: intolerance, indoctrination and infantilism.

It’s political correctness disguised as tolerance, civility and love, but what it really amounts to is the chilling of free speech and the demonizing of viewpoints that run counter to the cultural elite.

As a society, we’ve become fearfully polite, careful to avoid offense, and largely unwilling to be labeled intolerant, hateful, closed-minded or any of the other toxic labels that carry a badge of shame today. The result is a nation where no one says what they really think anymore, at least if it runs counter to the prevailing views. Intolerance is the new scarlet letter of our day, a badge to be worn in shame and humiliation, deserving of society’s fear, loathing and utter banishment from society.

For those “haters” who dare to voice a different opinion, retribution is swift: they will be shamed, shouted down, silenced, censored, fired, cast out and generally relegated to the dust heap of ignorant, mean-spirited bullies who are guilty of various “word crimes.”