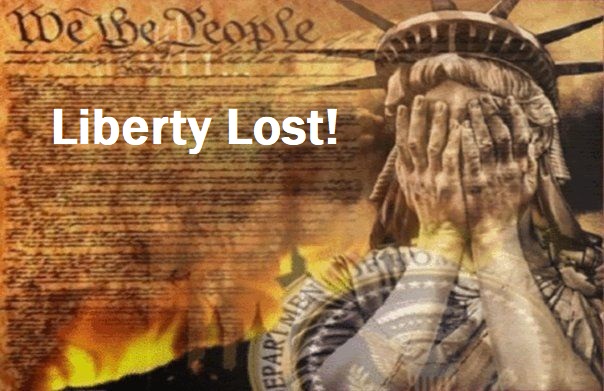 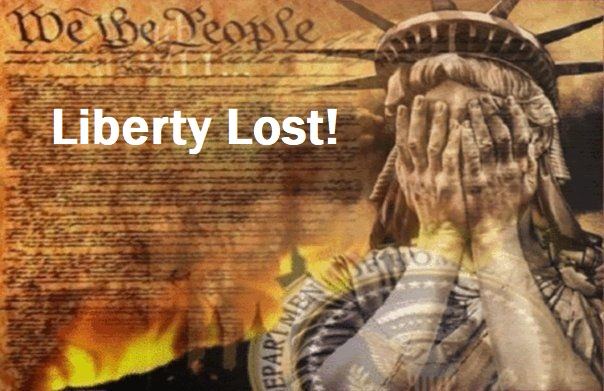 “The end goal is to get everybody chipped, to control the whole society, to have the bankers and the elite people control the world.”

This country has been through so much in its history, with so many committing crimes against humanity in this immoral governing system.

But none of this is comparable to what is happening today, and what those in charge are planning.

This illegitimate ‘pandemic’ plan is truly the epitome of evil, and is being allowed to go forward without resistance by a blind population voluntarily participating in their own self-destruction.

Nothing of this caliber has ever happened in the history of this country, and nothing has ever been a bigger threat to liberty.

In fact, if this plot is allowed to continue, we will face an apocalyptic loss of freedom, and will be relegated to a life based on servitude.

We now face a war against all humanity

What we now face is a war against all humanity, a war without end. We face constant surveillance, forced vaccination, and home imprisonment. We face a total loss of normal interaction and communication with others.

We face complete restriction or elimination of travel. We face the prospect of a total loss of medical freedom. We face having to present papers in order to move about or transact business.

We face the possibility of being chipped, and the requirement of implants and tracking device mandates. We face the elimination of normal employment leading to financial ruin.

We face starvation and extreme poverty. We face gene-altering technologies.

We face all this and more in what has been mistakenly called the freest country on earth.

What once was a land of intelligent, freethinking individuals has turned into a society of manageable fools

The recent ramping up of this ‘virus’ propaganda has reached a level that should have been unimaginable to most, but instead of question and dissent, the general population has taken this all in stride, and have acquiesced to most every order given.

Any that properly disagree with the state’s false narrative, and any that choose to fight against this tyranny, will face extreme prejudice because those seeking the truth will always be a small minority in this land of obedient order takers.

Mass compliance of state guidelines leads to the shaming and threatening of those sane individuals not obeying politicized orders, and this pathetic and submissive behavior by the masses is the epitome of the common American mindset today.

What once was a land of intelligent, freethinking individuals has turned into a society of manageable fools.

The demise of intellect

There were many causes that led to the demise of intellect in this country, and government schooling with control over the young from the age of three until out of college was possibly the most determining factor in that transition.

With that indoctrination and dumbing down, the population became much easier to control through distraction, divisiveness, and bribes.

When analyzing this phenomenon, it is apparent that cell phones, television, gaming, and constant texting and chatting instead of face-to-face contact now consume people.

The race card has been played over and over again, but never with such gusto as has happened with the suspicious ‘death’ of someone being called George Floyd.

The division caused by the political and media hype and the purposely created BLM and Antifa rioting and looting, has led to mass chaos and idiotic group think.

In order to keep the public at odds with reality, and to solidify devotion and support for the state, it was necessary to offer bribes in the form of bailouts, direct cash payments, high unemployment largesse for all, and promises of future ‘universal basic income.’

With these things in place and with the promotion of fear, the submissive herd has been calmed. This seduction of the public has been successful for the ruling class in many ways, but the ease and speed in how it was accomplished is most disturbing.

But then, the ignorant mob has always been easy to buy off, and easy to fool, and if this continues, our future will be one of slavery.

The voluntary compliance and acceptance of authority by those being ruled

The basis of all governing authority and rule relies on the voluntary compliance and acceptance of that authority by those being ruled.

Without willing submission by the general public, no dictator, no group of elitists, and no oligarchy could ever gain or hold power over the people. This truth has been lost to the collective mob, and only lives in the hearts and minds of the few.

The people at large have not only allowed this takeover of humanity, but have embraced it. The people’s appointed masters are seeking total domination over all of society, and apparently will stop at nothing to advance their agendas of death and control.

They promise continued tyranny by demanding compliance of every order handed down by fiat.

In the false name of safety, they claim as all totalitarian monsters claim, to protect us all from ourselves by requiring blind obedience to the new god called the state.

They claim we will be held by force in this state of madness and isolation until we all wear deadly masks, distance from each other, and take a new untested and poisonous vaccine.

Even then, they intend on continued tracking, tracing, and isolation of any that do not allow the injection of this toxic concoction.

What have we become? Will Americans reclaim their freedom?

What have we become? What purpose is there in life if thinking and acting as nature intended is outlawed, and deemed treasonous? What joy will remain if this insanity continues? When will the people that gave this horrendous government its power take it away? When will Americans reclaim their freedom?

There is little time left in my opinion, as the state is attempting to gain total control over the next few months, and will use this coming flu season as the impetus to advance even more draconian measures meant to cause massive death and destruction.

It seems likely that if compliance by a large majority is not forthcoming, or if mass control has not been fully achieved during the winter, then a real lab-created virus may be released to insure that the panic continues, and that a new fear will be sufficient enough to cause complete societal submission.

“Insanity in individuals is something rare – but in groups, parties, nations and epochs, it is the rule.”

Read the full article on LewRockwell.com.

Having problems receiving our newsletters? See:

How to Beat Internet Censorship and Create Your Own Newsfeed