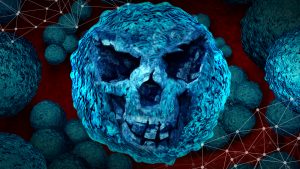 My previous article detailed: cooking up fake threats of viruses from outer space. This could be the next “UFO disclosure” coming on the heels of recent Pentagon reports of alien craft in the skies.

Now let’s come back to Earth.

Here is the basic background. If researchers say they’ve found a new disease caused by a virus, they’re saying people who have the disease have the virus in their bodies.

These people must have the virus. Otherwise, they don’t have the disease. Remember that.

The CDC was calling for all Americans to take the Swine Flu vaccine. Remember?

At the time, star CBS investigative reporter, Sharyl Attkisson, was working on a Swine Flu story. She discovered that the CDC had secretly stopped counting cases of the illness—while, of course, continuing to warn Americans about its unchecked spread.

Attkisson: The implications of the story were even worse than that. We discovered through our FOI efforts that before the CDC mysteriously stopped counting Swine Flu cases, they had learned that almost none of the cases they had counted as Swine Flu was, in fact, Swine Flu or any sort of flu at all! The interest in the story from one [CBS] executive was very enthusiastic. He said it was “the most original story” he’d seen on the whole Swine Flu epidemic. But others pushed to stop it [after it was published on the CBS News website] and, in the end, no [CBS television news] broadcast wanted to touch it. We aired numerous stories pumping up the idea of an epidemic, but not the one that would shed original, new light on all the hype. It was fair, accurate, legally approved and a heck of a story. With the CDC keeping the true Swine Flu stats secret, it meant that many in the public took and gave their children an experimental vaccine that may not have been necessary.

It was routine for doctors all over America to send blood samples from patients they’d diagnosed with Swine Flu, or the “most likely” Swine Flu patients, to labs for testing. And overwhelmingly, those samples were coming back with the result: not Swine Flu, not any kind of flu. NO SIGN OF THE SWINE FLU VIRUS.

In the summer of 2009, the CDC secretly stops counting Swine Flu cases in America, because the overwhelming percentage of lab tests from likely Swine Flu patients shows no sign of Swine Flu virus or any other kind of flu virus.

It will completely ignore its mandate to care about human health, and it will get away with it.

And CBS will conveniently forget how it aided and abetted the CDC, by censoring real news, and instead opted for egregious and titanic fake news.

A few basic official “facts”: Severe acute respiratory syndrome (SARS) includes the following symptoms—cough, fever, fatigue, sore throat. It originated in South China. It is caused by the SARS coronavirus. SARS is unique. It is a newly discovered condition. The coronavirus is newly discovered.

I saw holes in this presentation. For example, the SARS symptoms are indistinguishable from ordinary traditional flu or other non-specific illness that has been known about for centuries.

The SARS coronavirus was purportedly discovered by World Health Organization (WHO) researchers working in ten labs linked by a private closed-circuit communication system. No outside researchers were given access.

The WHO researchers very quickly found the unique and never-before-seen coronavirus, and they labeled it the cause of SARS. At that point, virtually every virologist in the world stood up, saluted, and never questioned the finding, because to do so could earn them an ejection from The Club.

From that point on, no statistics were released that demonstrated how many diagnosed SARS patients had the coronavirus virus in their bodies and how many didn’t.

But months later, a prominent World Health Organization microbiologist in Canada, Frank Plummer, wandered off the reservation and spoke with reporters. What he said, in a series of statements, was shocking.

Plummer basically admitted that many of the newest blood samples from SARS patients coming into his lab showed no trace of the SARS coronavirus.

Plummer: “We are finding some of the best-characterized [SARS disease] cases are negative [for the SARS virus]. So it’s puzzling. As is the fact the amounts of virus we are finding, when we find it, are very small—only detectable by very sensitive PCR [testing].”

“Once you conclude that this coronavirus is the sole cause of SARS then you move into a different phase and you move to test only for it. . . to the exclusion of other things. And I think. . . at least based on what we’re seeing in Canada. . . it’s a little early to do that…”

It was early, and also very late. SARS was already being hyped as the next big epidemic. The World Health Organization had issued a travel advisory against flying into Toronto, a supposed hot bed of the disease—costing the city billions in tourist dollars.

Finally, as with the Swine Flu, SARS was dropped like a hot potato and the virus hunters moved on, seeking the next big thing.

Arguments can be made that scientists never isolated either the SARS or the Swine Flu virus, never found it, never confirmed its existence. Or, if one wants to say these two viruses actually exist, they were never proved to cause any illness or damage at all.

Con. Hoax. No pandemic. No epidemic.

In fact, people who were ill and showed symptoms were suffering from various causes, none of which involved the viruses named by researchers.

“We found the viruses, we identified them as the cause of two distinct diseases…and now we can’t find the viruses in people.”

But don’t worry, be happy. The researchers know exactly what they’re doing. They’re brilliant. Trust them. They care about you.

You can delve further into the subject of “missing viruses.” For example, read the Christine Johnson interview of a scientist from the Australian Perth Group, “Does HIV exist?” And read my article that examines whether anyone has ever isolated the Ebola virus from a human being.

Viruses as specific causes of diseases are a main pillar of so-called medical science. Were that pillar to collapse, through acknowledging that a number of diseases have no traceable viral cause, the whole landscape would change.

Researchers would be forced to investigate nutritional and environmental causes, for example.

A collection of familiar “flu-like symptoms,” labeled with one disease-name, would be seen to spring from a number of different factors, and not the same factors in different people. So the chosen single disease-name would dissolve into dust.

Three: Will the next UFO disclosure be “biological threats from outer space?”

I return to the subject of my previous article—UFO disclosures—to emphasize a vital point. We are told that researchers have found UFO metal that resists all attempts at analysis. They don’t know what these metals are composed of. Well, reporters have gone to university “experts” in chemistry, who all say this is absurd. It’s easy to analyze any alloy in the universe. The experts are banding together to form a consensus, based on conventional principles.

On the other hand, if the next UFO disclosure warned us of something at least as far out as mysterious alloys—strange and dangerous viruses from outer space—virologists would think twice about demeaning those claims. Why? Because, in that community of professionals, any and all assertions about disease-causing viruses are treated with respect. Virology is a field where actual evidence of causation is ignored. Whoever, from a position of influence, can sell a virus story is an automatic player in the game. Especially if money will flow for research. And when it comes to viruses, there is always money to be had.

Consider Pellagra. In the first half of the 20th century, in the US, there were three million cases. 100,000 people died. Researchers at health agencies insisted there had to be a germ at the bottom of it. They looked and looked and looked.

Meanwhile, other researchers found out Pellagra was mainly a deficiency of niacin. They were pushed into the background. “A bunch of whackos. Pay no attention to them. The cause has to be a germ. We’re the germ people. We’re in charge of the research.”

Finally, after 100,000 deaths, most of which were unnecessary, the “experts” grudgingly admitted, “Yes, it’s a niacin deficiency.”

Human lives lost? Not a factor. Not a concern.

2 thoughts on “The great virus hoax in modern medicine”