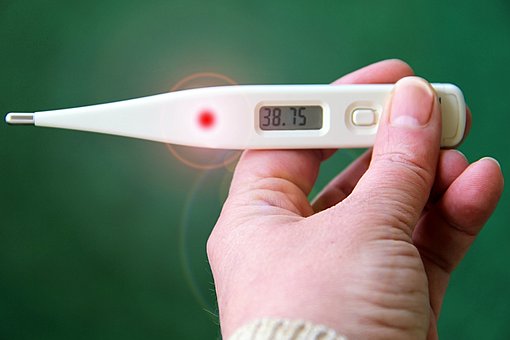 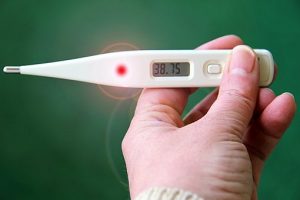 Fever is generally regarded as an enemy to be fought and defeated. The majority of patients and their families feel fear at the appearance of a fever, a fear that grows stronger with the intensity of the fever and faithfully follows its ups and downs. Peace of mind for the patient or the parent of a feverish child returns only when the fever has vanished.

Yet fever is an intentional action produced by the body to defend itself. Fever’s beneficial nature has been emphasised by numerous health professionals.

Édouard Auber (1804-1873), an expert on the work of Hippocrates, states in his own Philosophie de la medicine, “Fever is one of the most powerful healing methods employed by nature.”

André Passbecq (1920-2010), one of the best known naturopathic doctors in France, writes: “Nothing works as well against illness as a good fever…. Fever can be a source of discomfort but, thanks to it, pathogenic substances and toxins are promptly broken down and eliminated. The temperature will remain high as long as the bulk of the toxins have not been eliminated.”

What To Do with a Fever: Using Fever as Therapy

Fever possesses so many therapeutic benefits that a variety of practitioners, aware of its usefulness, have sought means for creating it artificially. These pyrotherapy techniques included injections of substances that would not be tolerated by the body in order to force the body to defend itself by creating a fever. For the most part, these pyrotherapy methods have been abandoned because of the numerous problems they caused due to their anti-physiological nature. The fact remains, nonetheless, that the practice was based on a correct evaluation of the healing virtues of fever.

Fortunately, there is a physiological process that exists for intentionally creating fever: thermal baths. With a hot bath, a person can easily and rapidly escalate and intensify the metabolic activities and defense reactions of the body, which will produce a temporary fever. This method is something that can be turned to for preventive purposes. By correcting the biological terrain, you can prevent illnesses from finding an opportunity to develop.

Good or Bad? Fever Is a Welcome Friend Not a Foe to Slay

Many people find it surprising that fever can be considered a friend and ally. But, fever is evidence of the intense labour performed by the body to break down and eliminate toxic substances and germs. Fever is nothing but the consequence of the defensive activity engendered by the body itself as a means of protection. Countering it would therefore be extremely disadvantageous.

During infectious diseases, the salutary effect of fever is twofold. On the one hand, raising the temperature of the body makes the environment untenable for the germs. These high heats are, in fact, fatal to them. Germs can thrive at the regular body temperature of 98.6°F but let the temperature rise a few degrees to 102°F, 103°F, or 104°F and their living conditions are made adverse to their continued existence. The heat will greatly weaken the germs and severely limit their ability to reproduce.

Using Fever for Purification of the Cellular Environment

Fever also alters the living conditions of germs by purifying the terrain, the interior cellular environment of the body. Just like mosquitoes require the stagnant waters of marshes and swamps to thrive, germs need a terrain overloaded with wastes in order to survive and multiply. So, once the biological terrain has been cleansed, it becomes unfavourable for their continued existence and precipitates their disappearance.

Fever is the body’s preferred method for treating itself. Consequently, fevers should not be lowered or eliminated thoughtlessly. Cutting a fever short goes against common sense. It would amount to hoping a patient can be cured while opposing every attempt that is made to heal them.

Fever Can Be Your Friend: The Benefits of Fever

When to Stop a Fever

Stopping a fever is justified only when the profusion of germs overtaxes the patient’s weakened state. If the germs have multiplied in too high a number and are too virulent, the defenses of the patient may no longer be powerful enough to counter them. There is a risk of irreversible and fatal lesions.

In these extreme cases, which are also extremely uncommon, a treatment based on antibiotics and antipyretics is essential. The antipyretic or febrifuge artificially lowers the temperature of the body and provides relief to the patient. Antibiotics will kill the germs in place of the body’s defense system.

In the majority of cases, though, the fever should be respected; the body is fully capable of stamping out the infection with its own forces. The immune system exists precisely for this purpose.

The Downside of Stopping a Fever

Halting a fever prevents the body from killing the germs attacking it and from burning away the poisons that are stagnating in its terrain. It also prevents these toxins from being transported to the excretory organs where they can be eliminated. In addition, when antipyretics are used the body also has to deal with the poisons imported by these medicines.

The propensity to cut fevers short has certainly brought about a diminishing number of acute illnesses, but the consequence of this has been an increase in the number of chronic diseases. By systematically thwarting the body’s natural healing efforts, anti-fever therapies that repress symptoms only increase the contaminants in the biological terrain, which, over time, leads to the major lesions and functional disorders of chronic disease.

The objection that is most commonly raised against taking a more respectful approach to fever is based on the danger to the patient’s very survival caused by too high a rise in temperature. Of course, this danger is real. But refusing to cut short a fever, in other words, respecting its existence and purpose, does not mean doing nothing. Respecting fever means understanding its action, supporting its work (when, and if, necessary), and temporarily curbing it if it becomes too severe.

The body is therefore not always up to the task of properly protecting itself. It is sometimes necessary, depending on the case, to strengthen and stimulate, or reawaken, the body’s defense mechanisms. There are a host of various remedies that make this stimulation of the immune system possible. We will look at a few of the most effective ones.ll humans have a defense system at their disposal to confront whatever dangers threaten them. But the effectiveness of the immune system is more or less dependent on the basic physiological forces received at birth, though its abilities can also vary over time. The immune system can also be diminished by fatigue, stress, poor nutrition, and the body’s accumulation of toxins and poisons.

Echinacea angustifolia, a member of the Asteraceae family, is a native of the North American prairies. It was used often and with great success by Native Americans to treat all kinds of ailments, and it plays a very helpful role in fevers.

It has an exceptional ability to stimulate the body’s defense system by, among other things, producing white blood cells (macrophages) that attack and destroy the germs and poisons in the body’s biological terrain. Echinacea also stimulates perspiration, which helps rid the body of these toxins. Furthermore, it reduces cellular exposure to infection and has an antibiotic effect against certain pathogenic germs. For all these reasons, echinacea is a major remedy for supporting the body’s fight against disease.

The root of the plant is the primary part that is used. It is prepared in the form of an easy to use tincture. Several small doses repeated throughout the day have a better effect than larger doses taken less frequently.

Dosage: Take 10 to 20 drops of the tincture, five to six times a day, with a little water.

Vitamin C is a useful substance for maintaining the body’s general functioning, but when taken at higher doses it has amazing therapeutic virtues that have been confirmed by modern studies.

Vitamin C stimulates the body’s defenses by making white blood cells and antibodies more effective in their battle against infection. It kills microbes and viruses, and neutralises numerous poisons.

Because it stimulates the overall health of the body, vitamin C is always recommended for the additional support it provides the struggling body during a fever. During a fever the body needs more than 1,000 mg of vitamin C a day. According to some authors, the daily amount ingested can even be equal to several grams. The natural vitamin C supplements available in the market generally have a fairly low dosage (50 to 100 mg), but there are some preparations that are 500 to 1,000 mg. These are the ones you should obviously use to obtain effective therapeutic results.

Dosage: Take 1 to 3 grams a day, broken up into several doses over the course of the day.

Trace elements are minerals that are present in very small amounts in foods. They contribute to the sound and proper functioning of the body. A deficiency in a trace element will cause reduced capacity of the function dependent on it. This reduction in the physiological function will grow worse as long as the body receives no intake of this trace element.

Trace elements are like tiny sparks that keep the body’s motor running. They are therefore even more valuable when the body becomes exhausted in its struggle, as can be the case during a fever, and requires assistance to perform all its functions properly.

The trace elements of copper, gold, and silver are most apt to stimulate the exhausted defenses of the body. There are liquid preparations available commercially that contain all three of these trace elements. To encourage maximum absorption, it is best to take the remedy on an empty stomach and hold it beneath your tongue for a minute before swallowing. This part of the mouth has a vast number of blood vessels, which permits the active properties of these elements to enter the bloodstream rapidly.

Dosage: One dose is generally around 30 drops of the preparation* and should be taken once or twice a day before eating.

Reprinted from The Healing Power of Fever with permission of the publisher, Healing Arts Press, an imprint of Inner Traditions International. © 2012 (English translation). www.InnerTraditions.com

This article was published in New Dawn 133.
If you appreciate this article, please consider a contribution to help maintain this website.

© New Dawn Magazine and the respective author.
For our reproduction notice, click here.

13 thoughts on “The Healing Power of Fever”