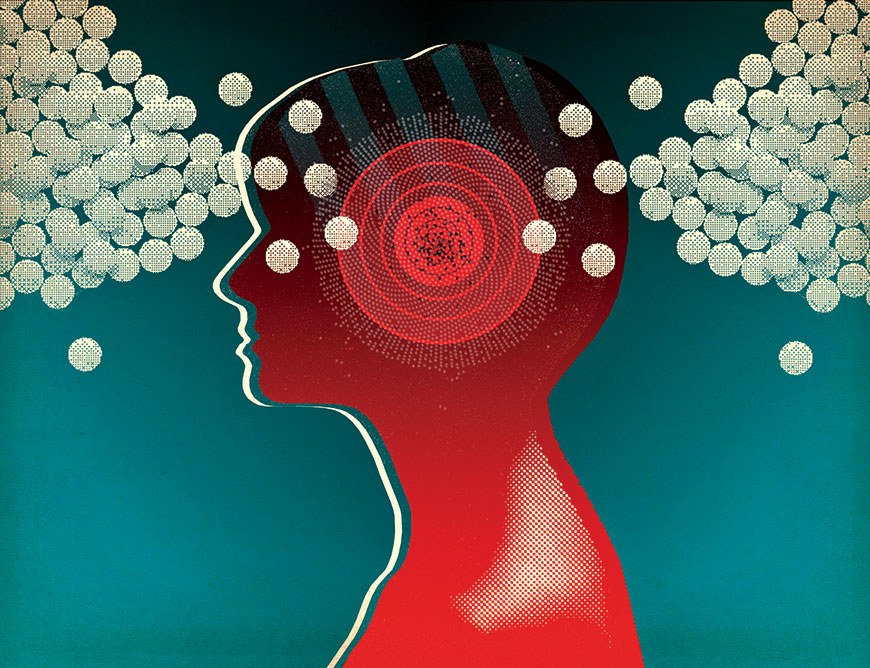 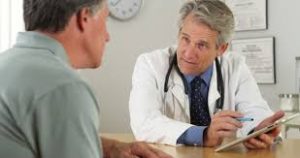 There are four major symbols I want to take up here.

The important thing to remember is: these symbols conspire to produce a “view of self” in the patient.

The patient comes to see himself in a certain way, and this way implies a reduction of his own power.

Reducing his own power, he literally sees himself as smaller.

The cascade of effects continues. Seeing himself as smaller, he comes to believe he has no significant role in his own health and well-being.

And armed with that conviction, he comes to believe he is gradually deteriorating.

This belief is a perception, a view of self. This view, like a magnet, attracts and interprets events as further evidence of weakening and deterioration…

This reality is far from the only possible one, but it is the one the patient chooses.

The first symbol is SYMPTOM. The person sees and experiences feelings and physical manifestations, and in the doctor’s office, he learns these are symptoms that collectively MEAN SOMETHING. He has symptoms. These are not random, he is told. They are not transient. They cannot be ignored. They will not go away on their own. They are serious.

The second symbol is CONDITION. The doctor’s diagnosis of the symptoms makes it clear that the patient has a disease, an illness, a disorder. A label is applied. A name. There is no doubt that the patient has this named disease. This is a THING. An entity. It is not a passing phenomenon. It is solid and stable. It is singular.

The fourth symbol is the DOCTOR. He knows. Nobody else knows. He is the authority. He is in charge of recognizing the symptoms, which lead him to make the diagnosis of the condition, which is turn leads him to prescribe the treatment. This progression is lock-step. There no other factors to consider. The doctor has effectively ruled out all other possibilities.

These four symbols lead the patient into a state of obedience. And in that state, he realizes his own power is beside the point and is irrelevant.

Each successive visit to the doctor confirms he can and does develop new sets of symptoms—and each set implies a new condition.

As the conditions pile up, the patient is more convinced than ever that he is composed of diseases that appear “out of nowhere.”

He views himself as a set of symptoms which indicate a condition and imply a treatment. This is, in a sense, who and what he is.

Over time, his conditions tend to be more serious.

He never imagines that the toxic treatments he is taking are contributing to, or causing these more serous conditions—because each disease has a separate name, as if it exists in a vacuum. The doctor handles each diagnosis in that fashion. “Now you have this…and now you have that.”

When the patient reaches a point where he views himself as BEING these symptoms and conditions and very little else, he simply waits for the next arrival of the next set of symptoms and the next condition.

This is how powerful symbols can be.

In a better world, people would be educated in the use and effects of symbols, before succumbing to them.

Some would say, “What do you mean, symbols? The doctor is real, I do have physical problems, the doctor really does make a diagnosis, and I do take real medicines. Why are you talking about symbols?”

“I am a deteriorating person. That’s who I am. That’s what I am. I’m waiting for the next round of symptoms and the diagnosis and treatment from the doctor. Any other ideas about what I am and what I can do are beside the point. No reason to entertain them. I have the potential to be more than a deteriorating person? What does that even mean? It makes no sense.”

This process is not necessary, but he doesn’t grasp that.

Am I claiming that everything is in the mind? Nothing else possibly matters? No one ever really gets sick? No. But I am saying a shocking amount of what turns out to be a person’s future or non-future flows from how he recognizes, or doesn’t recognize, symbols and how he reads them and interprets them, how he accepts or rejects them, how he choose to surpass them or succumb to them.

Yes, there is a doctor. Yes, there is such a thing as physical illness. Yes, the doctor is delivering a diagnosis and calling it a condition. But these factors are not in the mind, unless the physical doctor can squeeze himself into the patient’s head. In the mind, there are symbols of these elements—and that is what the patient is dealing with, for better or for worse.

And over the long-term, for most patients, it’s worse.