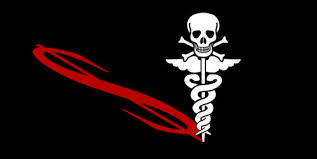 I’m writing this blog whilst sitting at my chiropractor’s office waiting for my appointment. The air is filled with the scent of lavender and soft music is playing in the background. It’s a lovely, relaxing environment. But thinking about the threats to chiropractic care – and all forms of natural therapies – is keeping me from feeling relaxed.

Those pseudo-skeptics who are reading this are thinking (and working towards the day) that chiropractic will no longer be allowed to exist in Australia. Only drug-based, toxic treatments are OK as far as they are concerned. There are two ways of doing things in their minds – their way or the wrong way. And anyone who doesn’t agree with them on health issues (or most anything else, come to think of it), should be forced to go along with their view of the world.

Bunch of schoolyard bullies, they are!

Normally, I would laugh at people like this. They are so pathetic; so immature; so wrong minded. But when they are backed by a multi-trillion dollar pharmaceutical industry that not only owns the government and the media, but backs them and gives them a platform to spew their hate speech, it’s no longer a laughing matter.

So, I sit in the chiropractor’s office, knowing that it may only be a matter of a few years before chiropractic is no longer able to be practiced openly in Australia. Chiropractic, naturopathic medicine, homeopathy, Bowen therapies, Chinese Herbal medicine…the list goes on. All of these treatments, some of which have been safely and effectively used for thousands of years, could be in their last days here in Australia.

All because people are choosing in their hundreds of thousands to turn their backs on Western medical doctors and opt for treatments that work and are, as close as any treatment can be, harmless. A claim which cannot be made for medical any ‘treatment’. Medical drugs, procedures and errors kill between 18,000 and 54,000Australians EVERY YEAR! Doctors have not earned the right to be trusted or listened to without question – a right which the government and the medical organisations are demanding.

It’s all about money, power and control

Government control has gone completely bonkers. Not content with trying to ban natural therapies, our diets are also under threat.

Let’s not talk about the fact that labelling of foods containing genetically modified organisms is still not mandatory – despite survey after survey showing that 90% and more of Australians say they want this (who is the government working for again?)

Or the issue of additives, colourings and preservatives that have never been shown to be safe being used in the manufacture and packaging of the foods we eat. Thousands of these additives were approved by our government without any testing or proof of safety either singly or in combination (very much like vaccines, come to think of it). Guess they really DO take their responsibility to keep us safe seriously, eh?

And let’s not forget the herbicides, pesticides, pre-emergents and fungicides used in the growth, packaging and shipment of our foods. These products are not only unsafe for human and animal consumption, but they have destroyed our already depleted soils to the point where foods grown conventionally in Australia are virtually devoid of nutrition.

So our government, sworn to protect us and our rights, has worked full time to destroy our health and take away our rights. All the while, trying its hardest to remove the forms of healthcare that WE choose to use and even the way that WE choose to eat!

I am eating a modified Paleo/ketogenic diet and have been on this for about 2 1/2 months. It’s been amazing! Apart from losing weight (bonus!), I have felt really good and have been feeling increases of energy nearly every day.

This is a diet I chose after doing a lot of research and reading – especially because of its ability to help prevent cancer. I don’t have cancer, luckily, but at nearly 60 years old, I felt it was time to get serious about my health so I read a lot and have chosen to use my diet to help me get healthier. So far, so good.

But in this ‘democracy’ of Australia, doing things differently to corporate interest’s recommendations is a sure fire path to conflict.

Chef Pete Evans is one of the top Paleo experts in Australia. Now, he does not go out and grab people off the street and say, “Ve haf vays ov making you eat Paleo!” He simply offers information, recipes and stories about people who have changed their diet and the positive effects they’ve discovered.

But this is not allowed! If too many people eat Paleo, the food pyramid will be turned upside down! Companies like Kelloggs, Sanitarium and other grain and cereal manufacturers will show a decline to their bottom lines. We can’t have that!

So, their tame front group nutrition organisations (the same ones that still push margarine, genetically-modified oils and a crazy amount of grains with too little greens) have viciously attacked Chef Evans and people like myself who eat a Paleo diet.

These companies are silent about conventional farming practices, adding all sorts of dangerous crap to the foods we and our children eat and the use of antibiotics and hormones in our food animals. But try to eat a diet that is close to nature and that makes you feel good – oh no! We can’t have that!

Big Pharma, Big Ag, Big Food – they are all the same. They are all one.

They have their tentacles throughout government and the media. They control what you read, hear, see and do in ways that you – if you are like most Australians – are completely unaware of.

But step outside the box; choose to think independently about diet, healthcare or education and you will find out quickly enough how narrow those confines actually are!

Want to drink raw milk like our ancestors did for generations? No way! Much better to drink pus-filled white stuff that has had all of the nutrition boiled out of it (to kill germs that are only there because of the way in which cows live and are treated on commercial farms). Drink or sell raw milk and you face fines and/or imprisonment.

Want to feed your children a vegan diet? Well, even though a large number of people in countries like China, India and Southeast Asia live on a vegan diet with no problem, you will not be allowed and could even face removal of your children!

No tolerance, no acceptance of any differences allowed in our Australia. You follow the party line or you suffer the consequences. And the party wants to control you from the second you wake up in the morning until the moment you close your eyes at night.

So…I sit here trying to relax before I get called in for my appointment, and wondering how many more appointments I will have before my chiropractor, and your naturopath, and your neighbour’s homeopath become a distant, illegal memory. And asking myself what it will take to finally get natural therapists to work together against the common enemy trying to shut them down for good.