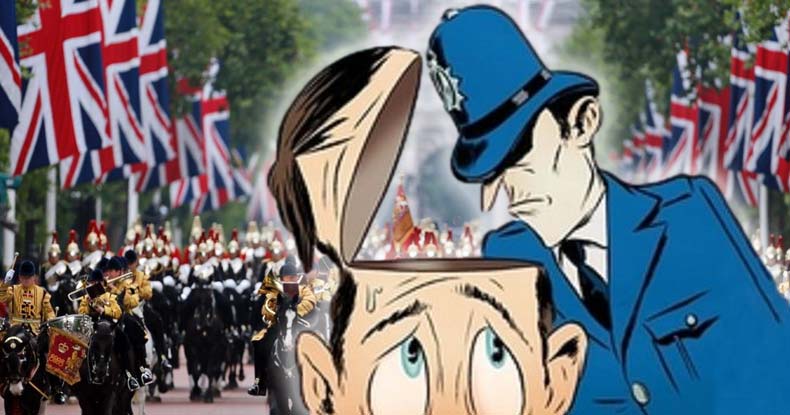 Welcome back, George. Things are playing out as you predicted.

From the UK Met Police website, here is the latest official attempt to censor speech. It’s actually more than that. Read carefully while pointing a fan at the screen to disperse the noxious fumes:

“If someone does something that isn’t a criminal offence but the victim, or anyone else, believes it was motivated by prejudice or hate, we would class this as a ‘hate incident’. Though what the perpetrator has done may not be against the law, their reasons for doing it are. This means it may be possible to charge them with an offence.”

It—an action or statement—isn’t a crime, but the perpetrator’s reasons for “doing it” may spring from hatred—and then it turns into a crime. Magic.

You speak or write publicly, and somebody/anybody believes what you uttered was MOTIVATED by hate. If the police decide that’s true, they can prosecute you.

“Mr. Jones wrote a paragraph that, in and of itself, did not constitute a criminal offense, but the thinking behind what he wrote contained hatred and was instigated by hatred. Guilty.”

Imagine something like this happening in the near-future: “A report by the National Crime Prevention Service indicated that a disproportionate number of rapes in British towns were committed by MusXXXX (censored). The report, which was scheduled to be released today, was stopped, when a room-service attendant in a London hotel pronounced that the report was motivated by hate. The police are investigating.”

Or this future absurdity: “After a local journalist reported several killings at a homeless shelter, when a dispute broke out over serving pork for dinner, the journalist was taken into custody by the police. The journalist was charged with a hate offense for using the word ‘pork.’ A co-worker at the town newspaper stated that ‘pork’ was incendiary and motivated by hate. ‘That’s why I called the police,’ he said.”

PROSECUTOR: Sir, isn’t it true that you called your brother-in-law a danger to his family?

DEFENDANT: Yes, because he threatened to hurt his wife, my sister.

PROSECUTOR: And your brother-in-law’s religion is MusXXXX (censored)?

DEFENDANT: Yes, but that has nothing to do with my statement to him.

PROSECUTOR: Your next-door neighbor heard the argument you two were having and adjudicated your thoughts were “of hatred.”

DEFENDANT: She read my thoughts?

PROSECUTOR: Exactly. And the State agrees with her assessment.

For those people who claim that paranormal events are a scientific fraud, here is your comeuppance. The UK Met Police have just written these events into law.

Telepathic insight is real enough to warrant an arrest and prosecution.