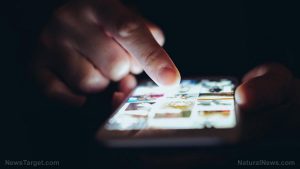 According to a recent study, teenagers who spend too much time on their smartphones are unhappier.

The researchers believe that adolescents could be happier if they started exercising more and met their friends face-to-face.

In the study, the researchers determined that teenagers who are on digital media most of the time were unhappier compared to adolescents who were more active and spent more time on “non-screen activities like sports, reading newspapers and magazines, and in-the-flesh interactions.” They added that screen time was influencing unhappiness rather than making teenagers happier.

Professor Jean Twenge, the study’s lead author, shares that while the study “can’t show causation,” earlier studies have confirmed that being more active on social media can cause unhappiness. However, unhappiness doesn’t always cause increased social media use.

A reasonable balance between digital media use and happiness can be maintained with limited screen time. Professor Twenge adds that spending less than two hours daily on social media will benefit teenagers in the long run. Spending more time exercising and meeting up with friends — two activities reliably linked to greater happiness — will do wonders for their overall mood.

Professor Twenge, along with colleagues from the University of Georgia, studied data from the Monitoring the Future (MtF) longitudinal study. The MtF study was a nationally representative survey of over “a million U.S. school children aged 13 to 14, 15 to 16, and 17 to 18.”

The pupils surveyed reported the amount of time they spent on gadgets like phones and computers. The teenagers also answered questions about “in-the-flesh social interactions and their overall happiness.”

The findings of the study determined that the happiest teenagers often limited their daily digital media time to less than one hour daily. Spending more than an hour on digital media was linked to increased unhappiness. (Related: ‘Smartphone detox’ shown to relieve stress and anxiety – similar to detoxing from other addictions.)

Compared to historical trends from the same age groups since the 1990s, the researchers discovered that the popularity of gadgets like smartphones over time were also connected to the decrease in “reported happiness” among teenagers.

Study participants born after 2000 were reportedly less satisfied with life, had lower self-esteem, and were unhappier, unlike the teenagers who grew up in the 1990s. Starting in 2012, the average teenager’s life satisfaction, self-esteem, and happiness have dipped drastically.

Interestingly, 2012 marked the point when the proportion of Americans who had smartphones went up more than 50 percent for the first time.

Professor Twenge cautions that the biggest change in the lives of adolescents occurred from 2012 and 2016 when they spent more time on social media and spent less time sleeping and participating in social activities. She concluded, “The advent of the smartphone is the most plausible explanation for the sudden decrease in teens’ psychological well-being.”

Tips for a “digital detox”

Worried that your kids are spending too much time on their smartphones? Try some of the digital detoxing tips below:

You can learn more about mental health and smartphone detoxing at Mind.news.