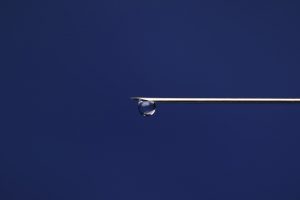 Dr Anand says: “Just look at the Rapid Responses in the bmj over the past few years. Find a SINGLE response from a public health epidemiologist or physician or specialist, or from manufacturers of vaccines, replying to questions from patients’ carers, from Mr Stone, or Dr Noel Thomas, or from me, a retired doctor who spent a professional life-time promoting immunisation of the susceptible against a prevailing infection.”[1]

At this time we have little or no accountability for vaccination policy and practice. Citizens such as John Stone and myself are raising legitimate questions about increasing vaccine product use and safety, but ‘the authorities’ refuse to engage.

‘Old school’ doctors such as Jog Anand, Noel Thomas and Allan Cunningham are commendable for trying to raise valid discussion relevant to vaccination policy. It seems this work is left to the retired doctors, how many currently practicing doctors would have the courage to rock the boat in these currently hostile times? It’s astonishing the medical profession in general is failing to question ever-increasing vaccination schedules around the world.

What is the real story behind the remarkable explosion of vaccine products, revaccinations, and vaccination promotion stories we are seeing in recent years, who is behind this?

Peter Doshi raised this matter in an article previously published on The BMJ, when he investigated the “semi-transparent world of vaccine advocacy organisations”.[2] Peter Doshi says “Vaccines are considered one of public health’s greatest success stories. But is all promotion of vaccines necessarily a good thing, or does it depend on the details?”

As I stated in my rapid response on his article, “Peter Doshi has scratched the surface with his investigation of “the semi-transparent world of vaccine advocacy organisations”.[3] See my rapid response via this link:
https://www.bmj.com/content/359/bmj.j5104/rr-10

I suggested “There is much more to do, including examination of political involvement in vaccine advocacy and promotion, particularly in light of governments around the world implementing compulsory and coercive vaccination policies. Who is influencing the politicians and political parties?”

For instance, we need investigation of vaccine advocacy organisations such as Every Child By Two (ECBT), which has political patronage, with Former First Lady of the US Rosalynn Carter being one of the founders of this organisation.

As Peter Doshi notes in his article “ECBT’s website does not disclose its funding sources, and it refused to answer The BMJ’s queries about how much it receives from vaccine manufacturers”.

I had similar problems trying to obtain transparency and accountability for ECBT’s activities, as outlined in my rapid response on Peter Doshi’s article:
https://www.bmj.com/content/359/bmj.j5104/rr-10

There is so much the public doesn’t know about the murky world of vaccine promotion, is it not time for a follow-up by The BMJ in this regard?

What is the definition of a ‘vaccine expert’? Who qualifies for this title, on what basis?