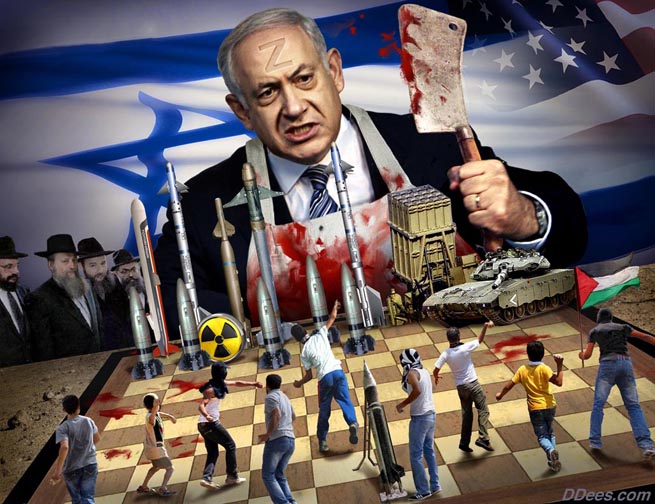 Israel is its own worst enemy, not Iran. The Islamic Republic threatens no other nations. No evidence suggests otherwise.

America is permanently at war. So is Israel against defenseless Palestinians, Syria, Lebanon at its discretion, along with partnering in US wars of aggression.

His latest rant headlined “The Real Next War in Syria: Iran vs. Israel,” saying:

“(A) High Noon shootout in Syria (looms) over Iran’s attempts to turn Syria into a forward air base against Israel, something Israel is vowing to never let happen. This is not mere speculation.”

Fact: Iran is involved in aiding Syria combat US/Israeli-supported ISIS and other terrorists.

Fact: Iranian military advisors alone are involved at Assad’s request. Tehran doesn’t seek a permanent military presence in Syria – clearly not forward bases to attack Israel or anyone else.

Fact: If conflict erupts between both countries, it’ll be initiated by Tel Aviv, not the Islamic Republic – seeking peace, mutual cooperation among all nations, and a region free from nuclear weapons, Israel armed and dangerous with these WMDs.

Admitting he has no evidence backing the accusation, Friedman cited it as an example of impending conflict between both nations.

No credible evidence suggests it. None indicates an armed Iranian drone entered Israeli airspace on a sabotage mission.

Friedman: “(S)enior Israeli defense officials have let it be known that if the Iranians were to strike back at Israeli targets, Israel may use the opportunity to make a massive counterstrike on Iran’s entire military infrastructure in Syria, where Iran is attempting to establish both a forward air base…”

Fact: Iranian military advisors operate from Syrian military facilities in the country. It has no bases of its own. Israeli claims otherwise are false. Friedman turned truth on its head indicating otherwise.

Friedman: “…Israel has no designs on Syria…”

Fact: Like Washington, Israel seeks regime change, actively involved in US-led aggression since begun, aiding ISIS and other terrorists, supplying them with weapons, treating their wounded.

Friedman: Israel “has not intervened in the civil war (sic) there except to prevent the expansion of Iran’s military infrastructure there or to retaliate for rebel or Syrian shells that fell on Israel’s territory.”

Fact: No “civil war” exists. Israel is up to its ears in supporting US aggression on a sovereign independent state.

Friedman: Iran is “build(ing) a network of bases and missile factories in Syria…”

Iran “occupies” no territory beyond its borders. Friedman sounded buffoon-like, ignoring US occupation of Afghanistan, Iraq, and around one-third of Syrian territory, according to its UN envoy Bashar al-Jaafari.

US special forces operate in over two-thirds of world countries, conducting hostile missions, part of America’s global war on humanity, Israel allied with it.

Assad is not Putin’s “puppet,” as Friedman disgracefully claimed. US and Israeli belligerence threaten regional peace and stability – not Iran, Syria, Hezbollah or Russia.

Friedman features disinformation, fake news and Big Lies – NYT specialties. The self-styled newspaper of record is an imperial mouthpiece, journalism the way it’s supposed to be abandoned on issues mattering most.

My newest book as editor and contributor is titled “Flashpoint in Ukraine: How the US Drive for Hegemony Risks WW III.”