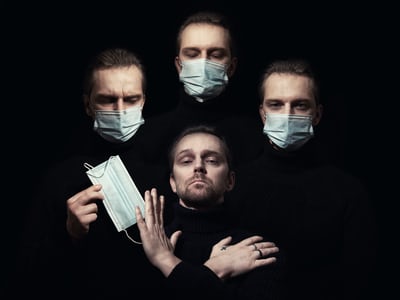 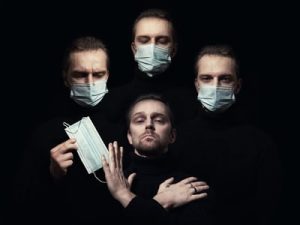 Why have I spent nearly two years asserting that SARS-CoV-2 doesn’t exist?

Because it doesn’t exist.

And as my regular readers know, I’ve offered much evidence to back up that claim, and the claim that virology itself is a worthless sham.

But there is a larger point. I’ve made the point for over 20 years.

I sometimes characterize the operation with this name: The Reality Manufacturing Company.

It’s the oldest company on Earth.

Propaganda? Of course. But more than that—the engineering of perception. Because if they can get people to see how they want them to see, nothing else matters.

Once their perception-package is installed, people have no idea that anything else exists.

And the main forgotten factor? Every individual has his own UNIQUE and DIFFERENT way of seeing. A way that exists outside of any programming.

Which is why I continue to write about artists. THEY are the ones who express their own unique ways of seeing. They always have—when they weren’t bribed and co-opted into going along with the Reality Manufacturing Company’s perception package.

I’ve often written, “Every individual is an artist of reality.”

The virologists in their labs are painting their version—collectively. Of course, they would never admit this. They couldn’t, because they’ve bought the perception package.

On page 1124656789, there is a section on viruses. “They’re everywhere, and they infect people and do great damage, and we must identify and treat and defeat them…”

As long as the perception package is installed, a person can’t see otherwise. He’s captured. He believes there are thousands of distinct diseases, each caused by a single virus. We can thank the Rockefeller Empire for this absurdity.

In the much larger scheme of things, the individual’s gateway into unique perception is imagination.

“An artist who has no imagination is a mechanic.” (Robert Henri)

“Without the playing with fantasy no creative work has ever yet come to birth. The debt we owe to the play of imagination is incalculable.” (Carl Jung)

“What if imagination and art are not frosting at all, but the fountainhead of human experience?” (Rollo May)

“Everything you can imagine is real.” (Pablo Picasso)

“You cannot hear the waterfall if you stand next to it. I paint my jungles in the desert.” (Macedonlo de la Torre)

“I am enough of an artist to draw freely upon my imagination. Imagination is more important than knowledge. Knowledge is limited. Imagination encircles the world.” (Albert Einstein)

“So I believe that dreams — day dreams, you know, with your eyes wide open and your brain machinery whizzing — are likely to lead to the betterment of the world. The imaginative child will become the imaginative man or woman most apt to create, to invent, and therefore to foster civilization.” (L Frank Baum)

“When the imagination sleeps, words are emptied of their meaning: a deaf population absent-mindedly registers the condemnation of a man.” (Albert Camus)

Every fake propped-up reality is a fork in the road, because the non-mind-controlled individual can imagine alternative futures.

I should make this clear: Part of the perception package is the false assumption that the customer, who buys the package, knows everything there is to know, and is independent and free—when he isn’t.

The acid test? Is he creating the future he most profoundly desires? Or not?

The individual has a million excuses available to him—but he has an immense blank canvas in front of him. Who is creating the painting of his future on it? The Reality Manufacturing Company? Or is he himself doing it with great energy and power?