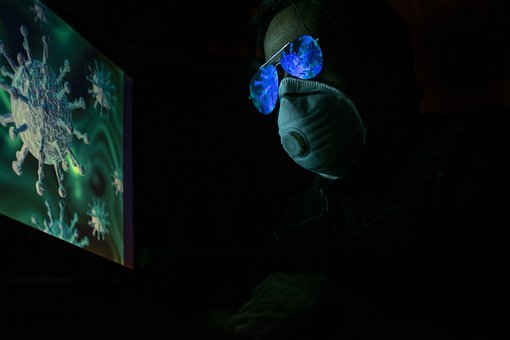 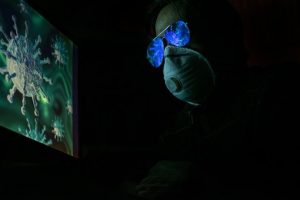 Do we have a launch date set for the pandemic?

I’m still confused about the virus.

There is no virus.

If our people could actually create one—highly doubtful—they would have no idea what it would do. All viruses mutate rapidly. You never end up with what you started with. But selling A STORY ABOUT A VIRUS—that’s a winner. That’s all we need.

How do we sell it? Won’t people catch on right away?

Are you kidding? Our people will develop a diagnostic test for the virus. How they build that test determines the outcome. It’ll register positive much of the time, along with some negatives. And here’s the important point: the technical details involved in constructing the PCR test are very dense. Even many professionals don’t understand them. It’s like speaking Icelandic to a South American tribe in the rain forest. Don’t worry, we’ll get away with it.

And the lockdowns? The quarantines?

They’ll come, trust me. The Chinese will start the ball rolling. They have the force to pull it off. They’ll lock down a few cities right away. Wuhan, for example. Maybe 60 million people. Overnight. It’ll be a startling development. The UN and the WHO will climb on board quickly and praise China for its handling of the crisis. China will become THE MODEL for the rest of the world. Other countries will follow suit.

Who is going to step forward in the West? Italy?

Yes. They’re next in line for big lockdowns. The Chinese regime has enormous clout with the Italian government. So Italy will become the first beachhead in the attack on the West.

America is the key. If they join the club, we’re in. How do we convince Trump to play along?

He’ll cave. We’ll feed him a computer projection of deaths in America. Something huge, like two million. Trump isn’t good with details. He’ll buy in.

But the lockdowns will decimate the US economy. Trump’s whole presidency rests on economic success.

He’ll give in to Fauci and Gates.

Because he doesn’t have the stomach for this battle. He won’t go up against the medical experts. He’s bold in some respects, but on this issue, he’s a wobbler. That’s our calculation.

The news media are ready?

With wall to wall messaging, 24/7. PANDEMIC. Cases. Deaths. There are no dissenters among them. We’ve got that all sewed up. Medical experts pontificating on-air. Fear.

I’m nervous about this. Will it really sell? I mean, how can they construct a PCR test if they don’t have a virus, if there is no virus?

It’s easy, trust me. We’ve done it before. Anyway, your part of the operation comes after the lockdowns. You’ve made a few hundred million doing business with China. You’ll be able to make a few BILLION soon, buying up distressed properties after the lockdowns gain traction.

I’m going to bankroll social justice movements. You know, protests, riots, burning, looting, assault, in major cities across America. It’s a terrific issue, and it’ll be a major distraction from the lockdowns.

I know all about that. I’m copied in on every aspect of the operation. Just make sure all those riots are focused on racism and police brutality. We don’t want any leakage about inner city gangs and drug cartels and banks.

No problem. The gangs distribute drugs for the cartels, the cartels wash their money through banks. It’s a tight fit. Nobody is going to prosecute the gangs as continuing criminal enterprises. That’s off the table completely. The protests will have no mention of gangs as a problem. We’ve got the foot soldiers all sewed up. Hell, some of them ARE gang members. Are you sure the 2020 presidential election is in the bag?

Absolutely. Trump has no chance. By the time we’re through with him, he’ll be persona non grata. Biden is our man. We need someone with SEVERE cognitive deficits in the Oval Office. Only a completely dim bulb, mentally speaking, would sign some of the orders we’re going to put in front of him. Harris is being prepped to step in if Biden has to resign for health reasons. She knows enough of the score. She won’t try to go off on her own. Give her a whiff of the presidency and she’ll do somersaults for us.

Here’s the thing. Forget about Trump. The real danger is all the people who support him. The millions of deplorables out there. They still think the American Republic and freedom are on the table.

I agree. They’re a problem. But there are solutions. We’re going to put a label on all their heads. ‘They’re very bad people. They all want to destroy the government.’ That’s how we’re going to paint them. Our modelers believe there are enough Americans who are beholden to the federal government…they’ll view Trumpers as a serious threat. Very serious. We’ll have that issue covered.

Is the QAnon op going to keep going?

The lights come back up.

Wow, THAT was a hell of a dream—who are you?

What are you doing in my bedroom?

I’ve been recording your dream.

We have it all. Two pandemic planners. Why were you dreaming about them?

I have no idea. Who—

It reflects a certain state of mind. A dangerous mindset. Why weren’t you dreaming about a television show or a garden in the forest? Have you been reading conspiracy literature?

I read newspapers. WHAT ARE YOU DOING HERE?

Something in you must have triggered this dream. A psychological predisposition. A latent dissatisfaction.

That was not the dream of a normal man. Thoughts and dreams lead to conclusions, and conclusions lead to action.

I once had a dream about jumping off a building. I haven’t jumped.

Why are you here?

Checking up on a potential defector.

A defector from what?

What the rest of us know.

Everybody else doesn’t dream about a plan to make billions of dollars buying up distressed properties.

Is that a joke? I wouldn’t know where to start, even if I had that ambition. Which I don’t.

You start from where you are. A man with his thoughts. We need to explore your life thoroughly. You may have connections you’re unaware of. A distant relative. A casual acquaintance. Something may have slipped through the cracks.

I have to be at the office in a few hours. And I want to speak with a lawyer.

About you. This situation. Am I being charged with a crime?

Then I’m free to—

You’re not free. Your status is “suspended, depending on outcome.”

Who told you Kamala Harris would cooperate in a plot to subvert the government?

Where did you get the idea that Biden is disabled?

Nowhere. It was a just a statement a man in my dream made. I wasn’t speaking at all. I was watching and listening.

I wouldn’t advise trying to deny responsibility. I didn’t have the dream. Your neighbor didn’t. You did.

The kind of dream you had was aberrant. What makes you think there’s going to be a pandemic and it’s some sort of plan?

Why do you care about my dream?

Because some fantasies are dangerous.

And some are meaningless.

The key is the content. You were constructing a conspiracy scenario. Do you have an opinion about viruses?

I’m going to leave now. By tomorrow, you’ll wonder whether this conversation actually took place. If you reject me, think of this event as a warning from your subconscious.

What are you going to do?

Even while I’m asleep?

Listen carefully, sir. You’re always asleep. In the dream, you woke up for a minute or two.